UP THE MALACCA STRAITS

Soane operated at the tipping point of the industrial revolution, witnessed the birth pangs of the modern world. He began his career seeking the favour of aristocratic patrons, but through his work with the directors of The Bank helped to define the modern conception of the commercial / professional architect. The RIBA was founded shortly after his retirement and received it's royal charter in the year of his death. 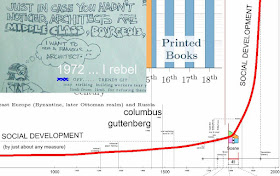 It has taken me 40 years longer than my contemporaries (from the class of '72) to get around to joining this club, which to be fair is no longer quite the elitist institution it was once felt to be.  Still feels a bit odd, to be honest, I guess I will never quite shake off those anti-establishment blues. 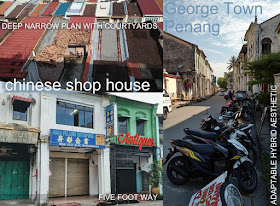 Soane was under constant pressure to design more economically and in some ways this drove him to develop the innovative simplifications and abstractions that we tend to value in his work.  I guess it has become one of the obsessions of the modern architect to somehow cut through the fog of tradition, revealing solutions that increase functionality while reducing cost. 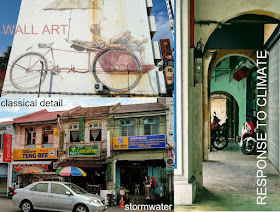 Measurement as currency is an interesting idea: systems of common units that allow us to compare and exchange disparate elements, modular components like bricks, getting paid by the hour, coins and bank notes.  These are fundamental to civilisation, urban life, that whole giant progress trap with all its mixed blessings.  Do we want to continue down this road, constantly measuring our worth in dollars and cents? Can we really compute the value of life?  Do we like Soane's round-arched brick mode because it's cheap (ROI), or because ... well it's HOT! 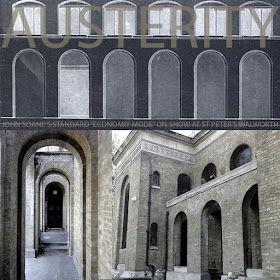 I am fresh from a weekend in George Town on the island of Penang, hence the images.  It's named after King George III, the ruling monarch for much of Soane's life.  It was founded by the East India Company, a private corporation, like the Bank of England which also acted as a proxy for the state in many ways.  That was 1786, two years before Soane's appointment by the Bank and the beginnings of England's successful bid to challenge the Dutch dominance of the Spice Trade.  This was a company that had already made vast profits from the cotton trade, tapping into ancient traditions of urbanism and long-distance trade all across South East Asia, the Indian Ocean, and up the Arabian Gulf. 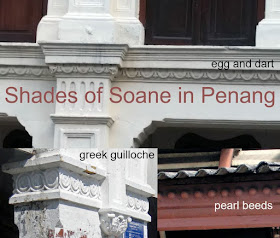 All across this region there is a hybrid urban culture: Chinese building forms fused with the classical traditions so dear to Soane, and blending over time into Art Deco and ultimately mainstream modernism. Soane loved to collect, measure, catalog, compare.  Perhaps his rise to prominence from a humble background was only possible because of England's aggressive policy of commercial and military expansion.  Francis Light, who founded George Town was the illegitimate son of an English aristocrat, as were so many of Europe's colonial adventurers.  It's fascinating that the ruling elite was so adept at incorporating talented commoners like Soane, and tainted offspring like Light, into its schemes.

So I turned 66 the other day.  Two thirds of the way to 99, (on the off-chance that I make it.)  Eating healthy has become an obsession and I am horrified by the food that gets dished up at conferences like BiLT Asia that followed on from my Penang visit.  It's nobody's fault in particular.  The hotel offers healthier food, but at a cost. The conference organisers work to a tight budget.  You can get healthy if you ask for it, but that's not really solving the problem.  More like bribing off the more vocal protesters so as not to have to change the system for the masses.  It's no secret, obesity is one of our biggest health problems. Sugar is far worse than tobacco, but we let supermarkets sell it aggressively to the under fives, right by the till. 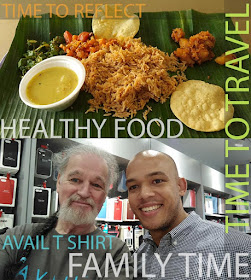 George Town offers a taste of times gone by: simpler, more communal, messier, more open, less sanitised, less politically correct, looser.  Are we headed for a world beyond work?  What will "competitive edge" and "goal driven" mean in the age of driverless cars and robot factories when we get paid a basic living wage for two days of "community service" per week?  And what will that mean for BIM?  Why are we so focused on production, production, production, when we have a thinking tool at our disposal that combines visual richness with embedded intelligence and structured information?  Why can't we use it to think about the lost values encoded in our urban histories? 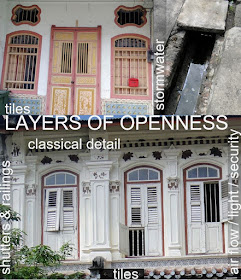 What if the world beyond work is the age of the BIM pencil?

That's the kind of future I want to see: a world where Return on Investment is measured in Insights per Week, rather than Dollars per Hour.

So anyone out there want to do an open-source collaboration modelling Chinese Shop Houses in Revit?
Andy Milburn at 10:20 PM
Share