Why am I so hooked on puns & double-entendres in my blog-post titles ?  OK so it catches the attention, & hopefully starts people off in a jovial mood, but I don't think that's really it.

Arthur Koestler, in his classic book on creativity suggested that humour, artistic inspiration & innovative science share a common thread based on the unexpected justaposition of previously unrelated ideas.  Charles Mingus had a trick of asking musicians to improvise in unfamiliar keys, throwing them off balance and creating a tension in the music.

Why call an annual conference a university ?  What is a university anyway ?  Are you hoping to gain the latest tips & tricks, or to market yourself and your products ?  Is everything pre-arranged to run like clockwork ? Shouldn't it be more of a challenge ?  Hey You !  What do you think the real problem is ? 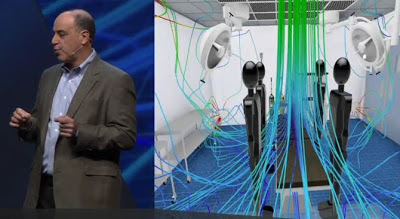 I've been watching some of the videos from Las Vegas, drinking in the atmosphere, skimming through the feedback from some of the attendees.  Also reflecting on the aftermath of our little event here in Dubai, the motivational effect on the group we sent along from GAJ, the value of having to work up and rehearse a presentation.  There are some negative responses out there to big Carl "going on about the cloud again", but for my guys on the ground out here it was an eye-opener.  There are always problems when your mind races on ahead of your body.  It's easy to "get" the cloud and race ahead in your imagination, but until thousands of people have banged their heads against the daily realities for a couple of years, BIM 360 will remain another of those cute little futureful videos that seem to be so popular these days. 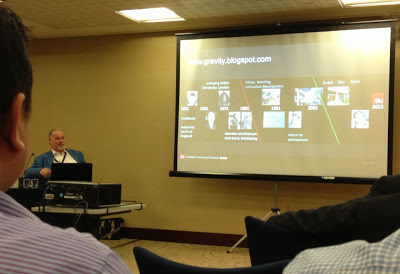 I am inspired by what Autodesk are doing, and by the "democratisation" of design-build that is being imagined and pioneered by people who grew up with computers in the urban centres of "the west".  But there is a slight unease at the edge of my mind as I watch those keynote presentations, and there are two elements to it.

Firstly it's the taking for granted of "innovation and growth" as unquestionably positive values.  I am no luddite and I'm certainly not scared to re-think the wheel from time to time, but I also like to pause for breath.  In some ways we have become "change junkies".  As a species we evolved a way to disconnect adaptation from it's biological constraints.  Call it culture if you like, but we have also been compared to a virus, or a weed species.  We invade new habitats, grow faster than everything else and then ?  Biology predicts a population crash at some point. 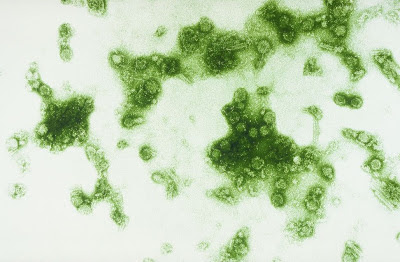 We all know this stuff.  So what ?  I don't have all the answers, but I think that we need to look for a balance.  There is a danger in hyping it up all the time, looking for the next big thing, out-guessing the competition.  What about quality of life.  What about the wisdom of the past and the rich cultural heritages that we keep sweeping away in our haste to innovate ?  Which brings me to my second point and back to where I started. 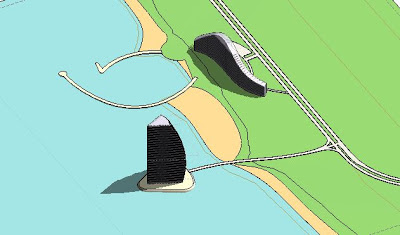 AUX in Dubai was a simple, home-made affair.  It was very different from the main event because culturally the Middle East is a different world.  Hardly a day goes by without an opinion piece in our newspapers suggesting that the USA needs to listen to what the Arab world has to say, to try harder to understand, to adopt a more responsive policy, etc etc.  It's a little formulaic, but all the same there is some truth in these sentiments.  As a long time autodesk software user, I have often felt that, what's the correct word ?  We talk of Eurocentric, and we have "Americanisation".  What is the word for the way US companies do things their way and hardly seem to notice that the majority of mankind face a different reality ?  I don't want to sound negative here.  My blogger map is dark green in the top left corner, with a few patches of pale green and lots of white everywhere else.  Two thirds of you are following me from the states, and it is not my intention to offend you.

I do think it is in your best interests as a nation to think hard about leadership.  Don't all the great american leadership gurus tell us that good leaders listen and guide ?  I'm not an expert on that stuff, but I've a feeling it goes something like that.  Inspire your workforce, delegate, let them blossom, and LISTEN to what they have to say. 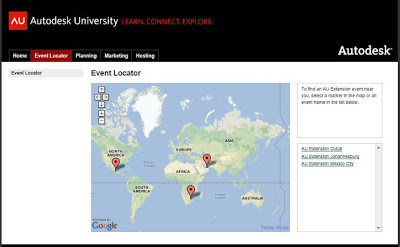 A little research has established that there were 3 AUX events this year: Dubai, Joburg & Mexico City.  Lynn Allen was the keynote speaker in 2 of these, I didn't establish who took that role at the 3rd, but I suspect they were fluent in Spanish.  Lynn was great and I am kicking myself now for not being more aggressive and introducing myself.  I almost picked up the courage to gatecrash the Autodesk table at lunch, but then our local agents came up and asked me to join them.  No big deal, but it brings me back to the main event videos.  There was just this little nagging feeling in my mind that it was so ... American.  "The kid was great", of course I agree, but why a precocious young American who has 2 computers, a tablet & a smartphone.  Why not a Ugandan who walks 8 miles to school every morning in bare feet.  Surely that would be a much more accurate picture of the typical 21st century 10 year old.  What story would she tell about the democratisation of making stuff ?  Perhaps she makes the most amazing wire toys to sell to tourists, or possibly cuts up used tyres to make sandals. 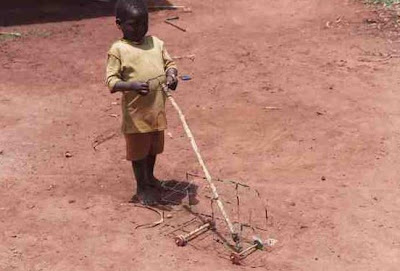 I'm just throwing that out there.  BIM is about collaboration and integration.  It's about a global industry finding a way to do things more openly and transparently, more intelligently and responsively, more sustainably and responsibly.  Autodesk and the community of enthusiasts that they nurture have made a huge contribution.  I applaud them, and I'm inspired by the challenging ideas they constantly generate.  In my view they have done a fantastic job of setting up networks, employing strategists, conducting research projects and predicting trends.  I just hope they are starting to ponder the need to "open up & let go" to find ways to "de-Americanise" technology.  It's not a slogan.  It's a very deep and difficult mission, and hugely important if humanity is to survive another century of "progress" 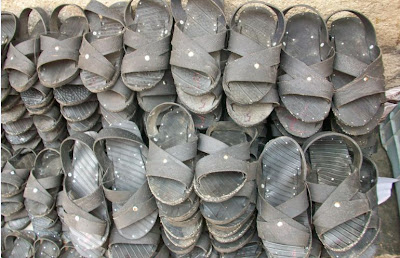 I met Phil Bernstein a couple of times some years ago and he always has something interesting to say.  I enjoyed his illustrations of drawing techniques from the past, it's a topic that also fascinates me.  But was he saying the same thing as "the kid" but in a much more nuanced way ?  Were the designers of the past (Leonardo/Alberti) limited by the technology available to them ?  In an obvious and crass way the answer is yes, but I can't help wishing I shared those limitations.  Of course Digital Prototyping is a revolutionary new approach and BIM is much more than just another drawing tool.  But on the other hand, what do you mean "just drawing".  Was Leonardo "just drawing" when he traced the circulatory system of the human body ? 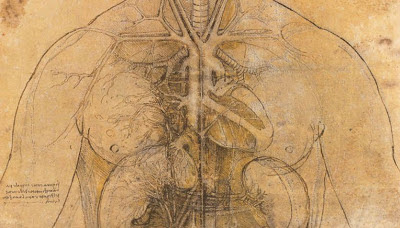 Drawing has been a huge part of my life.  It's fundamental to the way I think, and Revit has joined the pencil as my "tools of choice."  For me, drawing is all about understanding.  What's the slogan ... Learn, Connect, Explore.  The main reason I'm hooked on Revit and BIM has nothing to do with ROI or clash detection.  It's a better way to draw.  And drawing has nothing to do with lines, arcs & circles.  Leonardo wasn't thinking "now I'll draw an arc".  He was exploring how the human body works.  He was thinking, "I wonder why we are made like this ?", and his hand, eye and brain were working together seamlessly to explore the possibilities: connected, to explore and learn. 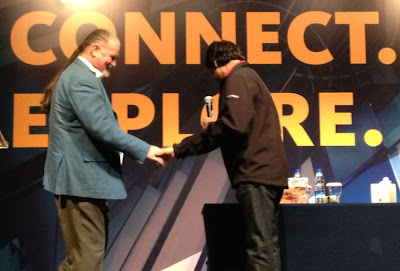 I am hooked on Revit because it's a great drawing tool.  I have pencils and paper scattered all over my desk because they are also great drawing tools.  I used to lay bricks with a trowel & a spirit level.  They are also fantastic tools and I wish I was still young and fit enough to go outside and build walls.  I'm not very excited by digital printers to be honest, but I'm sure they can also be used to think with.  Let's embrace new technologies, but let's not sweep the past away without a care.  Automation is NOT always better.  I experimented with computer aided music for a while, but in the end it felt sterile. Music is a social art, it's about emotions and interactions between people.  Live music.  Two words capture it.  Charles Mingus understood that.  How do you tell a computer to play in an unfamiliar key ? 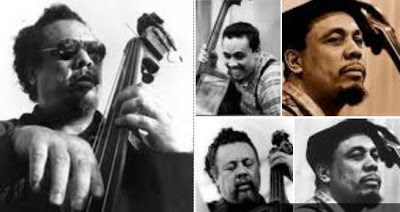 So the internet generation of the West is charting an interesting course, but they had better be aware that they don't own the future of the world, nor do they have the right to erase the past.  If they truly want to be connected they need to factor in the youth of Africa and set their minds to the hard task of figuring out what is holding back millions of eager young minds and bodies from fulfilling their potential.  It's not lack of American aid.

How do we find our way from where we are now to a more equal and open world for all ?  Can all those super-computers in the cloud figure that one out ?  Perhaps we need to focus on People and Teams, but within a much broader context. 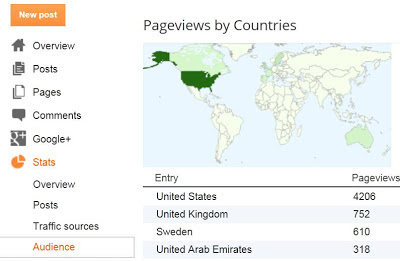 So Hey You !  What are you thinking about ?  How can we make the world a better place ?  Those are the kinds of question that the word University conjures up for me.
Posted by Andy Milburn at 10:59 PM