CHARLES OF THE FOUR FOUNTAINS


This is a quick and dirty one.  Maybe it'll lead somewhere, maybe not.  You can blame Matt Jezyk for this.  A comment he posted on Zach Kron's Pantheon dome (long back) caught my attention about 18 months ago (when most of this work was done).  This is the building Matt was referring to:  Saint Charles of the 4 fountains (my translation)  Just take it as a starting point for an exploration. 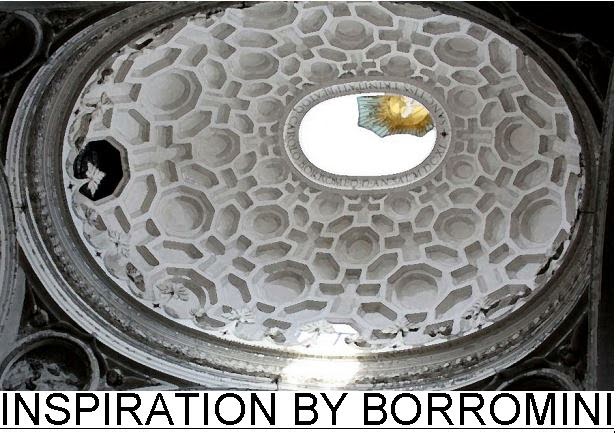 I started by sketching the basic idea.  Oval dome, divided service based on rectangular pattern, curtain panel by pattern

Next came a drafting view to figure out the basic tesselation and derive a spacing for the grid.  There are some root 2 values in there because of the octagon, so I used 4 decimal places.  It's nice to know that the reference lines in the curtain panel template follow each other around, so you can select 4 points and type in their position (fraction of 1).  Then select the next 4 and ditto.  Speeds things up a bit, but this stuff takes a while.

Join them up in pairs to make a grid, turn these into reference lines so they don't show up in the host project.  Then there are lots more points to host on a line and move up to the crossing point using host by intersection.  More spline by point to join up pairs & eventually we get some loops that we can use to make geometry.  I opted for tube sweeps because that's the easiest and I wanted to test something out before investing more hours in developing a detailed solution. 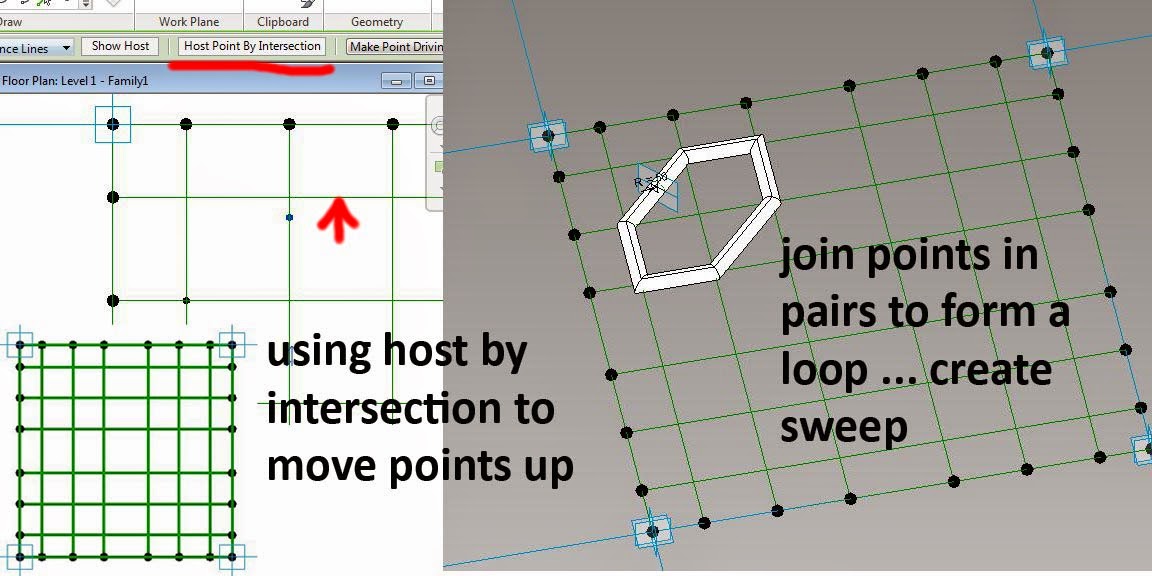 The dome itself is made from 3 profiles placed at different heights and scaled appropriately.  I tried a couple of methods & the best way to get a continuous grid turned out to be using spline by points, 2 of them, one for each half.  Divided surface for each half of the dome uses a 2x4 grid, 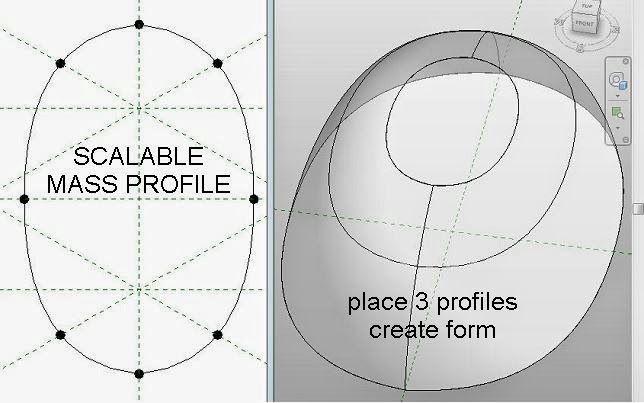 Load the curtain panel component and populate the serface.  The result is quite interesting.  It cuts the corners, which is not good, but otherwise it is quite promising.  One of these days I will make an adaptive component with 9 points and use this to simulate a panel that wraps itself around the curve. 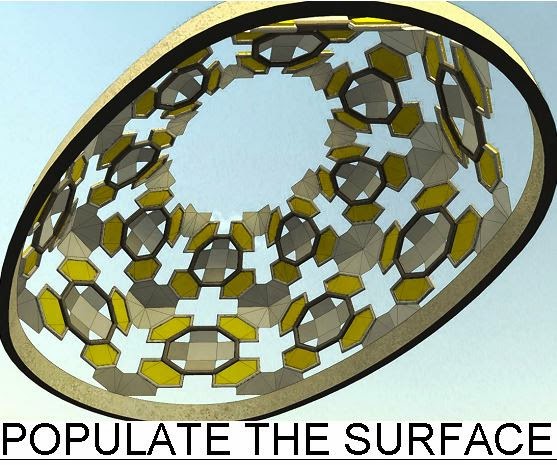 That's for the future.  Back to the past.  I wanted to put the dome into context, based on bits and pieces of reference material I've picked up over the years. 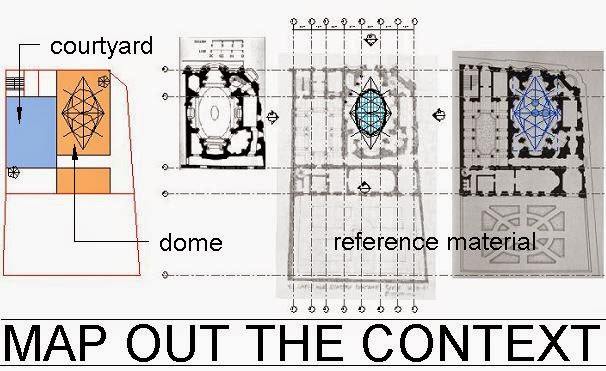 The geometry is typical Borromini.  Triangles, Circles, Elipses.  I mapped this out and placed the main columns. 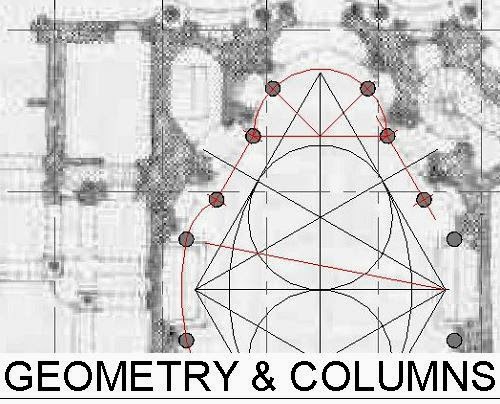 But how high to make them?  I didn't have a section, so I did a bit of drafting over an internal photo.  It's a starting point at least. 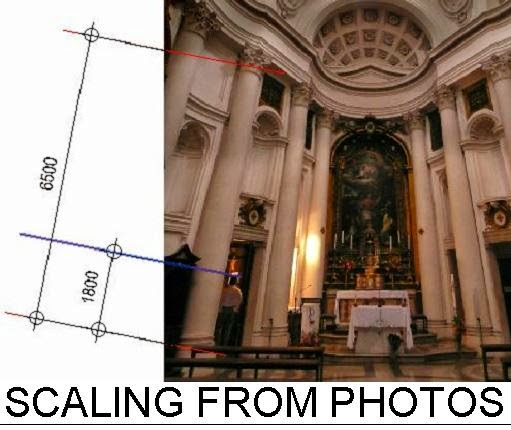 Add a ring beam over the columns, an apse at one end and an arch at the other.  Then an ellipsoid ring beam to support my "divided surface dome"  Looking at it now the columns appear too short. 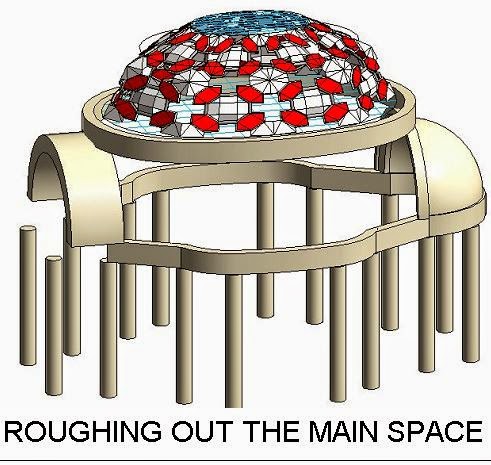 At this stage I usually take a couple of camera shots to compare my model to actual site photos.  Try to pick up mistakes in proportion early on. 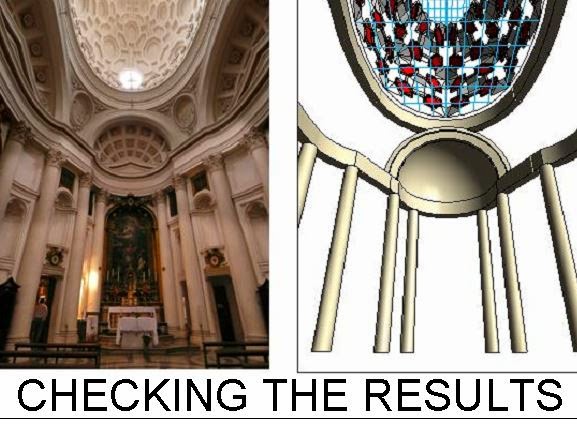 That's as far as I was able to go at the time.  It's been sitting there waiting for long enough so I decided to share.  Makes an interesting complement to the St Ivo studies. I do hope I can find another weekend some time to take this to the next level.  It's a building that made a big impact on me as a teenager when I first started to take an interest in architectural history.  I haven't even started on the faced yet, which is the element that first caught my attention.  Virtuoso interplay of concave and convex forms.

But even this brief study has given me a much better understanding of this fascinating building.
Posted by Andy Milburn at 6:24 PM