Recently I've been making some families for "traditional" Gulf architecture.  I don't want to get too deep into a discussion of what is "correct" and "incorrect" when following a traditional style.  Traditions are always works in progress, subject to change, influenced by other cultures.  Societies are living, breathing, messy groupings that share certain things in common but also embrace conflicting forces. 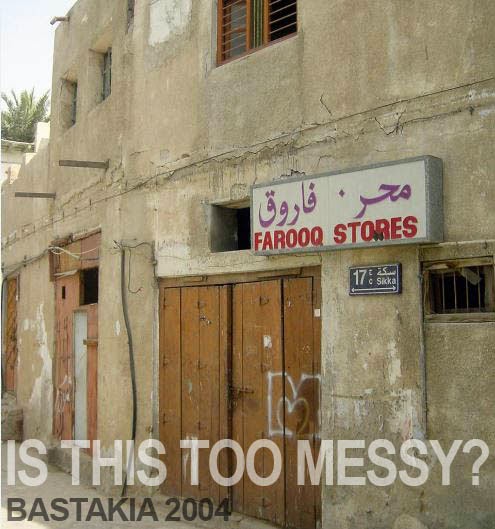 Here is a picture of the Shindaga district at the mouth of Dubai creek.  It has been refurbished quite recently and not everyone will be happy with the way that has been done, but it gives an impression of some of the main qualities that we try to capture when working in the "local style". 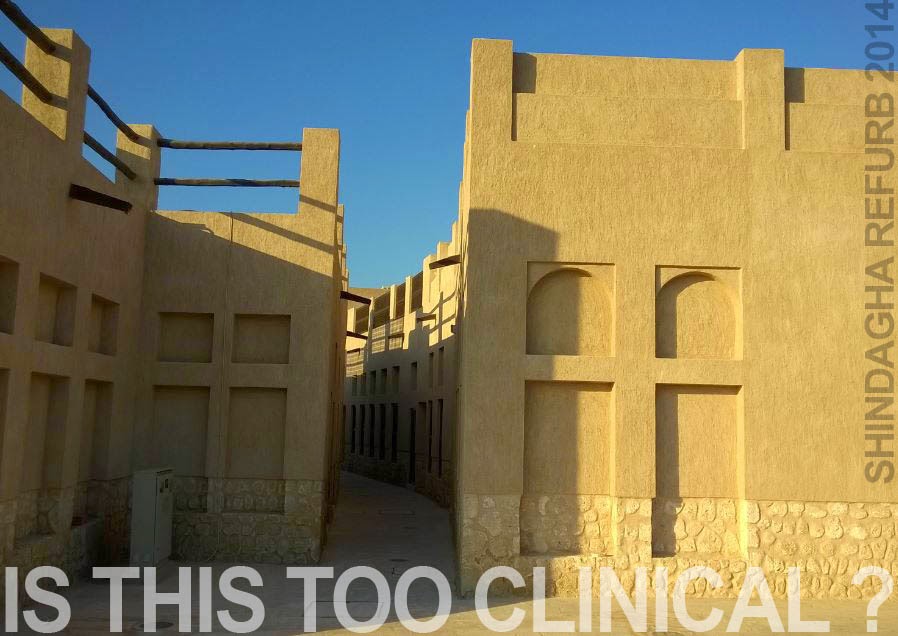 Streets are narrow and irregular, walls are rough plastered with mostly square niches. Roofs are flat, often acting as terraces with timber balustrades in places and drained by timber gargoyles.  Rainfall is a rare event but can he quite heavy when it comes. Beneath the plaster, walls are often built from roughly coursed coral blocks. 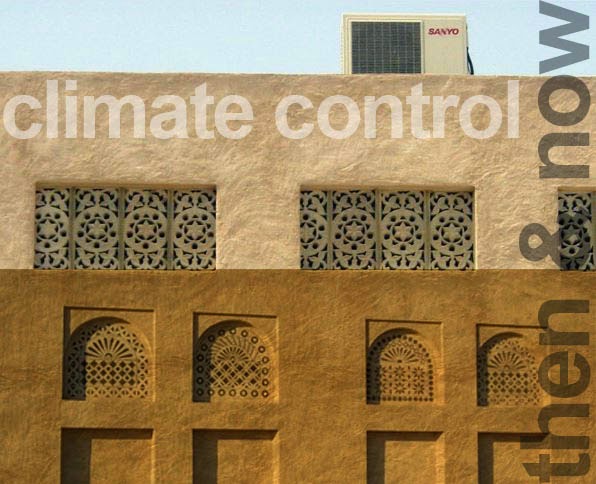 There are carved or moulded gypsum screens that offer a mix of privacy and air movement.  The ones shown here are geometric, but floral designs are also common.  The next picture illustrates the living, breathing mish-mash concept I posited earlier.  It was taken this christmas and that's my son Joe enjoying a break from the Austrian winter.  The camels are laid on for the tourists and in the background you can see plastic water tanks, satelite dishes and air conditioning equipment: a typical Dubai roofscape. 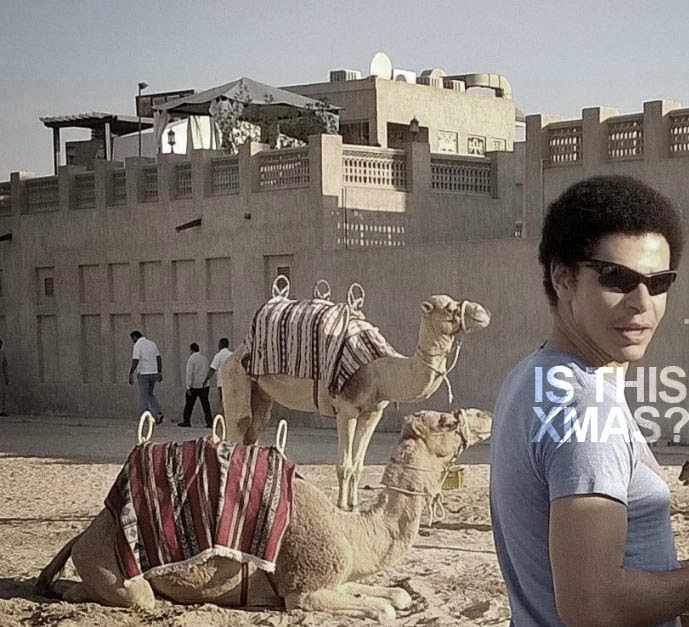 Below are some quick families I made for more decorative recesses.  The ones on the left have a fixed width and variable height.  It would be possible to make them more parametric, but I don't see the point.  It's easier to duplicate the family and scale the decorative motif up or down manually to create a new size.  In reality these will probably be GRC mouldings so you want 2 or 3 discrete sizes, not an infinitely variable range.  The floral motif is fixed in both width and height of course and would be virtually impossible to parametrically. (perhaps with a ridiculously heavy Point-World family ?) 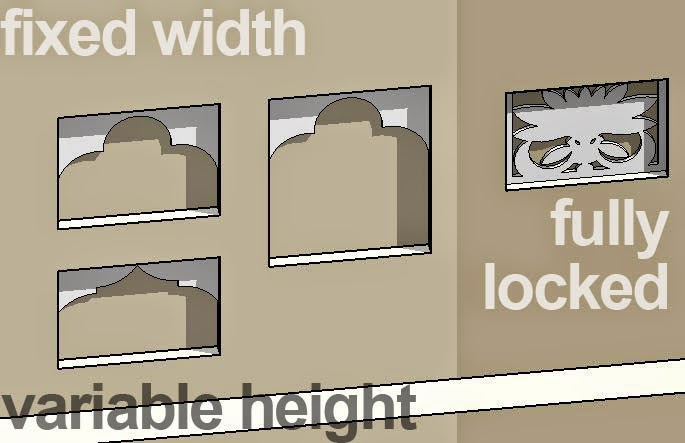 Windows were generally quite small, barred and shuttered, no glass.  Today we have air conditioning so there will be a sheet of glass somewhere.  It's quite common to have a fixed pane between the shutters and the bars. 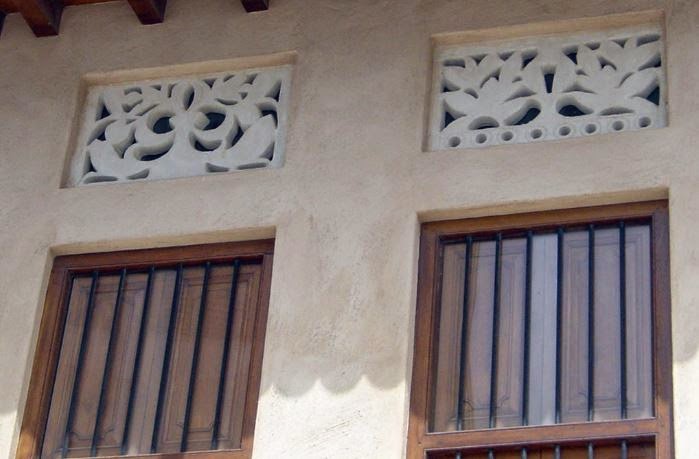 We are considering having two sets of shutters, the first layer glazed, and the inner layer blank.  The ones shown here don't yet have the inner shutters. 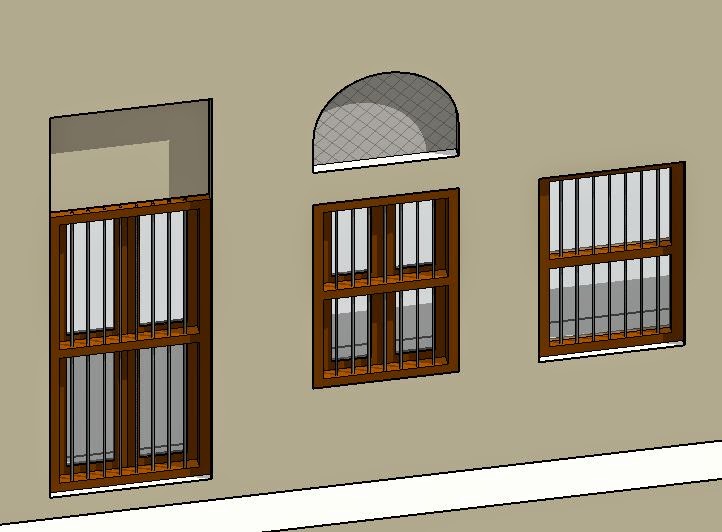 For a while I considered the possibility of a window family with multiple options for parametric recesses that can be swapped in and out.  The advantage here is that the recesses would automatically move and resize with the windows.  The disadvantages include daunting complexity for end users, a tendency for embedded detail to show up in plan views when not wanted, and most importantly the difficulty of scheduling the windows and recesses separately.  Yes we could use shared families, but that would negate the linking of width parameters.  Anyway I opted for separate families.

Arabic doors can be very beautiful: chunky, richly carved and embellished with metal studs (nails really)  One day I will model one of these in greater detail, but for a project we need simplified representations to keep model performance within reason while conveying the design intent and making the different types recognisable in an elevation. 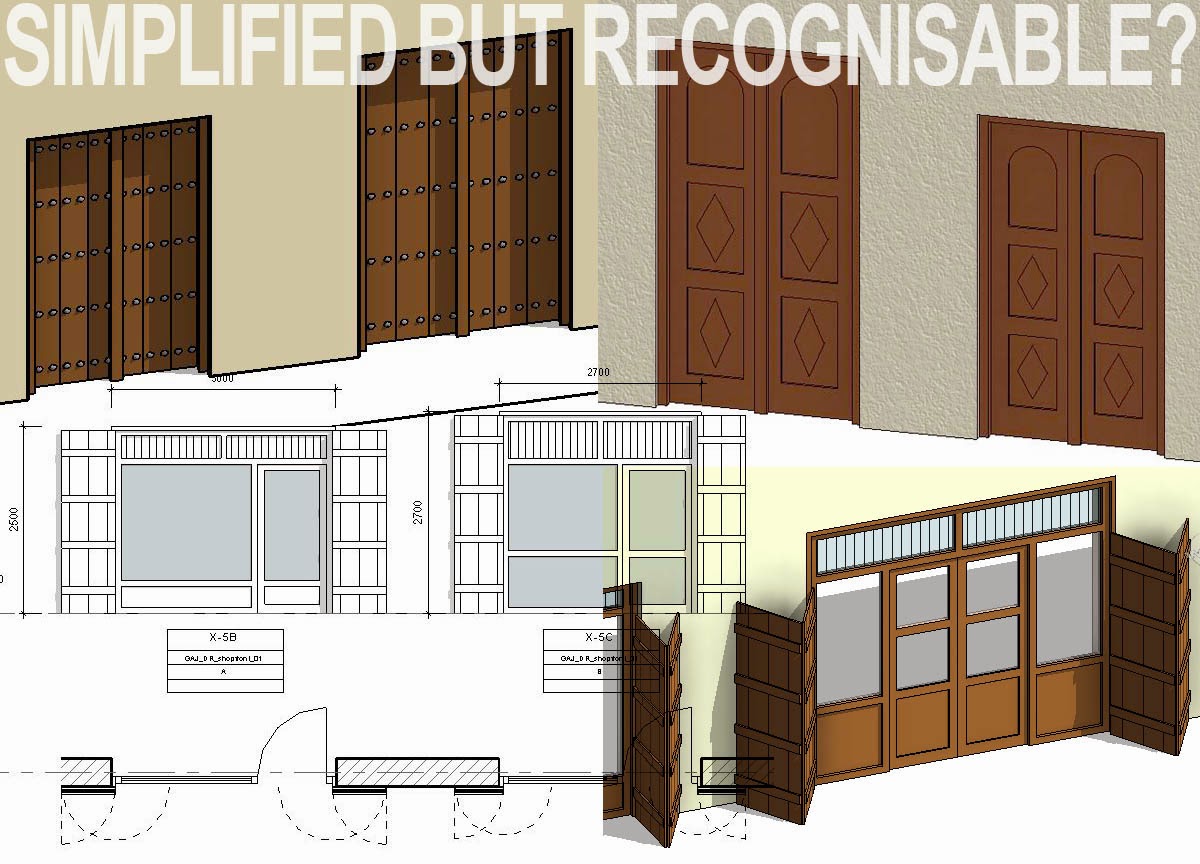 The basic concept features two leaves, inward opening, with a vertical bar attached to one leaf, forming a rebate.  This is often notched & ornamented, even if the rest of the door is plain.
While working on this post I added shutters to the window family.  I've placed these in the open position, which is how they will normally be during the day. 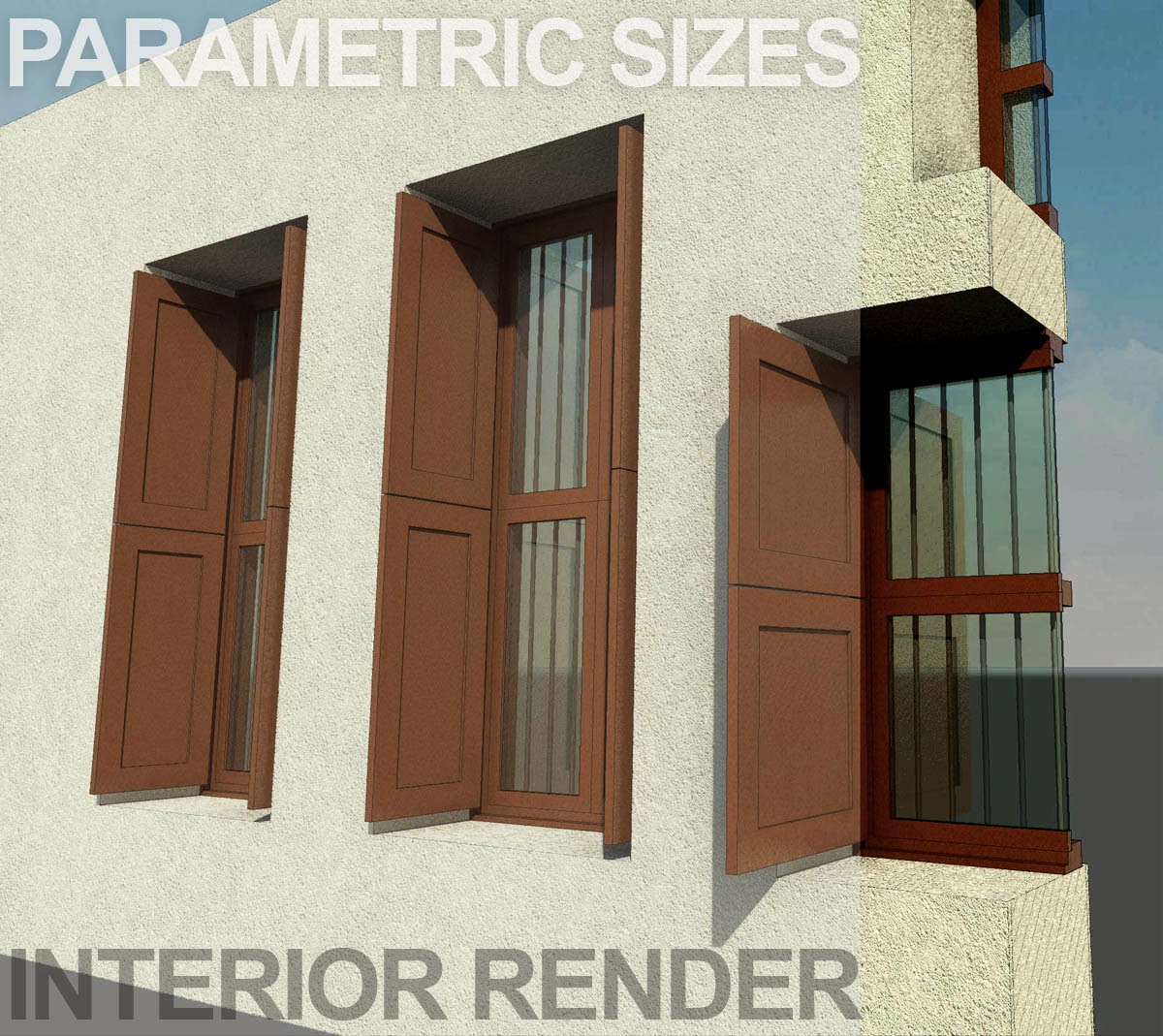 If I was doing this family for a historical study or educational exercise, I would consider having a choice of shutter position perhaps using instance visibility parameters.  It would be nice to take a shot from the outside with the shutters closed.  But for a fee earning project with some 50 buildings all linked to a central model ... I'm already worried about overmodelling.  Better limit the file sizes, constraints & parameters. 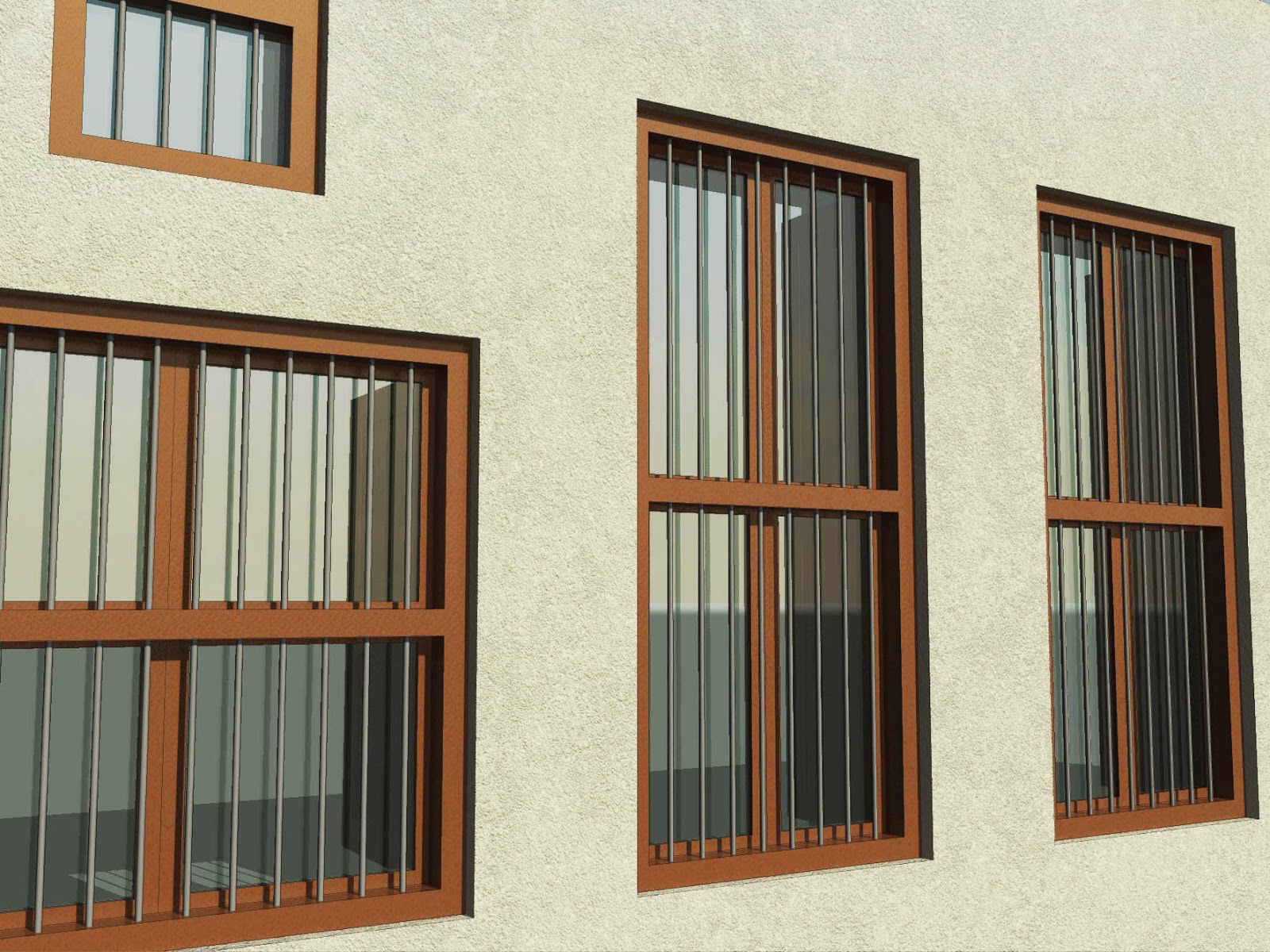 While we're talking practicalities, there is the question of how a detailed family will look in the General Arrangement plans.  What do you show and what do you hide ?  What appears in symbolic form ?  Everyone will have different ideas, but in this case I have turned off the shutters and the glazed panels in plan views.  The inward opening mechanism is show with dashed symbolic lines.  Strictly speaking there should be two sets, but I think this would get far too busy, especially at 1:100. 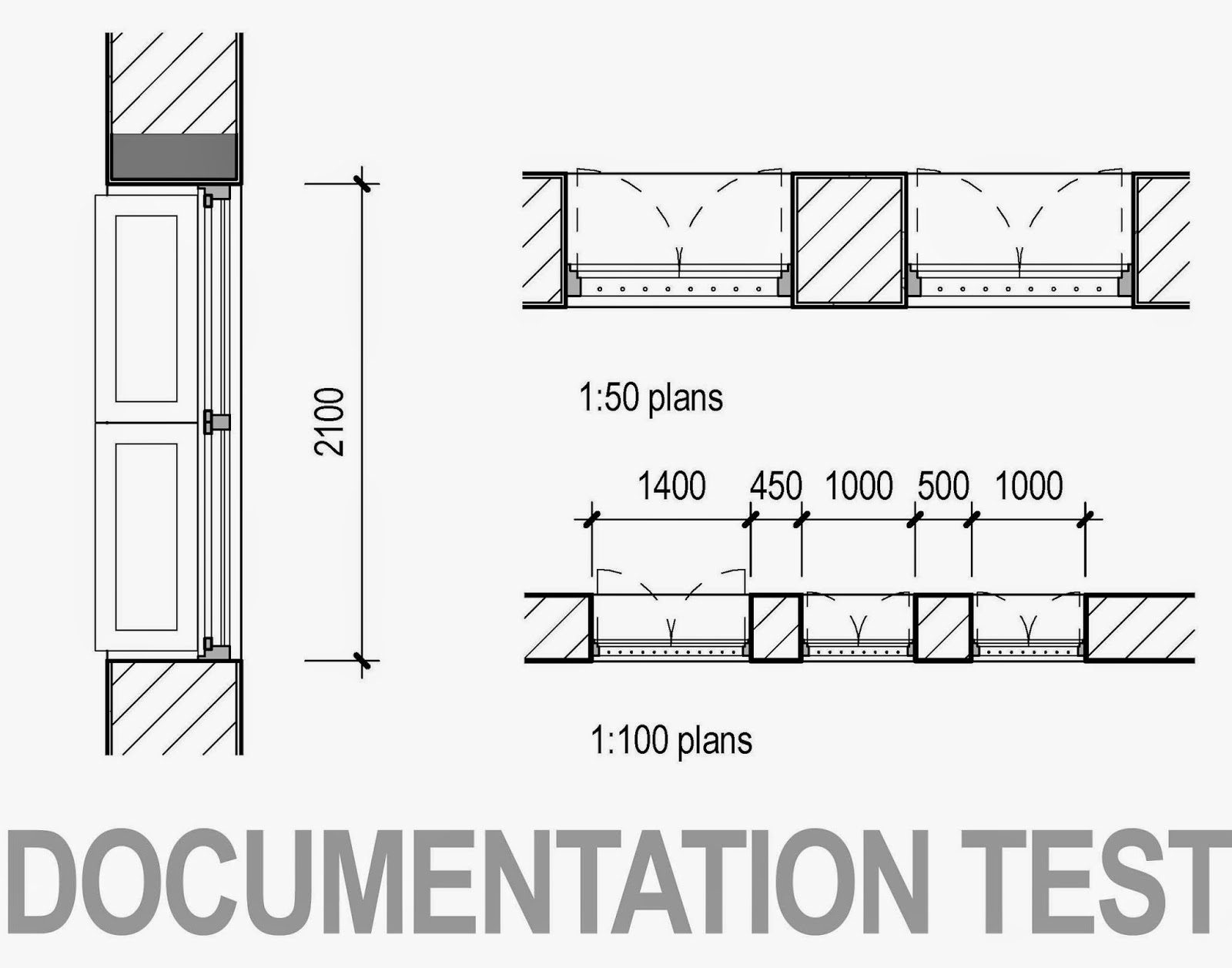 The next image zooms in on a section at 1:50.  On the left the glass is turned on which results in a rather ugly thick black line.  So I chose to switch the glass off in left/right views.  If we do callouts at 1:10 or 1:5 we will need to do some drafting over in any case, so we can pick up the glass with a detail item. 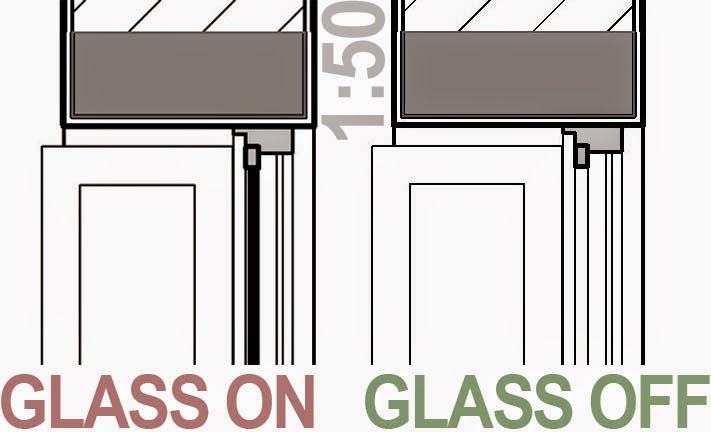 Something rather strange cropped up while working on this family.  I had never tried to activate a section box in family editor before.  Strange behaviour.  It works on nested components, but not on geometry made directly in the family.  It does work on host walls (the placeholder walls within family editor)  Also you may have noticed that object styles has very limited capabilities in family editor mode.  You can't change the appearance of section boxes for example.  Also they don't hide properly, which is to say that they don't hide at all, but remain stubbornly in the foreground. 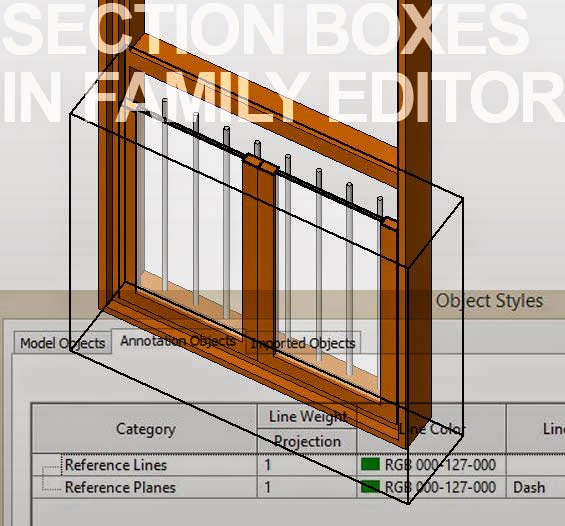 Strange how you can use a programme on a daily basis for 10 years and still keep discovering things.  Maybe I'm just a slow learner.  I prefer to see myself as a tortoise:-)

So we have an interesting window, updated from a type that was common in the gulf region in the late nineteenth and early twentieth centuries.  I'm not sure if it goes back further than that, possibly.  There are three distinct layers dealing with security, air seal & privacy respectively.  The air seal layer is a modern innovation.  "Traditionally" if you wanted an air seal (unlikely without A/C) you had to forego light and vision also. 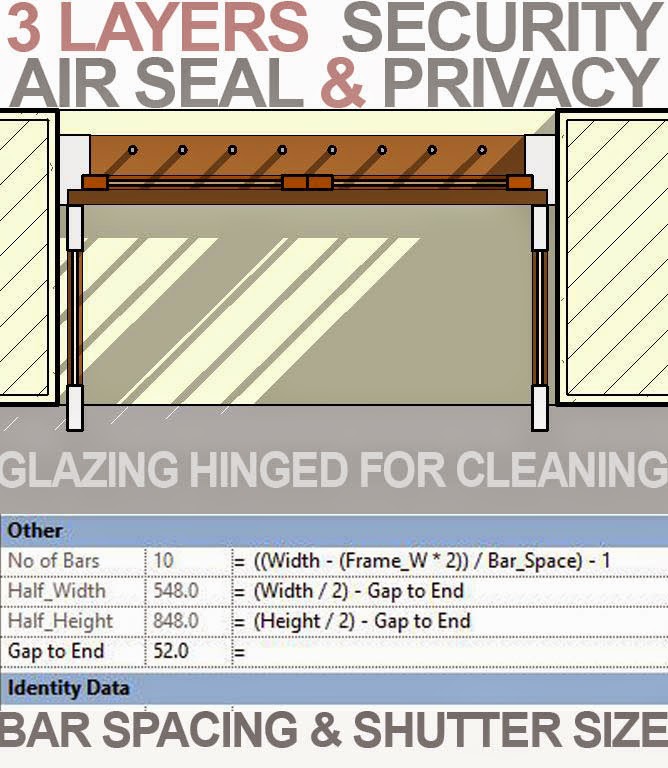 I would very much like to take this study one level deeper and put it into the context of traditional wall and roof construction, show the oil lamps that hung between the windows internally.  Time is the eternal enemy. But I do have the beginnings of a techno-historical exploration to stand alongside my previous work on timber sliding sashes and standard steel windows. 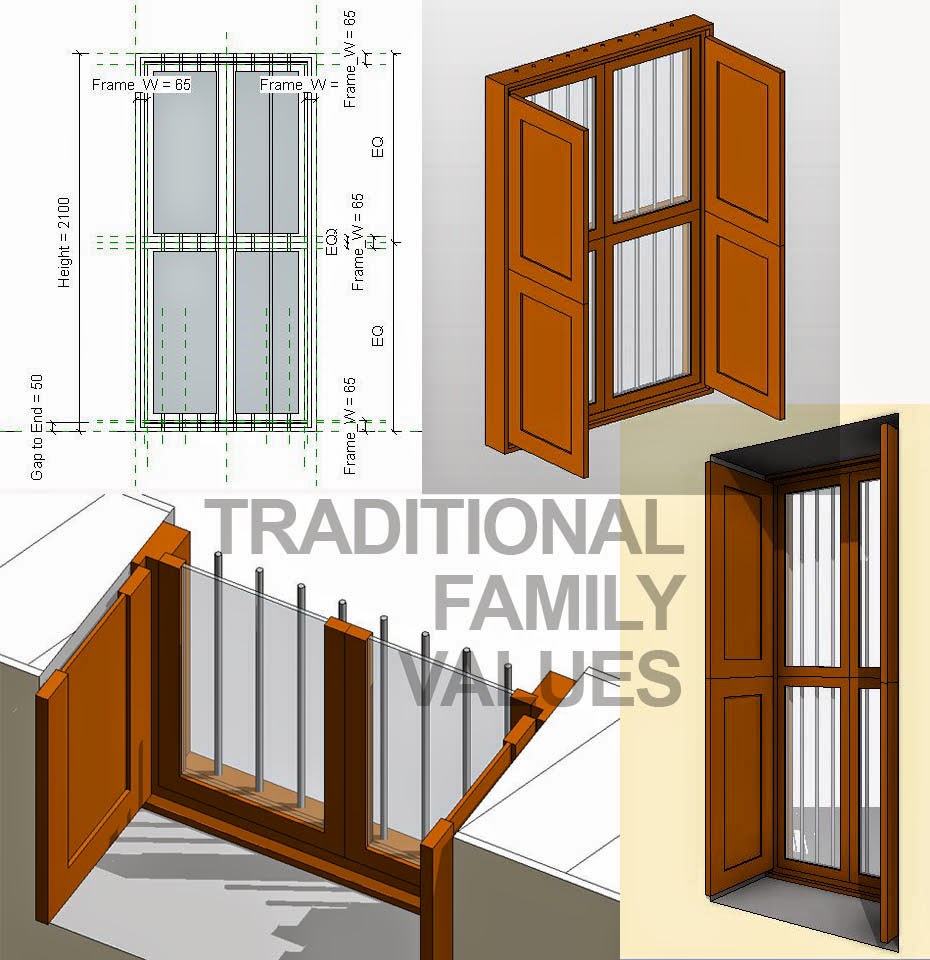 It would also be nice to look at some other aspects of Gulf Architecture, the well known Wind Towers, the occasional use of elaborate decorative arches & corbels, the ceiling treatments and timber gargoyles.  These days there are far more fake wind towers than real ones, I'm not sure if there are any that are truly operational in inhabited buildings.  It would take a brave soul to do without air-conditioning in this climate.  Perhaps they could come back as devices to bring cooling breezes to external terraces during the hot season.  Would make a nice change from the electric fans you see sometimes at pavement cafes. 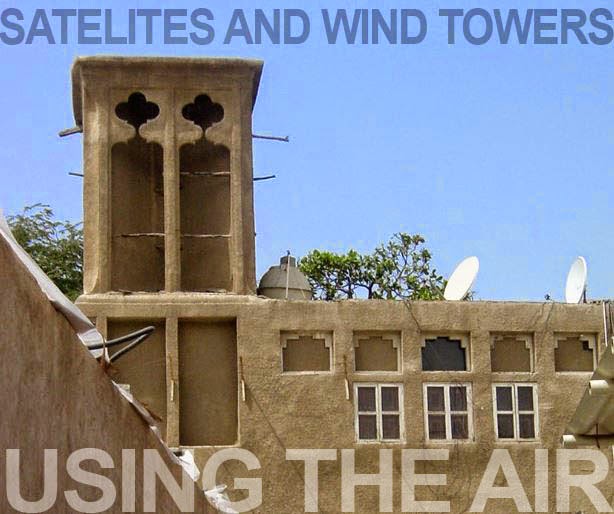 In the information age the air has become a medium for electronic communication.  In Dubai we live in the fast lane.  We drive too fast, we crave the latest toys, we wish to be the biggest and the best, we consume too much.  I guess the same can be said of North America and much of Europe.  We speak of underdeveloped countries, but rarely of overdeveloped societies, and yet we also yearn for simpler times, for the real, the honest and the natural.  We feel that we have lost something elusive that can be glimpsed in old buildings and vacations to exotic, "untouched" regions. 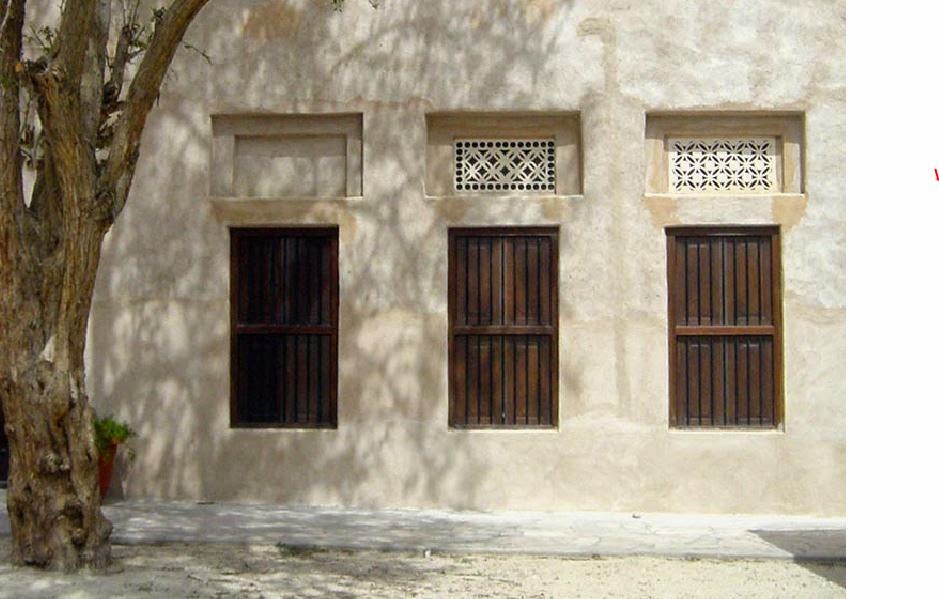 Perhaps we have put too much faith in "progress".
Posted by Andy Milburn at 8:04 AM