Entrance Court, Entrance Building, what needs doing, what don't I understand. The external Facade is Soane's work, quite different from the original treatment by Sampson. The internal elevation, facing into the courtyard is essentially Sampson, but Taylor must have glazed the side bays at ground floor level. His East Wing allowed the Transfer Offices to move out from the upper floors, which were then converted to residential apartments. Behind the new ground floor glazing there kitchens and parlours at one side, a porter's lodge at the other. 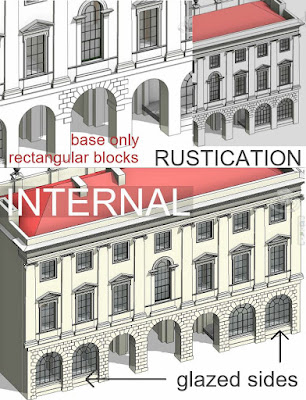 I added rustication to the ground floor of this inner Facade, giving equal weight to horizontals and verticals. These are loadable, wall-hosted families. Just a stick-on veneer. Maybe we will rethink that later, but for now it's a quick fix. 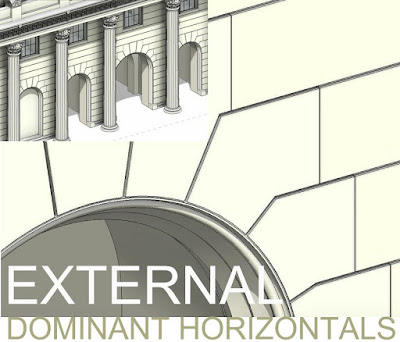 Externally, Soane chose to disguise the vertical joints. I've created new wall types with a series of horizontal reveals. The joints are diverted where they pass over the three entrance arches, creating a keystone effect. More loadable families. I had done the side arches long back but the central one needed to be reworked. 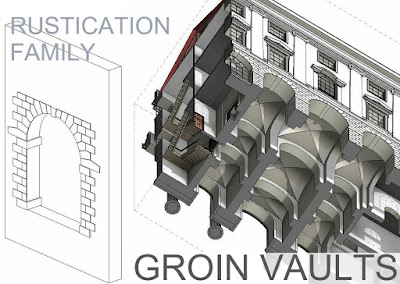 Finally there are groin vaults over the three tunnels. I'm using a parametric family that I made for the cellars. 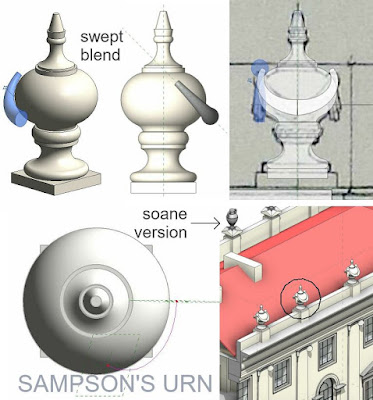 How much does a Grecian Urn? More to the point, how many different Urn families do you need in your classical repertoire? Soane used a couple of variations of similar proportions. Sampson's are much shorter and fatter, with garlands linking the handles. An interesting modelling challenge. 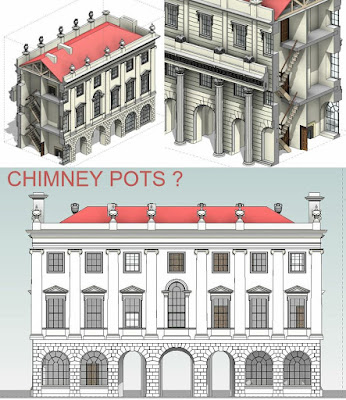 So that's it for the entrance block just now, looking pretty good, maybe I should add some chimney pots. But it's more urgent to bring the rest of the model up to a similar level.  I will need to extend the cellars under the entrance but that's in the main model, and there is much to do down there: groin vaults galore.  There are few things to do in the Entrance Court.  Doorways are incomplete.  Railings and steps are needed for the peripheral light wells.  Behind the Pay Hall the old court room and director's parlours need to be fitted out internally.  There is at least one drawing to inform this work. 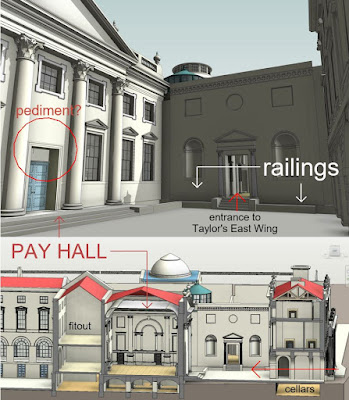 But we are definitely making progress.  Today I got around to restoring my Enscape3d installation.  Many thanks to Jonathan for renewing my license.  So I have compiled a little collage of images that show the entrance court in the context of an evolving model. 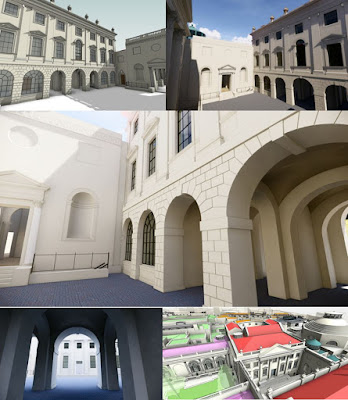