Travelling without my laptop, so what to do with a few hours to spare? Let’s see what I can do with my phone. Six London churches by Nicholas Hawksmoor. Previous analysis from 2014.
This time I visited them all in a single day, mostly for the second or third time. Fresh in my memory. Let’s combine the floor plans into a single image (Pixlr) and do another type of analysis (Autodesk SketchBook Pro on a Samsung Note 8) 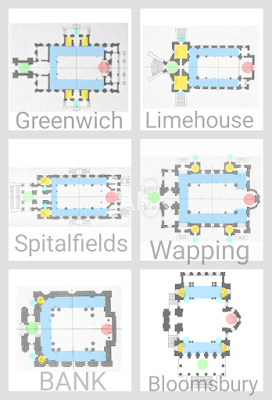 Red is the Altar (East) blue = galleries (servant class) Yellow = stairs to those galleries. Green = main entrance, cyan = servant access point. How do you get your head around the different world that people lived in 300 years ago? What can it teach us about the fundamental changes that are happening around us today? 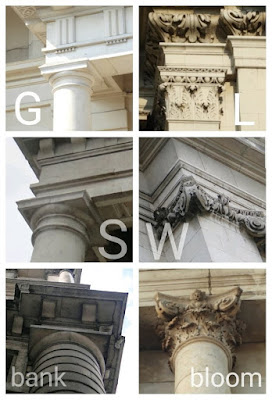 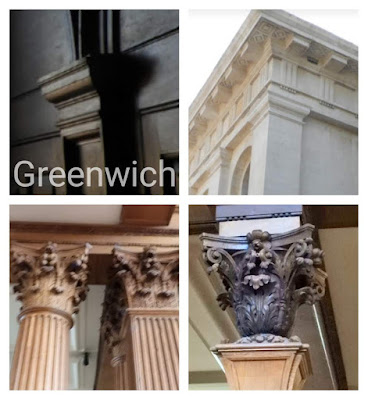 Take each church in turn. What diversity of material and style? Greenwich has wood and stone. Simple robust, Tuscan on the outside, contrasts with an inventive take on the Corinthian order internally. 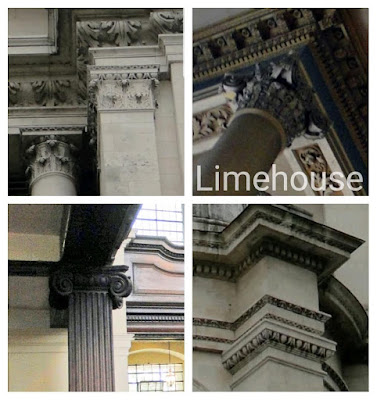 Limehouse : plasterer’s Composite order, wood-carvers Ionic and a couple of inventions by the stonemasons. I will call them “scroll-free composite“ and “egg&dart Tuscan“ Hawksmoor being simultaneously bold, cost-conscious and perversely Baroque. Dare to be different. 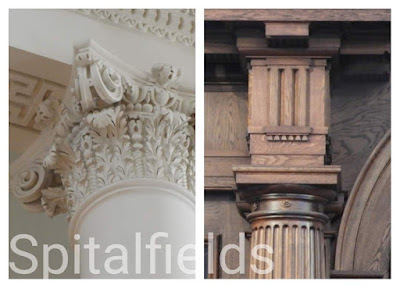 Christchurch, Spitalfields. The master plasterers take on the Composite order is here again. Was it the same artisan? A clearer image here of the delicate detail. No rubber moulds in those days so all the more impressive the way the leaves come to life. And in rich dark wood, the Roman Doric. Not 100% sure this is Hawksmoor, but once again I am enjoying the contrast of style and material. 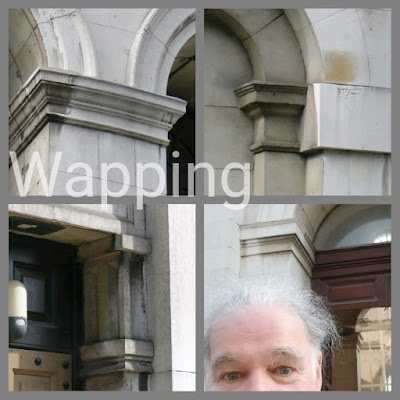 In Wapping he almost dispenses with classical columns entirely. Just hinting at Tuscan with mouldings wrapped around square piers. Then, tucked away in the shadows of the side entrances... a strange hybrid, part Doric triglyph, part inventive capital. What was it like to have a mind like Nicholas Hawksmoor, 300 years ago? I guess that will always be an open question. 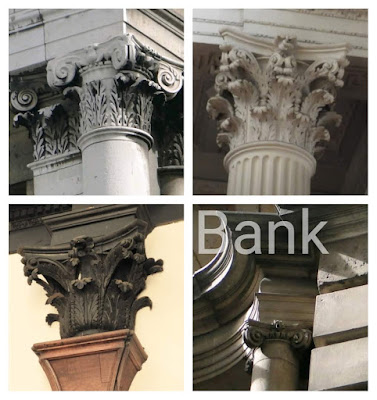 St Mary Woolnoth, close to the Bank of England. This church would have been built while the Bank was still in rented rooms at the Grocer’s Hall. This time the Composite order is in stone, which makes the modelling a bit stiffer. Also, just a single row of Acanthus leaves in this version. Also in stone, a niche with Ionic columns and Hawksmoor showing off his Baroque chops. Inside the plasterers have been assigned a luxuriant Corinthian, and the carpenters who built the gallery seating have incorporated the quirky Corinthian goblet that we saw in Greenwich. Only this time there are 8 leaves and 8 lauliculi, as opposed to the more unusual 4 from St Alfege. 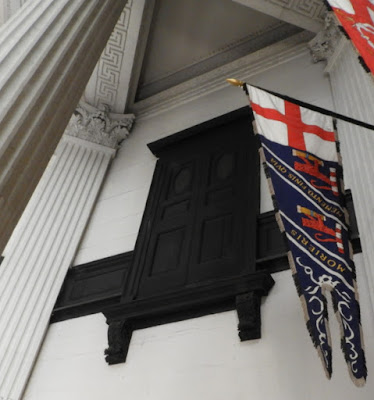 The galleries were removed from most of these churches, probably with declining attendance and the virtual disappearance of domestic servants. Modern restorations have restored them, but not here. This explains the floating “suicide door” floating high up on a splayed wall in the corner. The spiral stairs behind must continue up to give access to the Bell Tower. 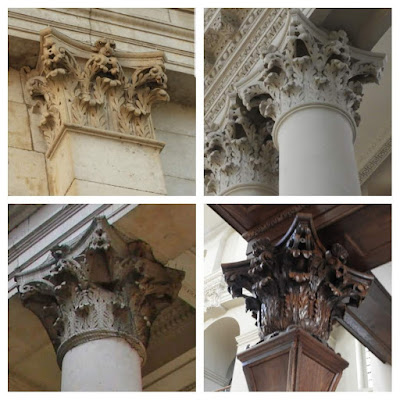 Bloomsbury. Upper middle class from day one. This is the most inventive of Hawksmoor’s plans, and too radical apparently even for the artistic minds who gravitated to this chic suburb. They rebelled, moved his altar to the North, (opposite the entrance) and demolished the gallery in that zone. His version has been restored now and again we see the Corinthian plaster, & wooden goblet, very much as used at the Bank. More Corinthian outside, and finely modelled too. Perhaps a different stone carver?

Will I ever get around to developing full-blown Revit models of these 6 churches? My previous exploration used highly simplified geometry to represent them in urban context, each one a generic family. . 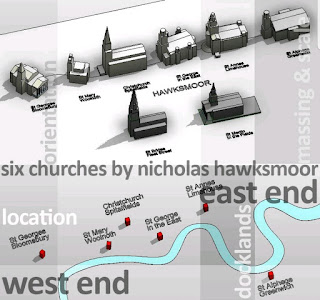 Perhaps someone else will step in, who knows ?  But I enjoyed this little comparitve study done on my mobile phone while staying with my cousin.