I think I’m going to coin another word, or maybe an acronym. BDYBRN …

It represents the Body-Brain symbiont.  Most animals are BDYBRNs. Sponges are an exception, but crucially the body doesn’t move about.  There are some wormy things that have nervous systems but no real CPU.  Then you get to the BDYBRNs.  The idea is that our thinking is rooted in physical actions of our bodies.  We think by doing. 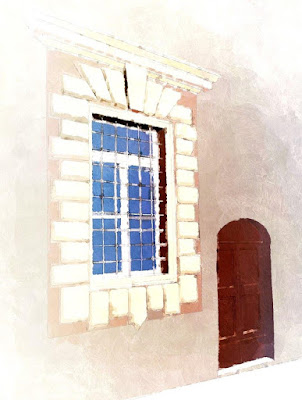 My "doing" usually involves BIM, but in this case it’s a combination of hand drawing and image processing (Sketchbook Pro & PIXLR) all “done” on my phone.  What a strange word that is to give to that ubiquitous extension to our BDYBRN.  I guess a lot of people still do use the auditory channel (Phon-) but for me it’s very rare.  Text and images dominate entirely in my use of a mobile device. 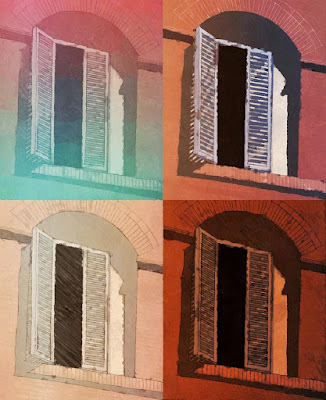 This 4x-tiych image dates back to sketching I did a couple of years ago when I got back from my first Voterra workshop.  My second visit is coming up in April. We will be scanning various built elements that have survived from past ages… anything up to 3000 years ago. Personally I am also interested in current vernacular building trades, which clearly evolved from a deep past history. 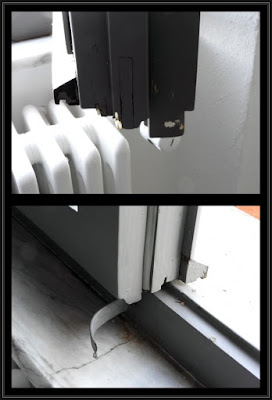 The windows are especially fascinating.  Side hung casements with a variety of configurations involving louvres, glass and solid panels, opening in or out.  The louvres commonly have a top-hung element hinging outwards, nested inside a larger side-hung panel.  The complex profiles on the edges of the framing, and the varieties of metal hardware used, are quite fascinating. 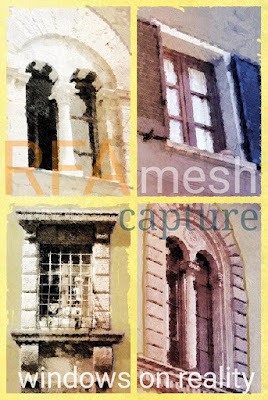 Carved stone surrounds were once a very common feature, and I would like to capture a number of examples of these as mesh objects.  Photo-textured meshes would be great suitable for viewing on a web page.  Then I would like to extract “typical elements” from the mesh to incorporate into Revit families.  This would allow us to represent shapes that are very difficult to model with native Revit geometry, typically resulting in very heavy files.  It would also capture some of the textured irregularity of a heritage building.  These things were not built yesterday, and that sense of insight into a bygone age is a large part of the fascination we have for old structures. 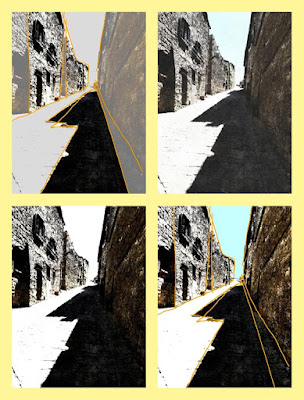 I assembled these sketches after an online meetup with other members of the group who will be attending this year.  It was a way of revitalizing my memory of that intense experience, two years ago.  Scanning through folders, selecting images that “jump forward” in my BDYBRN awareness system.  Then processing those selected images, spending time “doing stuff,” drawing lines to highlight aspects of the geometry, filling regions, applying filters … all the time following my subconscious urges to simplify and condense the image into an eye-catching essence.


All the time while working my BDYBRN is going “how was this actually built?” “why do they do it like that?” “when was glass introduced” and similar speculations, sometimes pausing occasionally to wave my arms around and other bodily thinking motions. 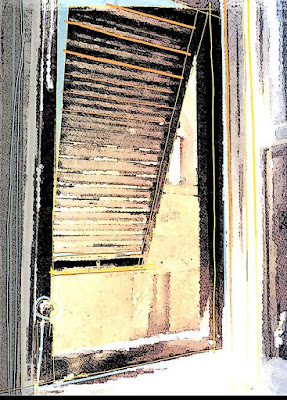