THE WAY WE BUILD

THE WAY WE BUILD

I have a passion for buildings.  It began when I convinced myself as a teenager that I wanted to become an architect. I was impressed by the way that many architects wrote about their work, how they seemed to believe that they were on a mission to change the world.  And of course, I loved to draw. 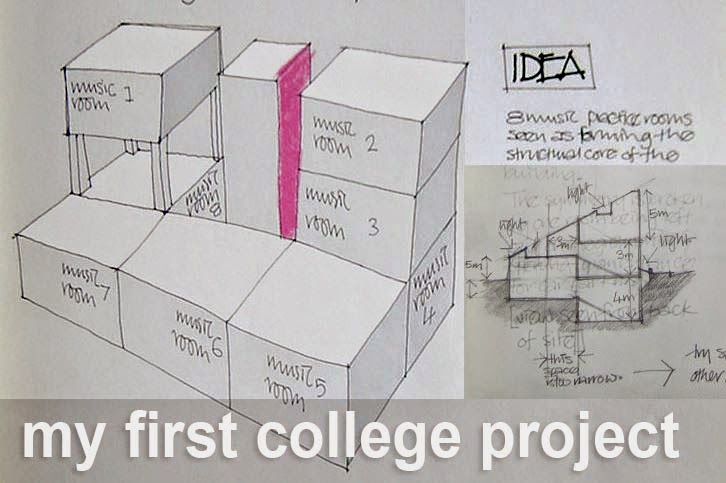 Disillusion set in early and by the time I had finished my first degree I had decided that I didn't want to be an architect after all.  I convinced myself that there were more direct ways to change the world than some office job. 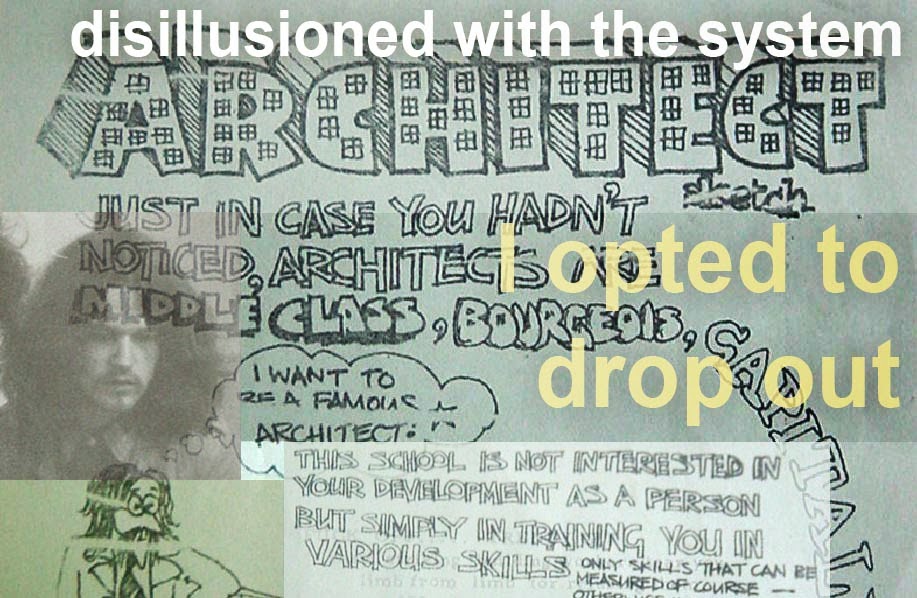 Plunging into manual labour on building sites I discovered a fascination for building processes that college courses had failed to ignite.  I decided to train as a bricklayer and spent the rest of my twenties plying this trade in the North of England and scribbling construction details into my sketch books.

At the age of 30 my passion took me to Africa on a wild adventure, teaching building at an experimental school. 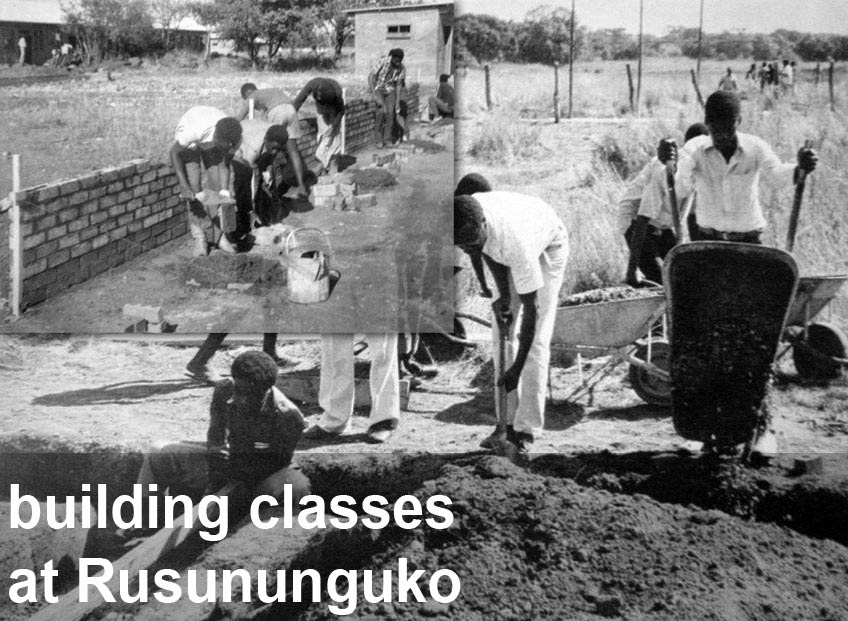 I was disappointed by the textbooks and decided to write my own over the course of a long vacation.  It was just a jumble of ideas arranged on a handful of pages, but it was picked up by my employers and eventually got me a job in the Curriculum Development Unit. 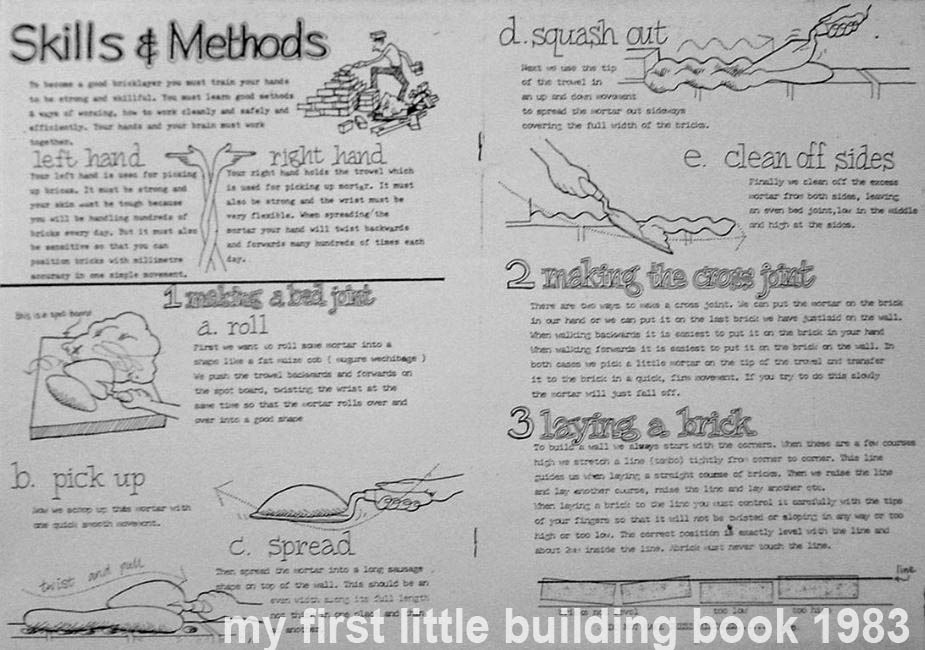 We wrote textbooks, ran courses for teachers, devised schemes for distributing tools to schools, wrote a new syllabus, set exam papers ... it was a wonderful period, filled with belief in the future of the newly independent state of Zimbabwe.  Building was a subject on the secondary school curriculum, alongside English, Mathematics, Geography etc.  We felt that a course called "Building Studies" should not be a vocational option for the "less gifted" but rather a proud subject in its own right.  It seemed to be an ideal vehicle for integrating the other subjects and demonstrating their relevance to real life situations. 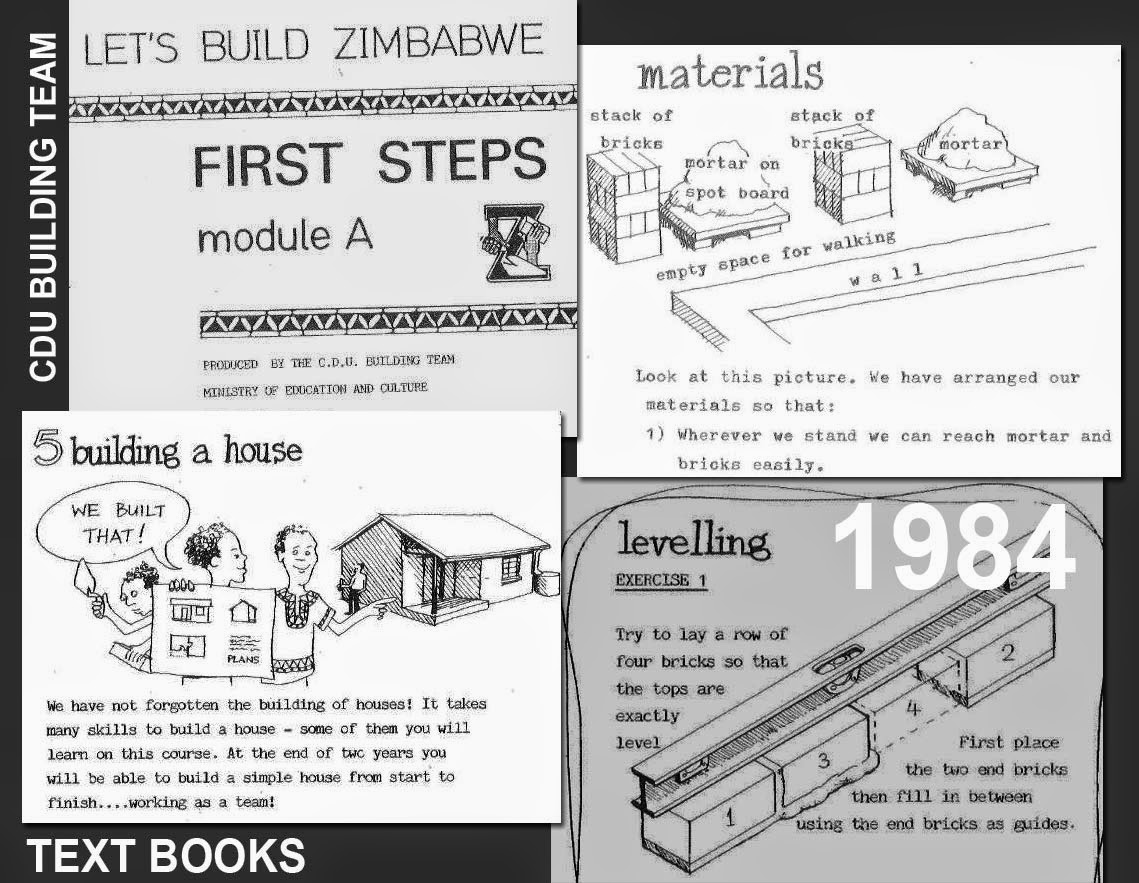 This period of my life culminated with two years in the Faculty of Education at the University, devising and teaching a new course for Building Teachers.  This was an opportunity to bring together the various strands of my life so far: Drawing, Architecture, Bricklaying, Education ... In my imagination I thought that I had found my vocation, but it was not to be.  It turned out that I was an expendable tool in someone else's grand plan. 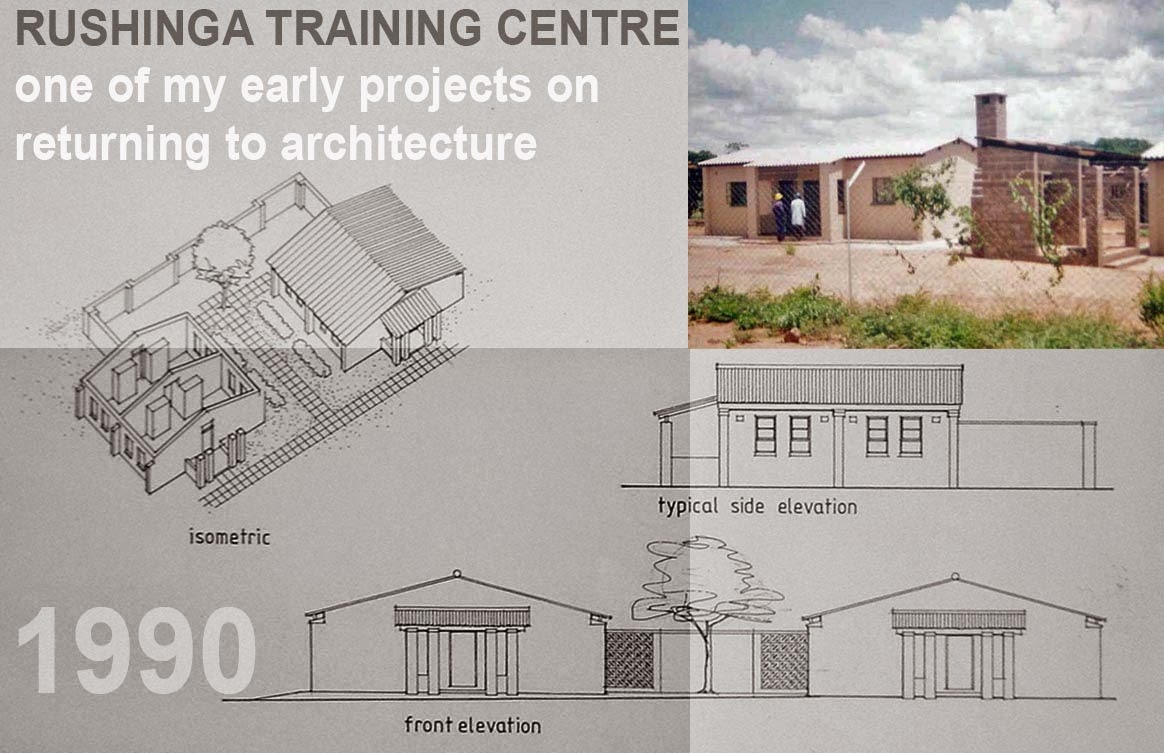 And so I found myself forced to reconsider and opted to give architecture another shot, almost 16 years after I had finished my first degree.  This lead to another voyage of discovery, another set of challenges, another perspective on the world of buiidlings.  I worked in an office for 2 years, went back to University for 2 years, joined another office and finally took my professional practice exam. 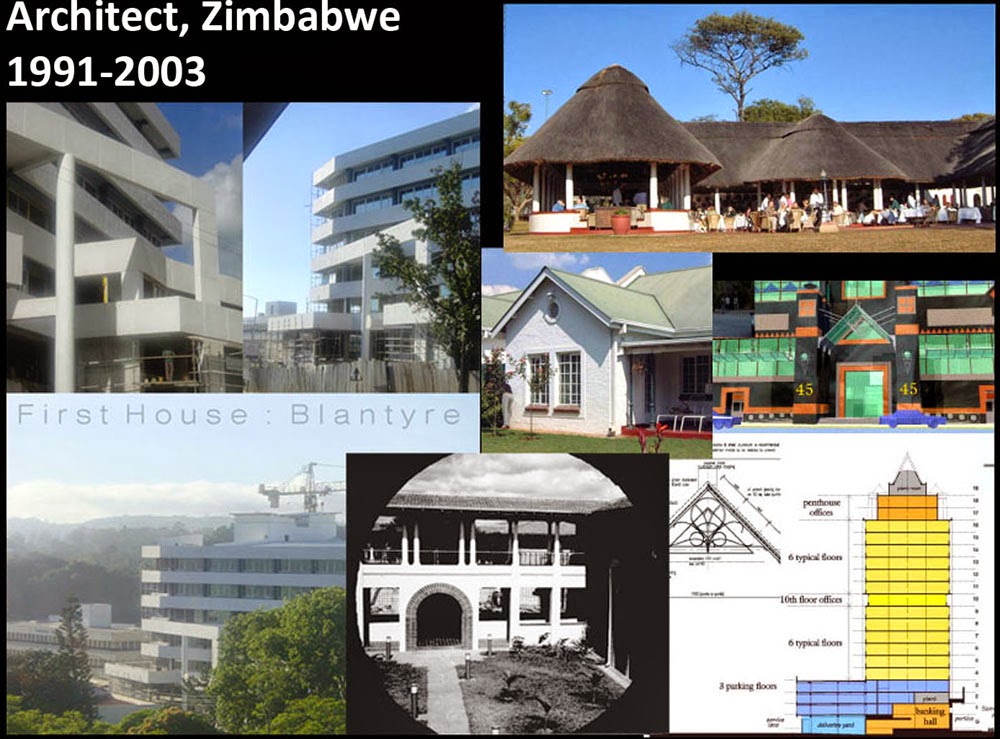 Another 2 decades have passed.  One in Africa, and one in the Middle East.  All along a project has been brewing at the back of my mind.  I wanted to recapture the excitement of the unfinished series of textbooks I worked on in the early 80s, but also to add insights from my work as an architect and from my travels to different regions of the world with their different building traditions. 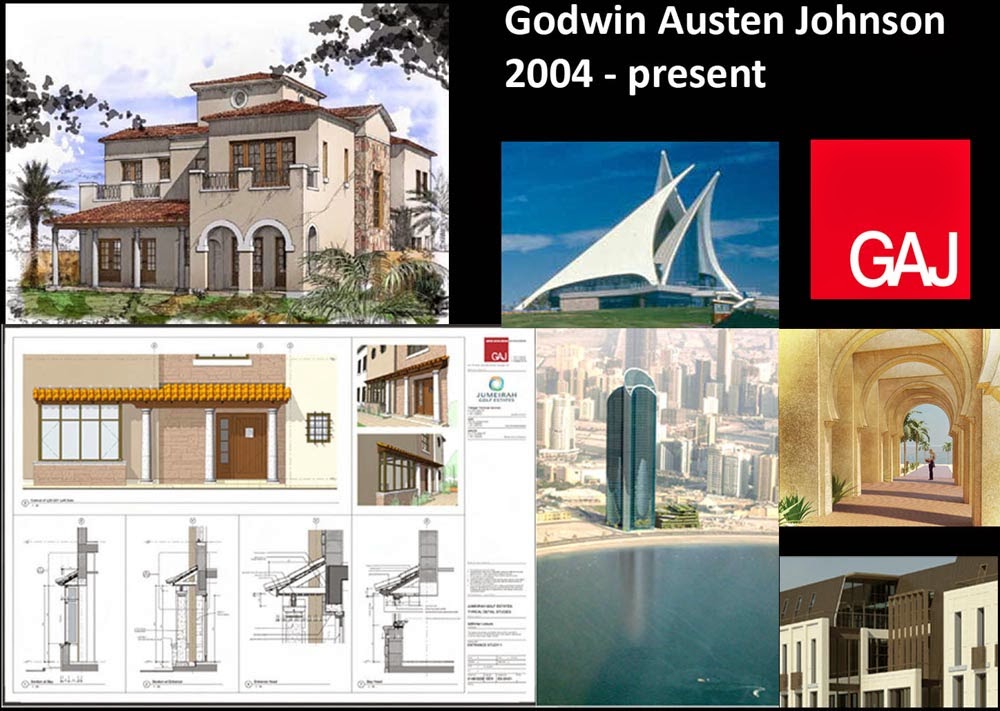 At some point I fixed upon a working title: "The Way We Build".  It is a ridiculously ambitious concept.  Take history of architecture, construction technology and theory of design: mix them all up together with a survey of vernacular building forms and reflect upon ten thousand years of urban settlement along the way. 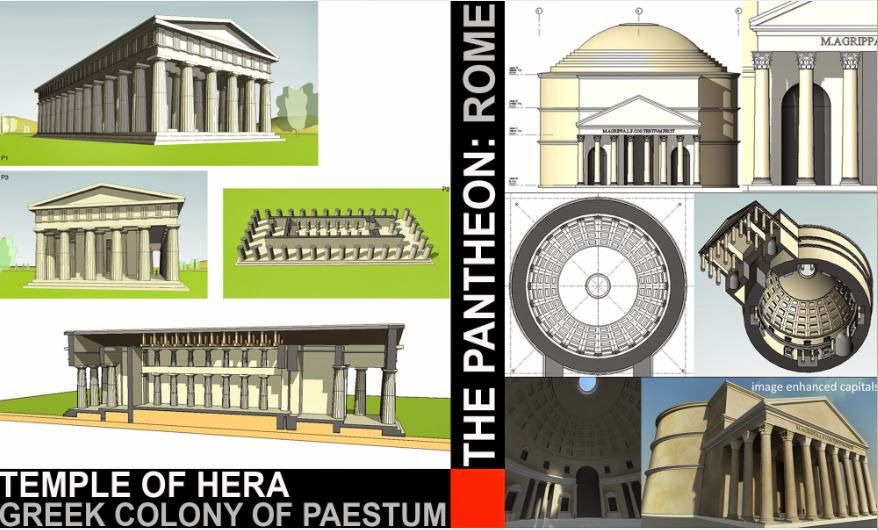 For almost 20 years I have been assembling a database and creating my own analytical drawings whenever time permits.  Six or seven years ago, I realised that BIM software (Revit in my case) is an ideal vehicle for this kind of research.  My database is littered with half-finished Revit models, many of which have found their way on to the pages of this blog. 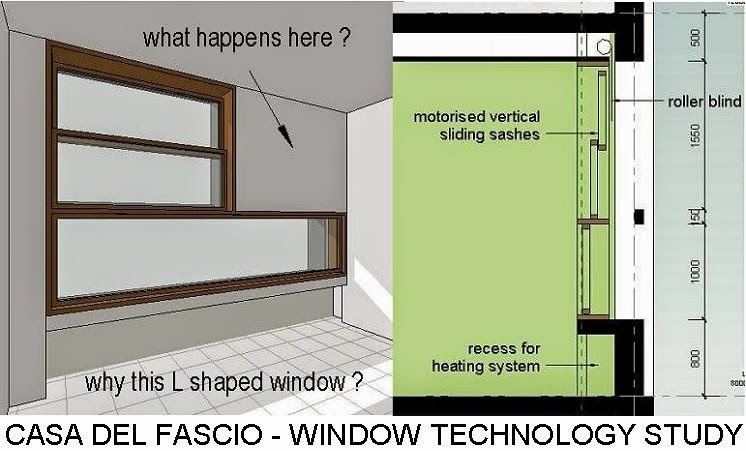 Two buildings have emerged from my recent tour of US/UK.  First is Robie House: the apogee of Frank Lincoln Wright's prairie houses phase. 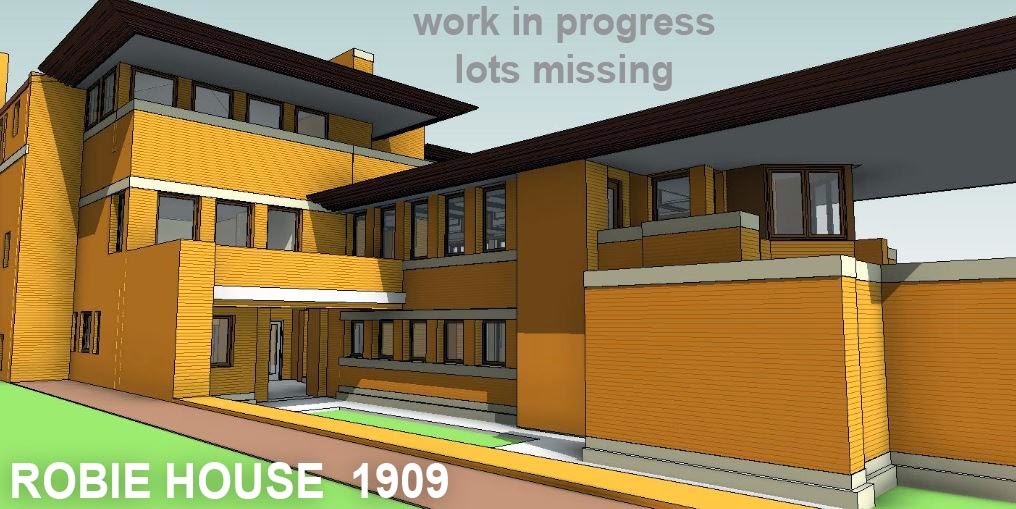 Second is the De La Warr Pavilion: Erich Mendelsohn's contribution to the sudden flowering of Modernism in 1930s Britain. 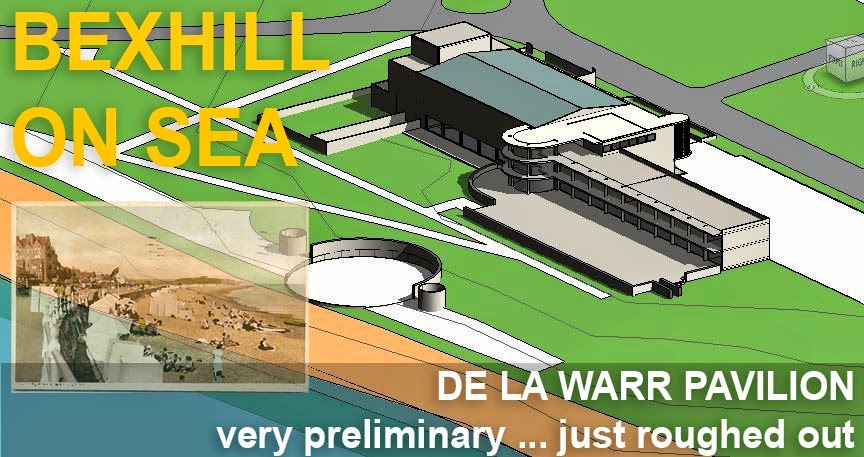 Both are works in progress.  As always there is an element of guesswork when it comes to reconstructing the dimensions, but that's part of the fascination. 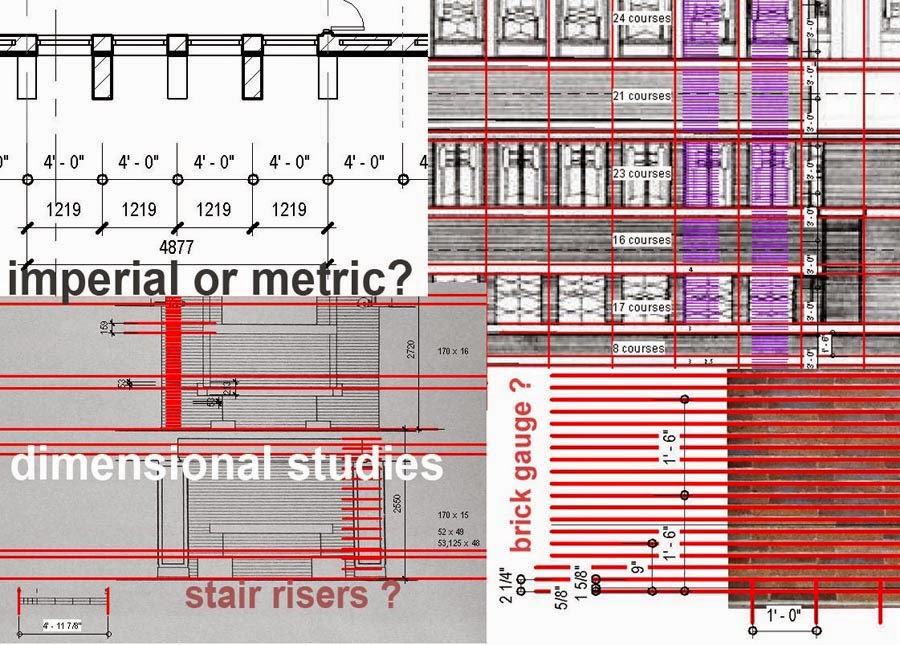 There remain many small anomalies to be resolved, structural puzzles to be agonized over. 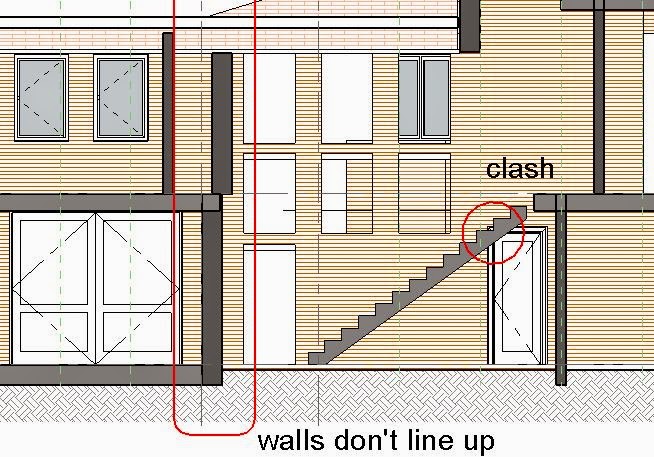 There are always details that you notice in passing, but only assume significance as the model develops:  places where Frank opens up a balcony or a roof to let a shaft of light pass through for example.  Are these really justified in practical terms, or are they just architect's games ?  Borderline perhaps. 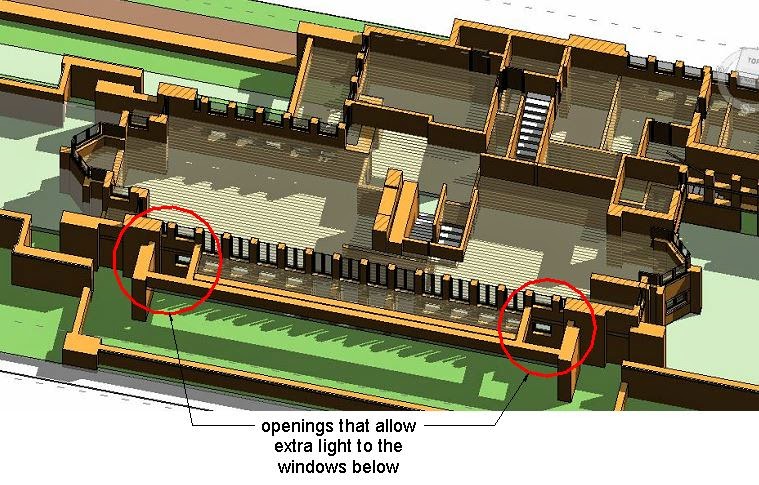 I decided to use feet and inches for Robie.  Takes me back to my school days, before England went metric.  That in itself has been an interesting challenge.  Frank definitely used a 4' module in the planning, so it seemed more faithful to bite this particular bullet. 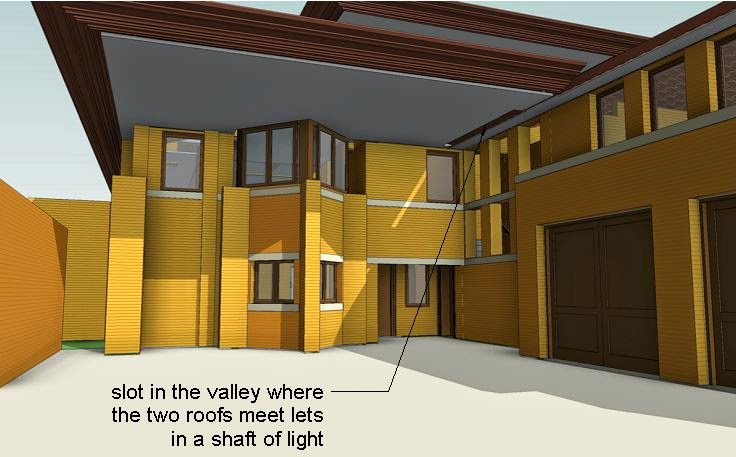 I find myself reacting to the gushing use of "masterpiece" and "genius" in what has turned into a FLW tourist industry.  Certainly he was a remarkable and most prolific designer, but what does Robie House really mean to us today ?  It's a huge house with servants quarters, expensive to heat and maintain.  What does this tell us about the social divisions, even in America, just before the First World War ?  It's just a 3 bedroomed house for a successful young businessman, but it's built like an ocean liner.

In amongst the drawings I found on the internet were some from a 1960s "Historic American Buildings Survey".  One in particular stood out as going beyond a dry record of dimensions and attempting to add some analysis under a series of headings: sun control, ventilation, heating, lighting, insects.  Date: 1967, Drawn by: Mary Reyner Banham. 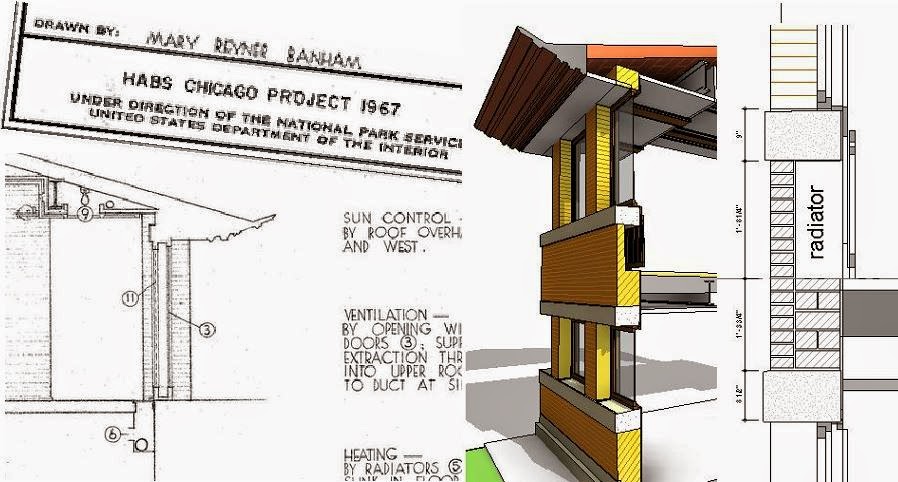 2 years later, I enrolled at the Bartlett (then called the School of Environmental Studies) and sat in awe during lectures by her husband, Peter Reyner Banham, a big man with a big beard and big ideas about the history of the Modern Movement in Architecture. 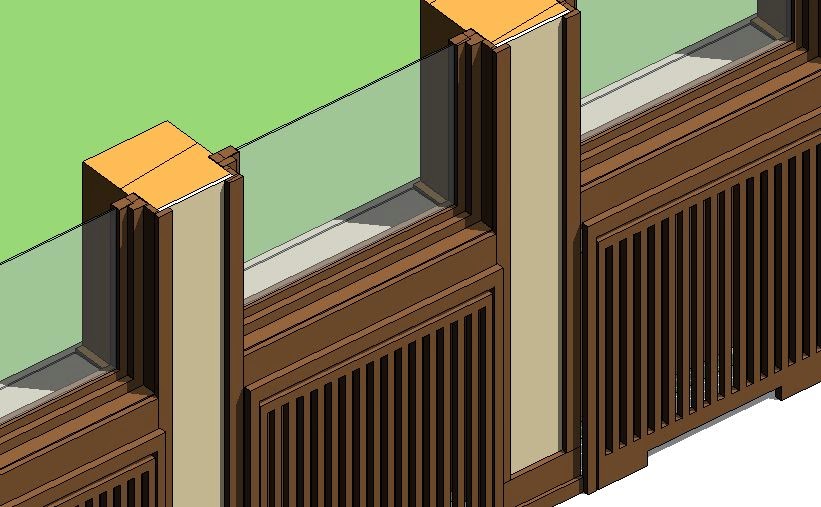 There are fascinating environmental systems in Robie house.  Wright worked very hard to integrate the heating and lighting into the architectural form.  One example is the way that radiators are tucked under window sills behind slatted timber grilles.  I didn't study these carefully enough as the tour guide whisked us around the interior, but it seems clear that there is an outer frame with an inner screen that either hinges or lifts out to give access. 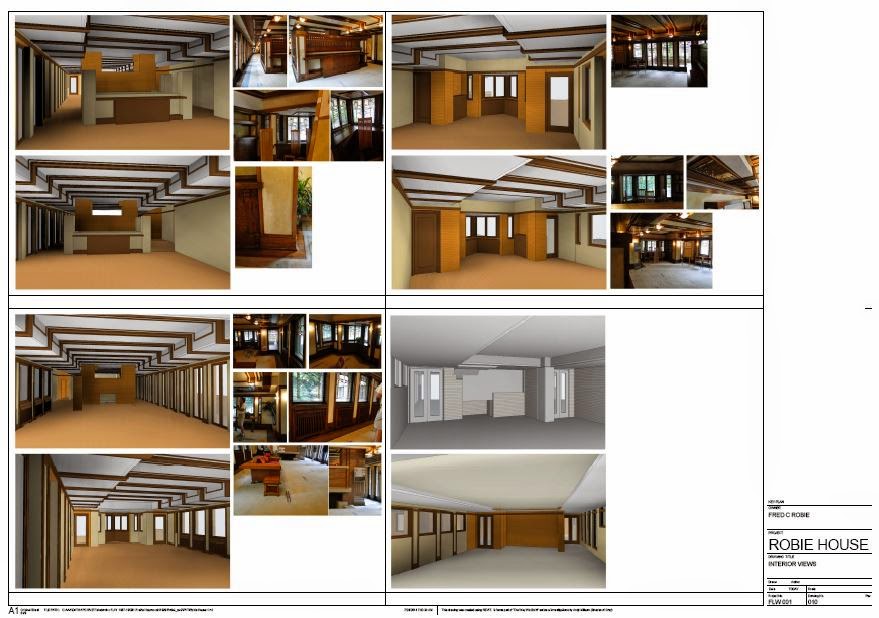 Wright's timber detailing is generally lauded for being simple and direct, a brave departure from the heavy ornamentalism of the time.  Maybe so, but it still seems rather fussy and overhearing to a modern eye, quite different from the stripped minimalism of the De La Warr Pavilion. 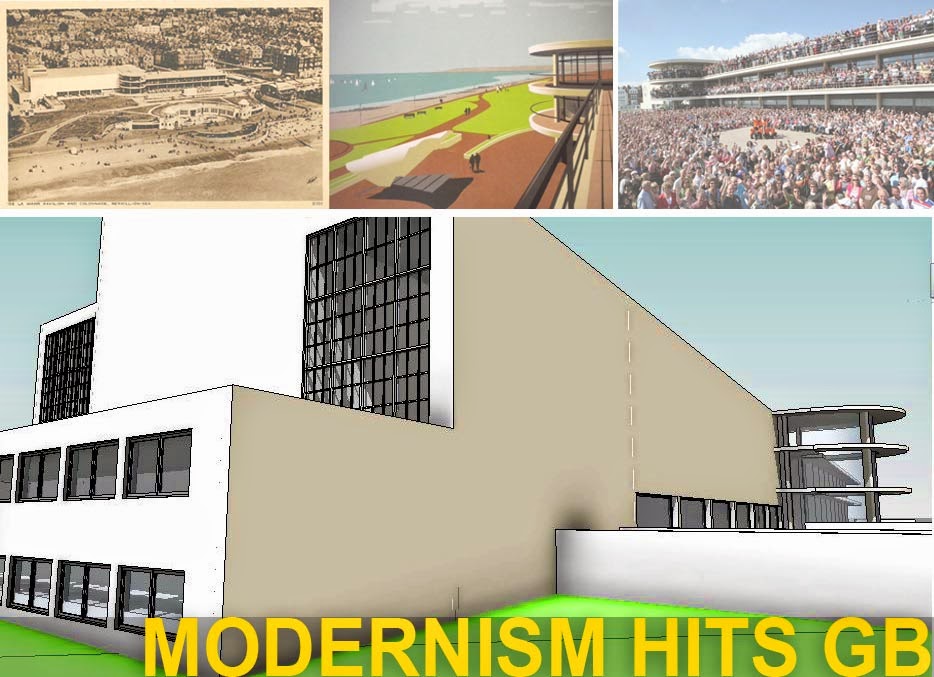 The pavilion is named after "Buck" de la Warr, the 9th Earl, who was the first hereditary peer to join the parliamentary Labour Party.  He was descended from the 3rd Baron, Thomas West, who put down an indian "rebellion" in Virginia in 1610 and after whom the Delaware River is named.  Presumably the spelling was changed to match the pronunciation.

Buck was Mayor of Bexhill in 1933 and instrumental in promoting the architectural competition that was won by the recently formed partnership of Mendelsohn & Chermayeff.  Chermayeff was Russian by descent, but grew up in England.  Mendelsohn was on of many emigre intellectuals who arrived in England during the 1930s.

Fascinating history, and much more could be said, but not today.  The pavilion comprised large multi-purpose auditorium and a long strip of secondary functions.  Today this houses gallery spaces and a restaurant.  Originally there was a restaurant, bar, library and conference room. 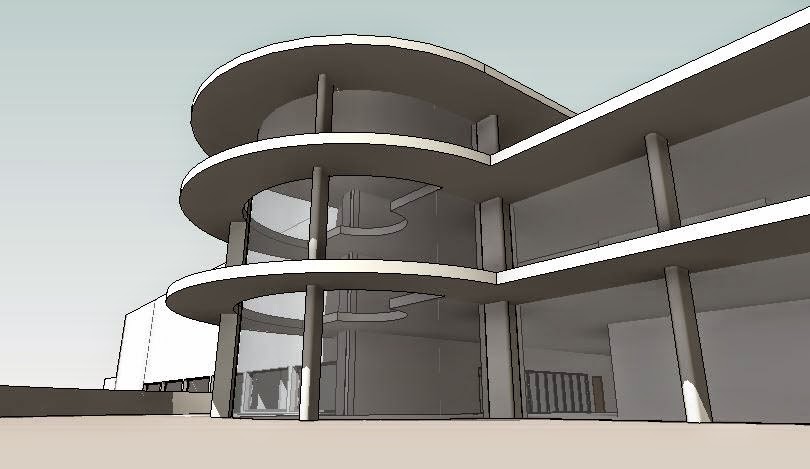 The pavilion has been through ups and downs over the years but with remarkable continuity of function.  Today it has been splendidly restored, and hosts a continuous stream of exhibitions and performances.  Look it up on the web.

So that's a peek into my latest explorations for The Way We Build project.  I'm looking at a couple of possibilities for collaboration.  Hope that pans out.  It would be great if more universities caught on to this kind of approach, using BIM to research our Heritage, in the spirit of Peter & Mary Banham ... now wouldn't that be wonderful ? 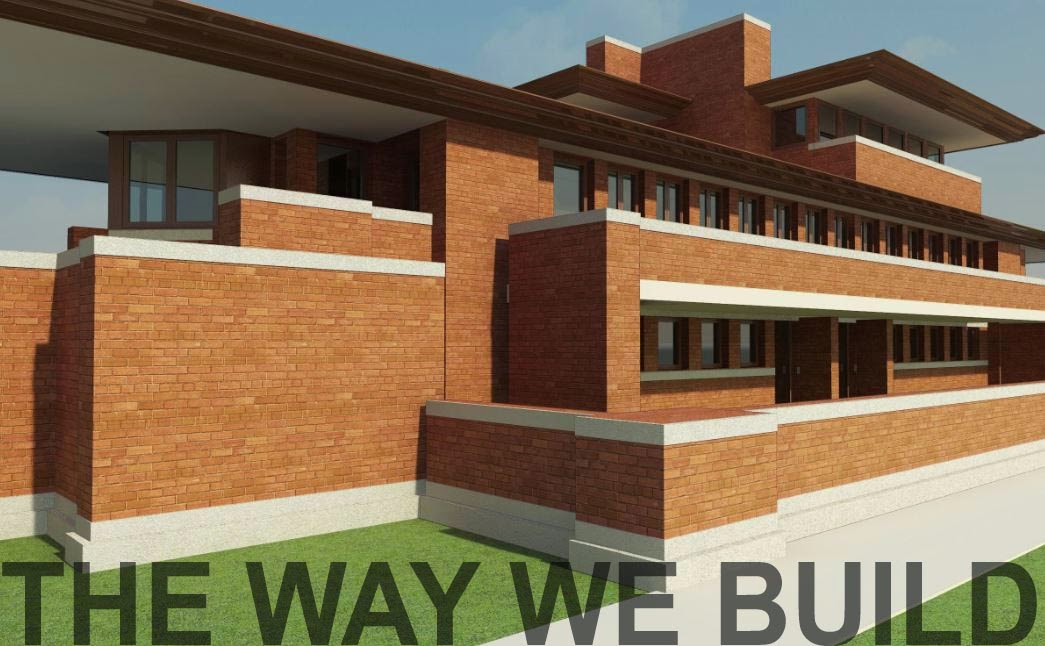