An interesting weekend. I chose to confine myself mostly to the West End, so as to make room for other collaborators. What can you say about the Facade? The sheer scale, the balance of horizontal and vertical rhythms, the clarity of form despite the profusion of sculptural detail. 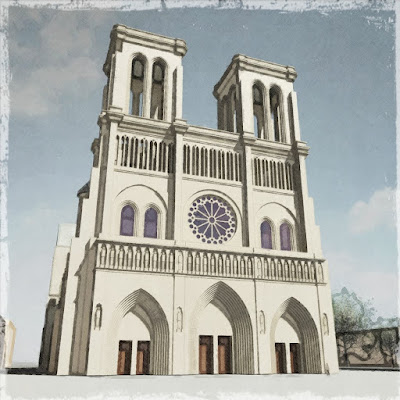 I began by tackling the arches at the base of the Bell Towers. In contrast to the solidity of the stout round columns that march down the nave, these piers present themselves as sinuous clusters of parallel ribs. 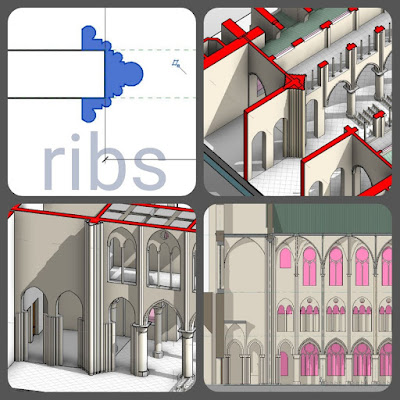 Without a point cloud or a definitive set of survey drawings it’s sometimes difficult to know where to start and conflicts often arise. You just have to throw yourself into it, and make some bold decisions. This often means modelling “in-place” at first and gradually working out how to break it down into modular components. 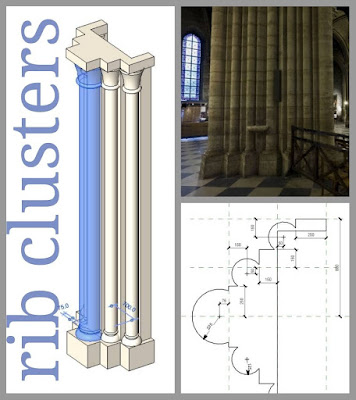 As the day proceeded, Europe came online, and then USA. I saved my work, and we upgraded the model to Revit 2020, which went smoothly enough. The organ loft acts as a bridge between upper rooms in both towers. These are a couple of metres higher than the Triforium galleries, so you descend about it dozen steps to access these. 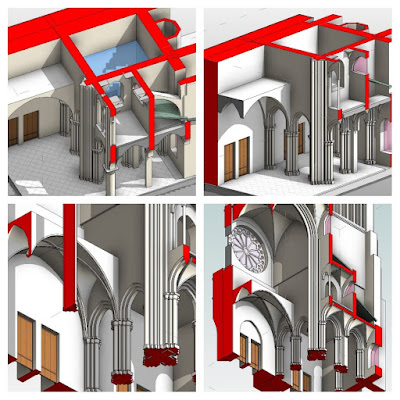 After making a quick placeholder for the wood and metal of the organ itself, I reached instinctively for Enscape3d, but it wasn’t there. I guess I need to upgrade now that I’m using 2020. 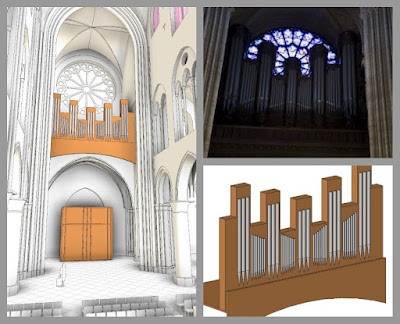 Unsure whether my complementary license would stretch to that I reverted to the slower process of Revit’s own rendering engine plus a bit of jiggery-pokery with Photoshop. 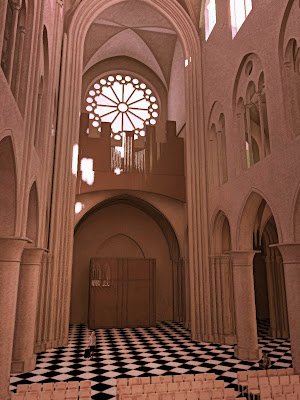 Well into Saturday by now, and time to move outside. Cornices to be added, and heights to be adjusted. We have an elevation that looks quite convincing, so I’m trusting that, pasted behind a semi-transparent working view. 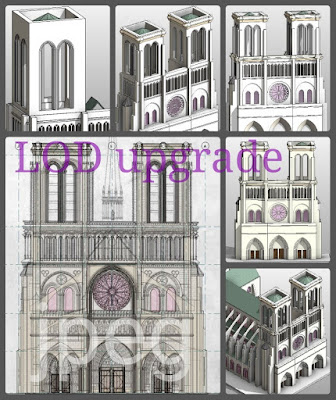 There are two rhythmic horizontal bands that tie the Facade together and divide it into three sections. The upper one is quite open and delicate. I realised for the first time that the central portion of this forms a double decker bridge between the Bell Towers. 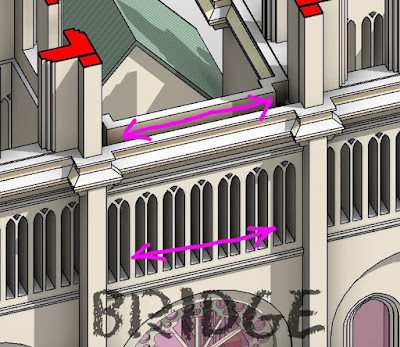 The lower band is a continuous array of statues, twice life size, each standing in its own niche. I had previously created a very crude substitute for the upper band. Now I needed to rough out the “standing men” in their sentry boxes. 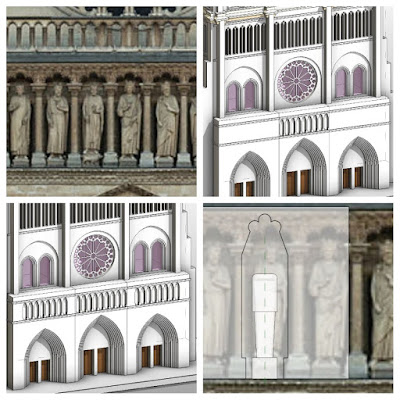 I’m quite proud of my “lego person” : two extrusions, supporting a sweep, topped by a revolve.  Choosing appropriate Revit native geometry to represent complex sculptural objects in a simplified abstract way ranks as one of my favourite challenges.  How can you fool the brain to engage its automated object-recognition response?  If you can manage that, people will see far more than is actually there. 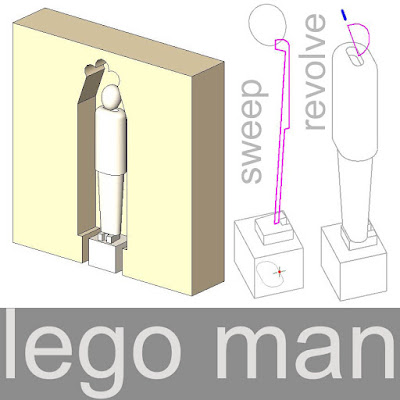 Sunday afternoon is always a tricky time. You can feel the modelling coming to an end, pressure building to prepare a blog post. I didn’t devote as much time as I should have to cleaning up the file and establishing naming standards.  But perhaps I can squeeze in one more item. 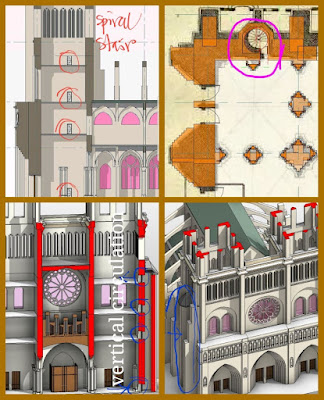 Don’t know how many intermediate floors there are in the towers. I made a guess, added an in-place extrusion to define the spiral stair void, placed some doors for access. All this based on a few lines on the ground floor plan. 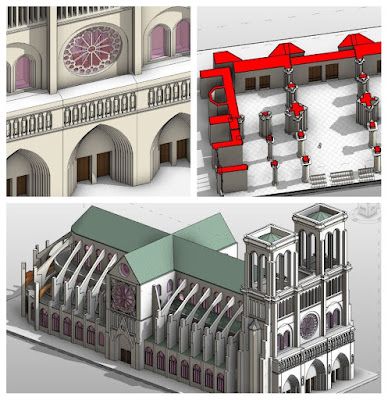 So that’s it for another weekend. The Slack group is getting quite lively and people are starting to take on tasks. Personalities interacting across the continents. Next weekend I really must put some order into the naming conventions … if I can tear myself away from the excitement of the modelling challenges for long enough :) 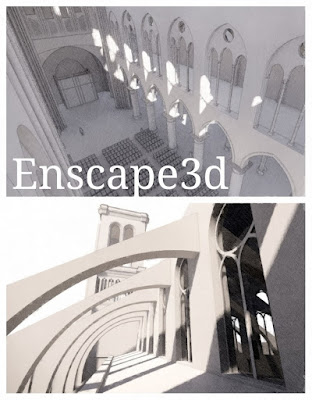 Monday evening and trying to finish this post. Daniel Hurtubise exported an executables version of the model using Enscape3d and shared it with us. That’s the source of these last few images.   Walking (and flying) around this interactive model is a wonderful way to reflect on the shortcomings of the current model and prioritise tasks.  It's also a great way to deepen my appreciation of the architecture.  The model is in white mode, which focuses attention on the forms rather than the materials.  Lady in White? 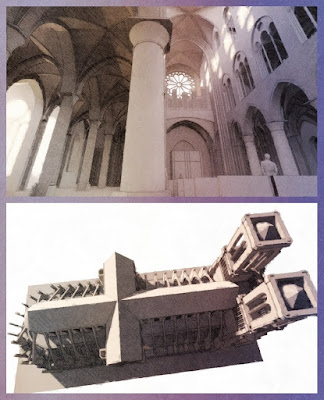