This was an exciting period for me.  I visited New Zealand for Revit Technology Conference, to stay with my sister in Auckland and to see something of that unique country.  Alfredo Medina came up to me at the RTC social, introducing himself and sparking a lifelong friendship.  I sat in on a couple of Marcello sessions, heckling him on the difference between Doric & Tuscan, but feeling totally inspired and motivated.  His scalable Tuscan column (based on a spline) got me going.  I was aware of basic spline behaviour (two ways of stretching the end point by using the TAB key) but I had never thought of using it to scale a profile, or a revolve sketch.  This was rather early in my journey into classical architecture and long before Project Soane took a hold on my life.

I stand by my conclusion at the time.  You can do classical architecture well, and you can do it REALLY BADLY.  Take the time to study and learn.  It is a very deep well of tradition.  If you are not to put in the hard yards, just leave it alone. 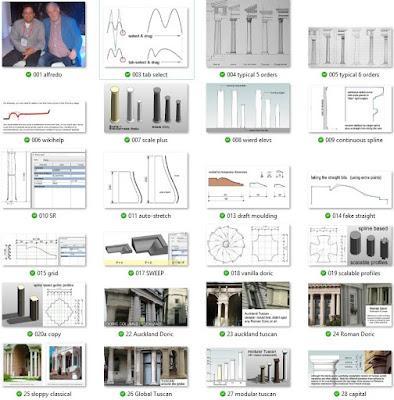 The glass onion arose from a challenge that cropped up at work.  It’s a good example of using “pick 3d edge” to create complex curves using the traditional family editor.  Probably I should go back to this and see if I can make it more fully parametric.  The last part is also interesting.  Using the rectangular rig to make parametric domes … a family of onion species with different proportions.  I think I should revisit this whole area.
St Basil’s cathedral, Moscow … anyone? 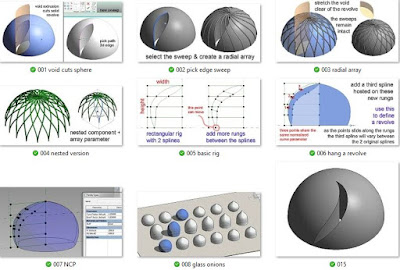 And back to the Tuscan Column theme.  This is not my current approach to capturing the fundamental variety that is available using the Classical language, but it was an important step along that road.

I really must get back to my column collection, and get it into shape for sharing, at least with a limited audience.  The whole range of Classical elements within Revit should be an established open source project.  Paul Aubin’s book was a huge contribution of course, but I think we could do a better job of extending this, developing robust content and sharing it widely. 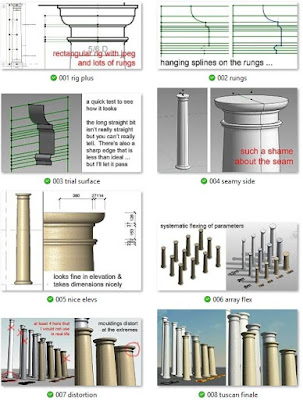 I think “Flat People” are still useful.  Photoreal is great … but not always.  Sometimes you want a more stylised, line-art approach to the graphic presentation of an idea.  Early concept design for example.  You might not want to mislead the client into thinking your design ideas are more fully developed than they actually are.

This is my second post on the topic and I had a couple of people share their collections, so I created some more, as I had promised.

“One thing that experienced users with a public presence can do is to create better content and make it freely available.”  Here, here! I’m still in favour of that.

And another quote from the end.  I’ve been saying this for a long time now.

“we should also strive to treat Revit like a pencil.  Just pick it up, let it become one with your hand, eye & brain, thinking about the vision you are trying to capture.  Let the tools become transparent.  Create.” 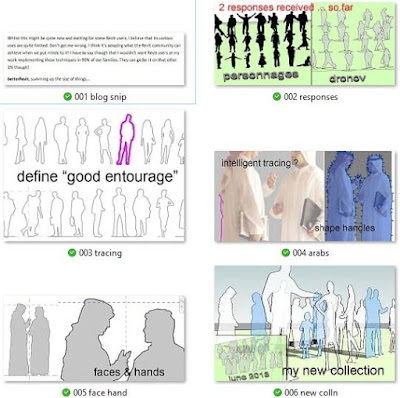 This is another “revisit”.  Spiky geometry that is easier to make in Sketchup than in Revit BUT tends to lose it’s ability to translate into a solid.  Mesh objects won’t support the “mass floors” feature which is so useful in Revit based early design.  I haven’t used Formit for some time, so I’m not sure if the conversion is more predictable or easier to handle using that route.  Another thing to get back to.

Maybe most people would use Dynamo and direct shape geometry these days.  Will have to talk to Daniel about that. 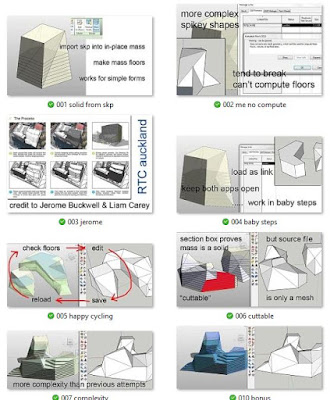 It seems like almost every post from this time-frame is something I want to explore further.  This is a variation of the rectangular grid.  This time a circular rig with radial spokes.  There is an exchange with Paul Aubin in the comments.  He has a very elegant method for modelling volutes in his book.  Currently my volutes are very abstracted and low-res.  Perhaps I could combine this rig with Paul’s approach to create a parametric volute generator.  Once again, maybe dynamo would do a better job. 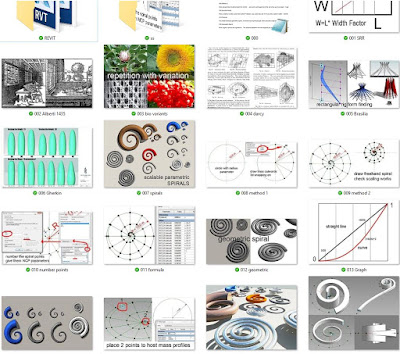