So yesterday we had scrambled cows tails.  How to figure that out ?  I decided that I needed to look more closely at the way adaptive components orient themselves in repeaters. I created a family called (enigmatically) "Arrow" ... an extrusion sitting on an adaptive point.  Then I placed this onto a couple of curved repeaters and explored all manner of variations, taking snapshots along the way. 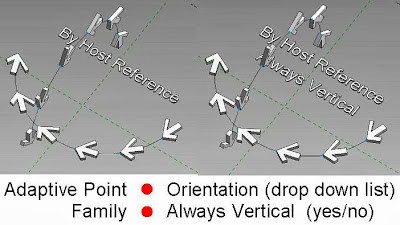 Here's the challenge.  I want to label the snapshots.  There are going to be 12 of them.  There is no text available in conceptual massing.  I could label them afterwards of course, but it's less confusing if I do it immediately. 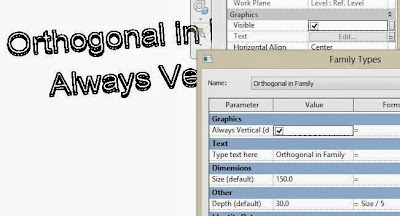 My solution was to create a generic model family featuring model text.  Rig up a couple of parameters to allow me to type in the text I want (type parameter) and to control the size (instance).  I added a second line with the fixed text "Always vertical" and gave this a visibility control.  I also added a parameter to control the depth of the text and set it to automatically be one fifth of the height. 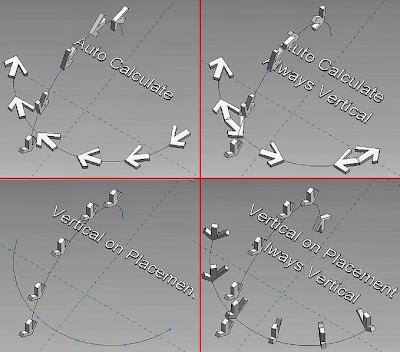 See posts by Kelvin & Philip for more examples of model text in components.  So then I steadily worked my way through the available options, taking snapshots as I went along. 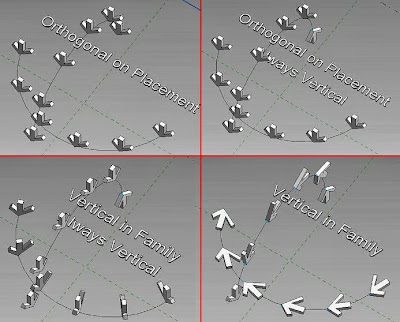 Do I understand exactly what's going on here ?  To be honest, not really, but at least I have a useful set of diagrams to refer to next time I am stumbling around in the dark trying to figure out why I repeater is not working like I want it to.

And for the problem at hand (scrambled cow's tail) I found a workable solution.  Might as well stick with the default option (by host reference)  If you imagine yourself inside the repeating component, the path is going vertically up from the origin.  Think of yourself as diving down the path.  You have your nose on the origin pointing downwards and the path is flying upwards behind you.  When you press repeat, multiple copies of yourself will populate the path behind you, as if chasing you down the rabbit hole.

If it's a curved path, the component will orient itself to the plane of the curve.  So I was able to compensate for this by building an angle parameter into the component. 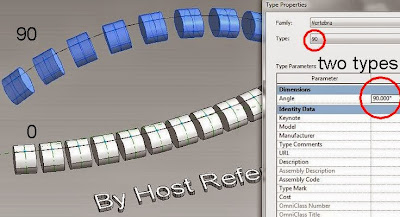 The next challenge was to have the vertebrae diminish along the length of the tail.  That's what they do right ?  Zach gave a solution to this long ago and others have developed it since.  You need a second placement point in your family & a reporting parameter telling it how far apart the two points are.

Normally the one point is fixed and the distance increases as the repeating components get further away.  I managed to make it work tolerably well, just the odd orphaned bone from time to time.

That was basically a morning's work.  Felt all boned out after that, so in the afternoon I decided to tack something completely different.  I knew that Escher was going to be my featured artist, so I thought I would have a go at tesselations. 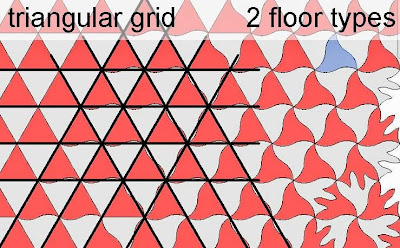 I started out with a triangular grid and two types of floor (red & white). Make a triangular piece of floor and copy it around.  Change the type of alternating pieces.  As you move across from left to right, take one side at a time and replace the straight line with an "S" curve.  This is the essence of Escher's well known metamorphosis theme, which he repeated many times in different ways. 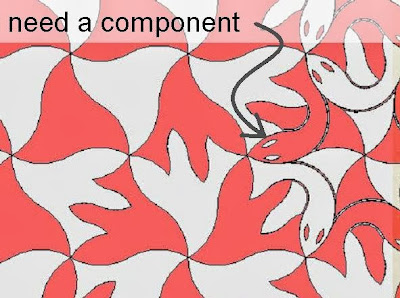 Finally convert one side to a more elaborate set of curves.  Now you have a shape which could be a bird or a fish. We need a bit of subtle detail to make this clear.  That's going to get messy if we stay with the floor by sketch method.  The system floor tool was great to allow the freedom of editing the various transitional forms and edge pieces in place, but for the final design we need a component, aka "loadable family" aka whatever.

Just two extrusions with material parameters to reverse the coloration of the types.  Very simple stuff, but sometimes less is more.  I rather like the end result, a metamorphing floor. 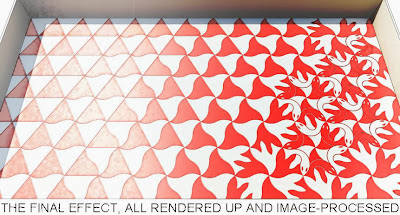 I went on to try another one.  Once again I started out with a simplified version of the basic geometry. 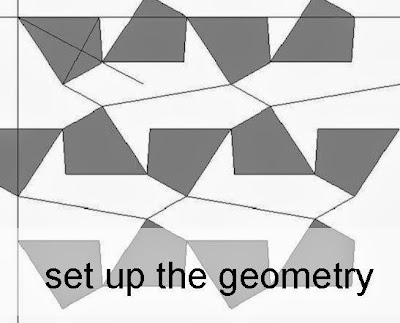 Then I fleshed this out a bit.  Let it build in complexity from left to right.  I didn't take this one through to completion because I started thinking about ideas of my own. 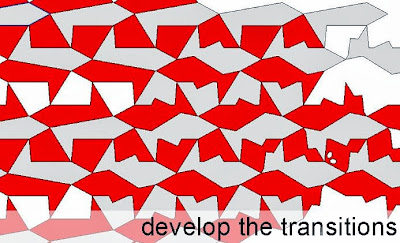 So I gave it a whirl.  Again start with a simple geometrical idea.  Then gradually transform it into something vaguely organic.   I won't pretend this is a great success, but you gain a deeper impression of the difficulties involved when you travel the road yourself.  Once again, I hope to return to this aspect of the challenge later if I can fit it in. 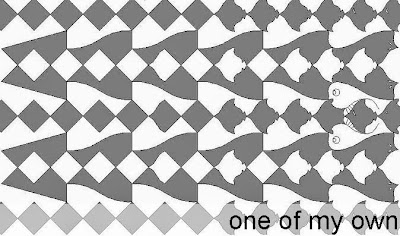