Lever House first crossed my radar screen as a teenager studying history of architecture as part of A level art. Like many famous buildings we tend to know one photograph very well without much understanding of the underlying logic of the design. This post was a serious attempt to pursue my vision of “the way we build”… using BIM to undertake “deep dive”explorations of selected buildings, vernacular traditions and technologies. How do they function? How can we understand them as processes or sequences in time? What about the social context? Or geography and climate? I discovered a connection between Larkin Building and Lever House : both built for soap companies. 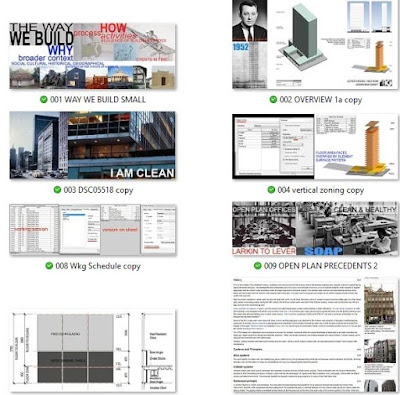 Down to earth with a bump. The next post is a parking family I developed for my day job with an instance check box to display a car in plan and 3d. 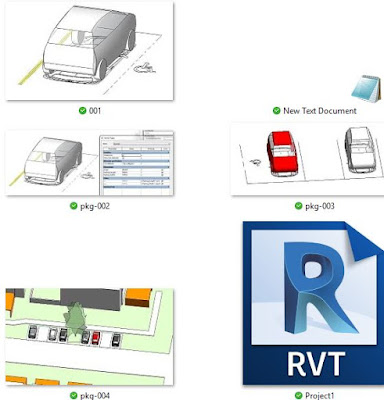 The next one is an early foray into Point World, although I hadn’t yet coined that term. This parametric version of a candela style shell vault is fun, but I didn’t have a way to control the origin so it always sits on the ground. 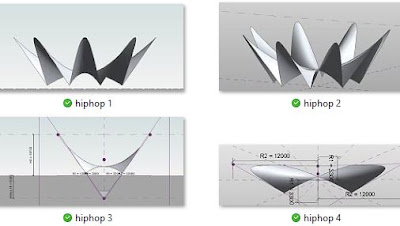 The second Hypar post includes a render, back in the day when Mental Ray was still an exciting feature. I remember being disappointed at how similar these all looked in a perspective view, despite varying the parameters quite dramatically.  Perhaps the message here is that parametric controls are wonderful as long as you know when to use them. Sometimes they can be an expensive item with no real purpose.  Judgement and common sense trump pyrotechnics any day of the week. 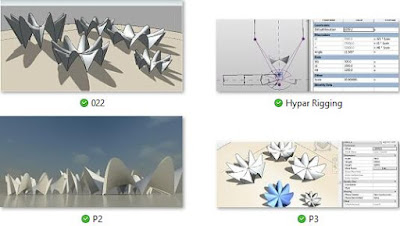 My youngest son was a student in London and whenever I visited him I took long walks to reacquaint myself with this marvellous city that hosted my transition to manhood. I had walked around the outside of the Gherkin and taken photos. I was attracted to the idea that it would showcase my Doric Pumpkin methods while supplying an interesting contrast to Lever House. How long did this first exploration take?  The final image was a source of great pride. For the most part, a simple Revit render, but with just enough photoshop trickery to confound the sceptics. 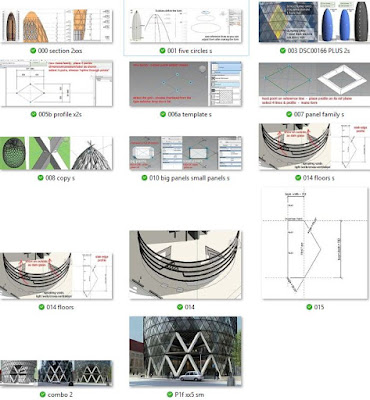 In the next post I discovered the impressive steel framing. Tubular legs braced into an A frame with variable width and inclination to the vertical. Figuring out how the floor plate rotates on each successive floor to create spiral voids was another exciting experience. What a terrific demonstration of the power of BIM as a research tool for the student of architecture or building technology. 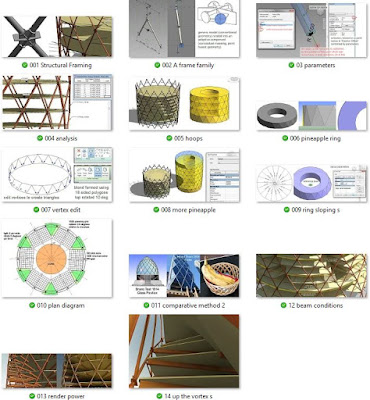 Back to Lever House and more conventional curtain walling. This glass box hides considerable design complexity within its transparent skin. I enjoyed the juxtaposition of massing diagrams with apparently finished renders of an “as-built” model. 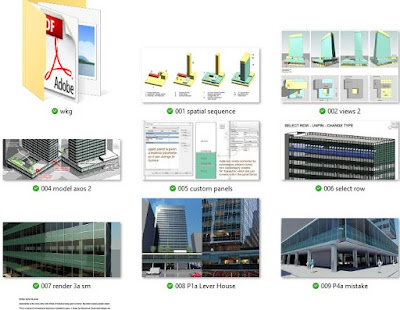 Back to the day job and images from four different projects that we were working on at that time. The master planning study never went anywhere, but the other three proceeded to site. Three different design architects, briefs and site contexts. Sometimes I wish I could have devoted more time to this blog, but I wouldn’t want to have missed the challenges I have encountered in my day job plus the social interaction with people from all over the world. 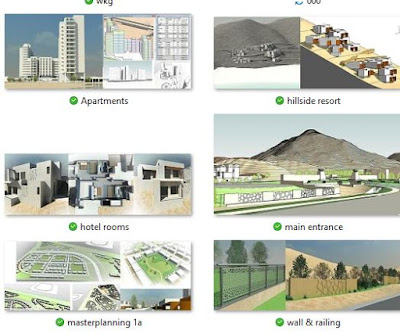 Ronchamp. Was this my first attempt to model a church? Did it really spin off from attempts to model a more conventional church using Conceptual Massing? I had forgotten that. Once again I am stunned by how far I got in a short space of time. All the same the photoshop work betrays my impatience to deliver some usable images from an incomplete model. Quite a lot of cheating going on here. But is it really cheating when you are learning so much in the process? 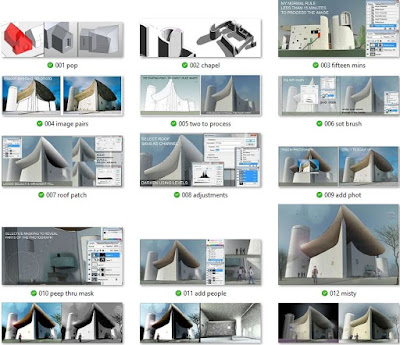 I can hardly believe how productive this period was. Bolstered by the achievements with Corbs little church, I decided to tackle the ultimate challenge, my hero for so many years, and a project I visited in my late 20s when I was still a bricklayer. The wiggly seats had been a topic for analysis when I returned to university as a 40 year old. I wished to portray Gaudi as the ultimate functionalist, and a strong case can be made. The way the seats host conversational groups, support the back, shed the rain, afford views of the distant sea… More smoke and mirrors here, but also some mind blowing learning and skill development. 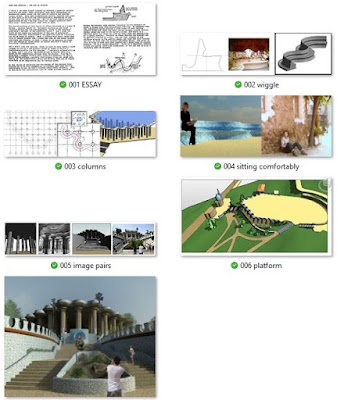 The second Parc Guell post exploits the extraction of topo from Google earth and fairly successful attempts to map an image to the surface. Once again I was learning on multiple fronts at a hectic pace. The forest of doric columns supports a rainwater storage tank by the way. It’s staggering that Gaudi has been treated as a willful stylist who refused to bend to practical needs. I think that’s fallen away to some extent now, but he is still mostly portrayed as a sculptor of fantasies. 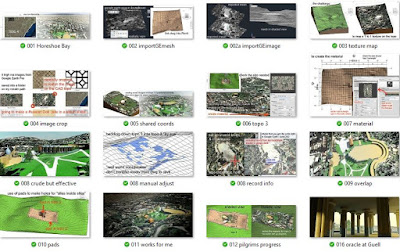 And to conclude… my fascination with language. I had been reading a book by Guy Deutsch which conveys the infinite malleability of Language and its penchant for repetition. Enter the BIM pedants, with almost no grasp of linguistics but an utterly reprehensible wish to defend their position as “experts”. You can’t say “BIM model”, its bad English. Do me a favour. Language is never bad if it helps people to communicate effectively. Idioms constantly evolve and words frequently reverse their meaning, depending on context. Grow up. And more importantly desist from practices that deliver put-downs to people on the edges of BIM.


We need to be welcoming and responsive. If BIM can’t bring everyone in the industry inside its circle, it will surely fail. 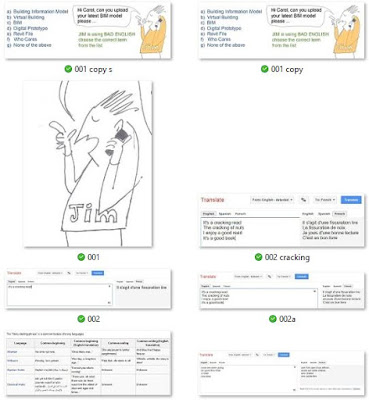 Email ThisBlogThis!Share to TwitterShare to FacebookShare to Pinterest
Labels: Blogging, Way We Build