Yes, well ... Serious shortage of posts this last few weeks.  Hectic preparations for RTC in Porto.  Hope to see some of you there.  Please come up and say hello if you recognise me.

I've been doing quite a lot of stuff relating to Project Soane.  I met up with a couple of people from the Soane Museum when I was in London a couple of months ago and have been inspired to do more background research.  Learnt a lot about Baker and Taylor's contributions, also the early days of the bank before it moved to Threadneedle Street. 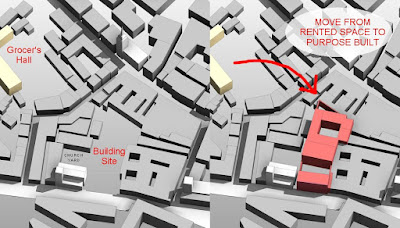 Also been doing some hand sketching with my newly acquire Wacom Cintiq (as well as a small ipad pro)  Neither of them are quite up to pencil and paper yet in terms of feel and responsiveness.  The Wacom is slightly better on this score, as you would expect, but of course the iPad wins on portability.  Here is a sketch based on a photograph I took as a teenager, roughly 50 years ago.  It's a shopfront in Barnsley and speaks of culture change in the retail world, and for that matter in the world of building.  No architects involved in this building.  Possibly no drawings at all.  Lots of trade skills and traditional knowledge instead.  Progress or madness ?  Take your pick.  Maybe a bit of both. 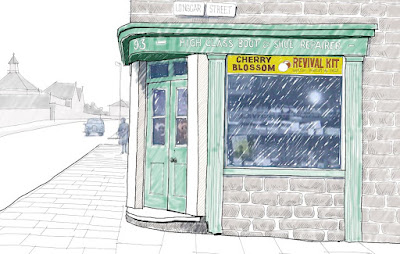 The next sketch aims at fluidity and catches the spirit of one of Soane's early design sketches for Tivoli Corner.  He often went through lots of different ideas before finding one that he was satisfied with.  During that process he would use different media and different people (outsourced wooden models & perspective watercolours; pencil drafted plans and sections by his pupils)  In some ways this is analogous to what we do in BIM, except ours is all digitally connected.

Which is a good thing right?  Well, yes ... and maybe no also.  Perhaps we have lost some of the value of doing a thing two or three times, approaching it from different angles and using different ways of thinking.  We gain in efficiency by eliminating repetition, but there is always a danger of throwing out the baby with the bathwater.  For, example I have been redoing all the work I did on the screen walls around the bank.  Converting the links into generic families.  This makes for a much lighter, more responsive model that is easier to put into multiple phases.  Families know what level they are on and you can have types with different parameter values.  Can't do that with linked project files.

The topic here is the evolution of the bank over a 200 year period, putting Soane's work into a broader context of development.  Of course I was able to reuse most of the family content, so it didn't take all that long, and it has been incredibly valuable.  Makes me think that we need much better ways of working in parallel while maintaining digital connections.  Something like study files that automatically update the main model when you tell them to.  Think in terms of a typical hotel bedroom, detailed out in glorious 3d with correctly modelled taps and robe hooks.  Move things around a bit and a lightweight version updates in the main model which has 347 instances nested inside it.  I don't know of a really good way to do that at present.  But here's some more from my study file.

This shows a family representation of Baker's work, the stuff that replaced Soane's lifetime achievement.  Time waits for no man.  Tivoli Corner is still a link at this stage,  will take a couple of hours to convert that into a family file. (and I've been really busy, read the title)  Also a couple of the modular family files I've been using to assemble the screen wall.  Doing it in this modular way really makes you think about the way he composed his elevations. Most of the time he was trapped into adapting to stuff that had been built before, without an understanding of what would happen next. Like the doubling up of the Lothbury façade, pictured below in two versions.

His initial idea was to follow the site boundary and place a "Temple Front" motif as a grand gesture in the centre. Ultimately it made more sense to keep the wall straight, lose a small sliver of land and move the emphasis to Tivoli Corner.  Meanwhile along Princes Street he started off by building up to Taylor's previous work, then more than a decade later had the opportunity to replace this with something in his own style.  I get the feeling that he wasn't able to resolve this in a satisfactory way.  Perhaps his attention was more focused on the main Threadneedle Street façade, which presented problems of its own. 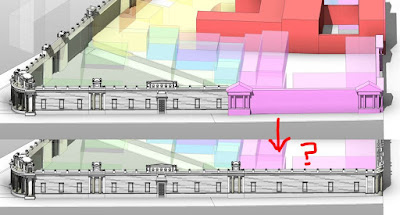 That's enough for one post.  But I'll finish with another Wacom sketch.  This is an early concept for the Tivoli Corner attic.  Lots of typical Soane motifs here and I'm working on my technique.  Trying to find the right balance between speed and style, informality and accuracy.  See you in Porto (or not) 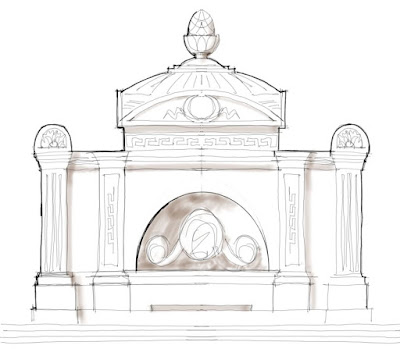 I am frantically preparing myself for RTC Europe, an event which is bearing down upon me with alarming rapidity.  The scarcity of posts in recent weeks can be attributed, in part, to the time I am devoting to working on my conference papers.

First of all comes BCS, a one day event.  I will be giving a short "rebuttal" which will pick up my usual theme that content is a side issue.  The real question is about collaboration.  How do we make collaboration with manufacturers a more digitally connected activity.  The answer does not lie in sticking cans of BIM content on a virtual supermarket shelf. 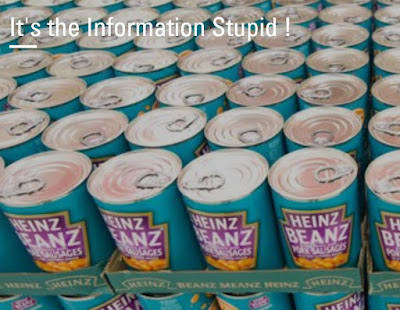 I've been promoting this viewpoint at every opportunity for at least 3 years now.  For example:

It's the Information Stupid (BIM Breakfast)

Then comes RTC itself: my first time to attend the Europe version.  Looking forward to making some new contacts as well as catching up with a few of the regulars I already know from events in the New World and the Antipodes.

My first session is about doors.  One of those content items that we constantly revisit.  Lots of ways to make them.  Lots of different types to consider.  I'm going to share something I've been working on for almost a year now: a "new", modular approach to making doors.  It's a work in progress and although its a "Lab", I don't see it as teaching people how to do something so much as sharing an idea and getting some reactions, maybe sparking off further development.  It's one of the first sessions, so I'll get that one out of the way.

Then right at the end of the 3 days, comes my second session, which is about Project Soane.  This has been quite a journey.  More than a year now, with two big phases of modelling: the official competition stage, and a second stage, this year, carried out on my own initiative and culminating with a visit to the Soane Museum at the beginning of August.  That was really inspiring: a meeting with two very knowledgeable ladies, followed by my second and third tours of the house: one by daylight and the other by candlelight in the evening. 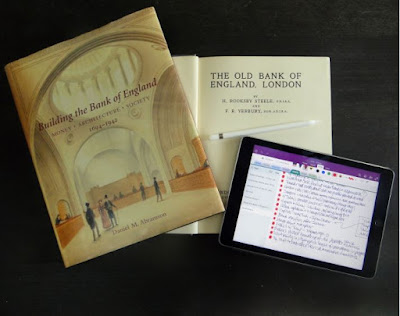 This has prompted a period of reflection and research.  I bought two amazing books while I was in England which between them have given me deeper insights into both the bank buildings and the historical context in which they arose.  Hopefully this will give way to a third wave of modelling once I return from Portugal, and I am hoping to involve more people in this process once again.

Here is an image of the current model.  Taken from a Revizto export.  Many of you will be familiar with this remarkable tool: The feature shown here combines perspective and orthographic views into a very informative composite that can be manipulated and navigated in real time.

The section passes from the main entrance on Threadneedle Street, through Sampsons original, double-courtyard block, to the North-East extension (Chief Cashier, Residence Court)

So the destination is Porto.  RTC is all about people and sharing our ideas and abilities, which is a pretty feeble excuse for my title.  But if you are going to be there, and want to have a chat, please get in touch so we can coordinate.

Email ThisBlogThis!Share to TwitterShare to FacebookShare to Pinterest
Labels: Events, supplierBIM
Newer Posts Older Posts Home
Subscribe to: Posts (Atom)
ABOUT THIS BLOG
All my life I've been fascinated by the way we build: the processes by which we design & construct our world.
The tools are many:
eye/ hand/ brain ... pencil & paper;
bricklayer's trowel ... laptop & Revit®.