EVOLUTION OF THE BANK

I’m going to tell a story.  It’s a history and a cartoon strip.  The main character is an institution called the Bank of England, but we are talking about the buildings that have housed this grand “Old Lady of Threadneedle Street”

If you like the story, you can download it as a pdf at the end of the post.  The format is a cross between a graphic novel and a construction drawing.  This is all created in Revit.  The Grocers Hall is a separate, Linked File and the views are duplicates of each other with different Phase settings.  The grey buildings are in-place extrusions.  The churches and some phases of the Bank are loadable families with simplified representations of the basic massing.

This work is related to the Project Soane model on BIM360 (which recreates Soane’s Bank, as it was around 1830 just before he retired) but it does not make direct use of that model, which is still a “work in progress” although I have not had much time to progress it over the past 2 years. 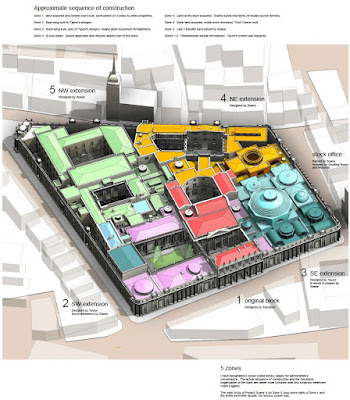 From 1694 to 1734 the bank was located in rented premises at the Grocers' Hall.  This L-shaped building had a paved courtyard at the front, and a garden at the rear. Public business was conducted in a large double-volume Pay Hall in the main block, while the directors parlours occupied the rear wing, overlooking the garden. 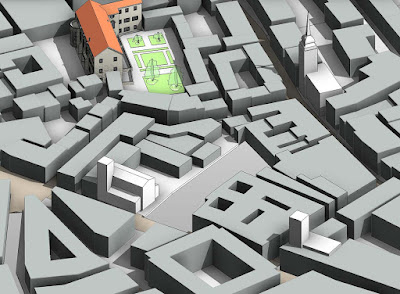 Growing in size and confidence. the bank moved to new, purpose-built premises in 1734.  This double-courtyard block was designed by George Sampson in a conventional Palladian style, and located one block down, right next to the Royal Exchange. 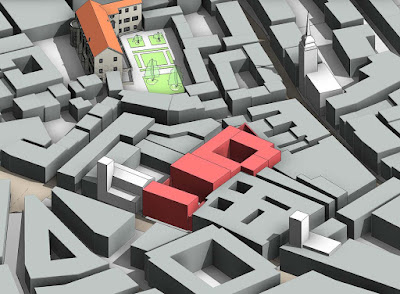 The rough & tumble of private trading in shares issued by the Bank had been confined to small rooms on the upper floor of the entrance block, but as this aspect of their business expanded they bought out the properties to the East and engaged the fashionable architect Sir Robert Taylor to expand their premises in a grand manner. 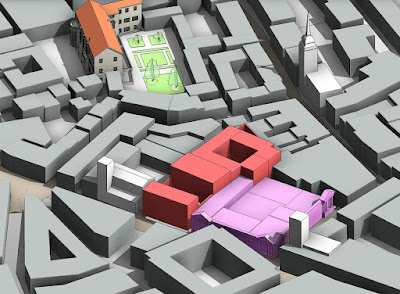 For the next two decades, the bank struggled to find additional space.  The Court Suite moved to new rooms built behind St Christopher’s churchyard, allowing Sampson's block to accommodate more clerical staff. A new records library was built at the back of the site. 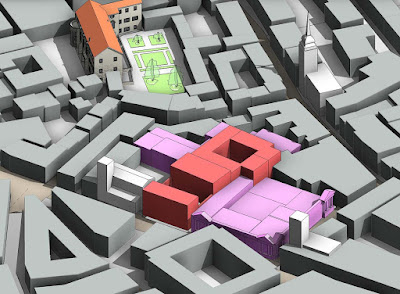 Finally the Bank obtained permission to demolish the church and complete Taylor's West Wing, creating a grand, symmetrical palace front along Threadneedle Street.  The former churchyard remained as a garden court, so as not to disturb the graves.  This was Taylor’s final contribution. 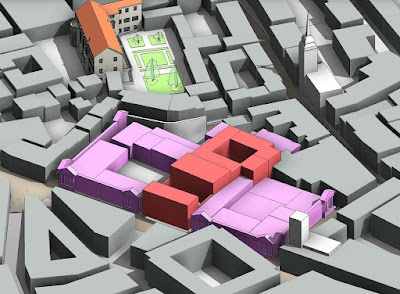 When Taylor died, the governor's appointed John Soane, a young ambitious architect.  He squeezed some new accommodation in around the back of the site before persuading the Bank that Taylor's East Wing had been too hastily built. The roofs were leaking and starting to rot.  He rebuilt the rotunda and two transfer halls using masonry vaults and domes for better security from fire or theft. 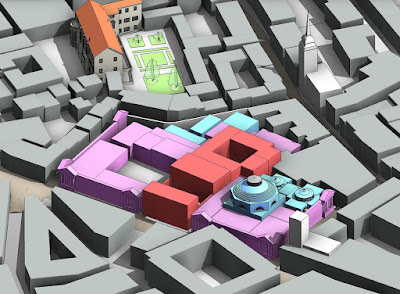 Business was booming and the Bank decided to buy out the rest of the city block and secure the perimeter.  This became Soane's North-East extension which includes Lothbury Court and the Consols Transfer Office, as well as a Residential wing and a new Bullion Gate with Porter’s Lodge. 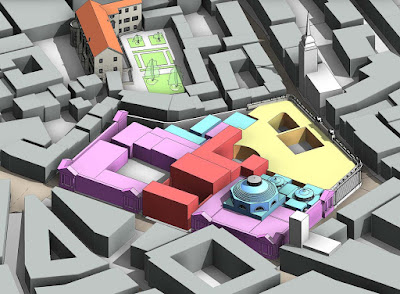 Soane retired in 1833 after 45 years as architect to the Bank.  He had gone on to add the North-West Extension which included Tivoli Corner, the Printing Court and a redesigned Directors Parlours.  He also completed the remodeling of the perimeter Screen Wall, unifying the whole complex and stamping it with his own distinctive style. 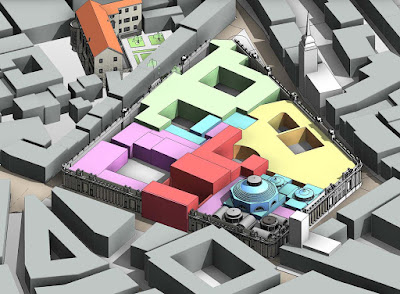 After the first world war, the Bank continued to expand and hired Sir Herbert Baker to double the floor area within the same footprint.  The original intension was to retain as much as possible of Soane's work.  In the event very little remained except for the screen wall, and even that is a stripped-down reworking of Soane’s original. 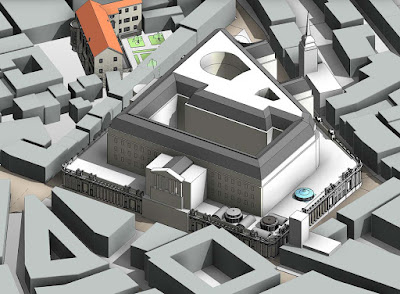 So that's the story.  We will look more closely at the various stages in future posts.  For now, here is an animation of the sequence:  Evolution of the Bank of England over the last 300 years.

And if you want a copy of the drawing sheet, you can download it here.

Bottom line ... this is an example of my attempts to use BIM to explore history, to conduct research and to share the insights that come from using BIM/Revit as a research tool.

I have been studying the Bank of England off and on for 5 years now.  It's a fascinating story with Sir John Soane, the intriguing and inspiring architect at the heart of the main act.  It's high time that I tried to weave my work into a coherent narrative that can be widely shared.

Posted by Andy Milburn at 2:37 PM No comments:

Email ThisBlogThis!Share to TwitterShare to FacebookShare to Pinterest
Labels: Classical Architecture, Project Soane
Newer Posts Older Posts Home
Subscribe to: Posts (Atom)
ABOUT THIS BLOG
All my life I've been fascinated by the way we build: the processes by which we design & construct our world.
The tools are many:
eye/ hand/ brain ... pencil & paper;
bricklayer's trowel ... laptop & Revit®.