John Soane was a collector.  His Dulwich Picture Gallery is arguably the first such institution aimed at the general public.  He built a museum around himself collecting everything from the contemporary social commentary of Hogarth to an Egyptian sarcophagus.  He was part of a group that pioneered the idea of freeze-drying history, preserving, dissecting, framing and mounting.  It seems a commonplace to us.  We now capture and share the most banal personal moments and embalm them in digital databases. 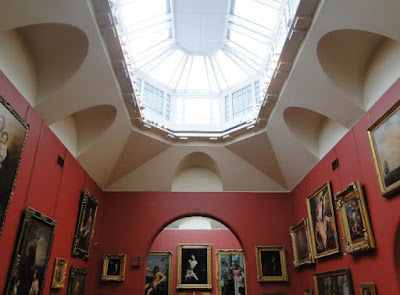 What is a rendered image?  The Building Information Models that I spend much of my time constructing and navigating are living, breathing things: tools for thinking with, records of human interaction.  A screenshot from Revit captures the transient nature of this process, hints at the blundering activity that we call design.  But clients now demand photo-realistic rendering at every stage of a project.

In a way these are much more dynamic and emotive than the crude axonometric world that we inhabit while we work.  But on another level, they are stiff and frozen, products of many man-hours spent arranging a single, carefully composed view.  They are stage-managed and window-dressed, but deliberately contrived to look like casual snapshots of the real world.

This week I decided to model a strange little item from the Bank Stock Office.  I based my work on a fake.  It's a very nice fake, but it's an electric lamp that imitates an oil lamp, and it lives in a museum that pretends to be a banking hall.  This room inhabits the same physical space as the Bank Stock Office (almost, it's been raised 3 steps higher) but it's a reconstruction.  Don't get me wrong.  It's a wonderful place, and I'm glad it's there, but we need to be aware of the distortions that occur when we fossilise things. 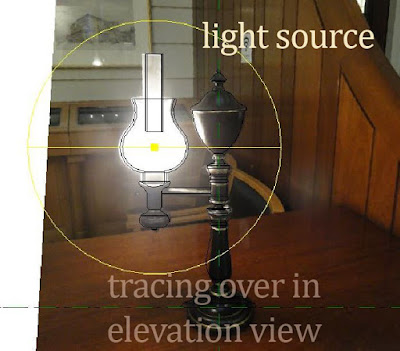 This screenshot from Family Editor shows a picture that I took of the fake lamp, with a series of revolves in wireframe mode over the top.  Then there's a light source (not a real one, a digital fake)  That's a front elevation, as you can tell from the reference planes.  A 3d view shows the 4 revolves more clearly. 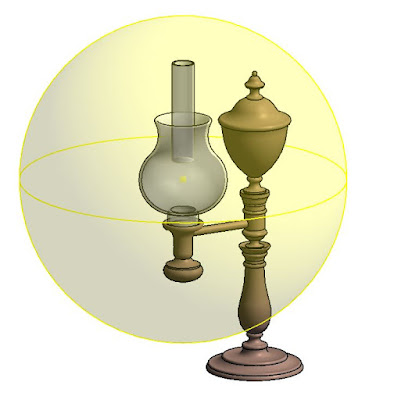 I'm guessing that the urn-like shape is a reservoir for oil (whale oil?) with a lid for topping it up.  Gravity feed seems like a good idea, but how do you stop the oil from just draining away?  In a way it reminds me of a chess piece, the Red Queen perhaps, holding a lamp in her outstretched arm.  I suppose there is some merit in not having the flame directly above the reservoir as is the case with many lamps. 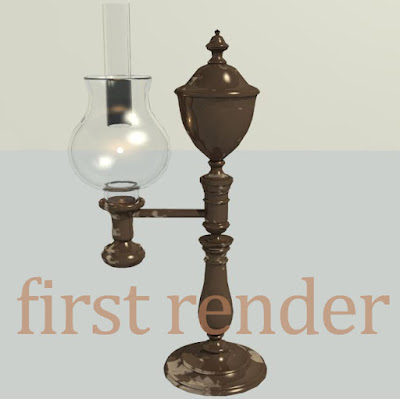 You see what's going on here.  On one hand I'm concerned with creating an image: playing with the material parameters, adjusting the lighting effects.  Cranking up the lumens of the artificial light source so that it becomes visible in the render, giving the glass a self-luminance value so that it looks opal, like the one in the museum.  But in the back of my mind I keep wondering how it works, what the historical significance is, why I am actually doing all this. 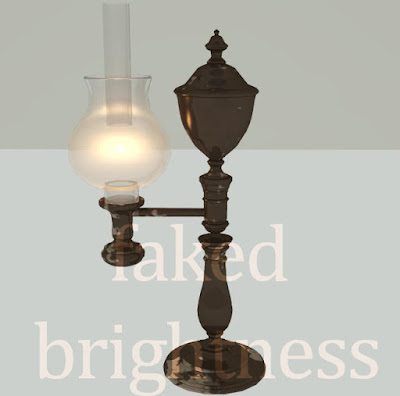 There is a tension between the "fake-ness" of the whole museum-collector thing, and the hunger for knowledge that motivates it.

How was the lamp made, I wonder.  Soane was working at the dawn of the industrial age.  Mass production was about to obliterate the traditional craft processes that generated elegant forms.  The generation after Soane would agonise about this (William Morris etc)  Clearly these shapes are inspired by the wood-turning lathe, and more distantly the potter's wheel. 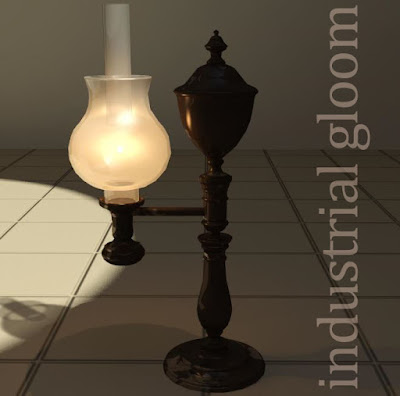 Ironically, the current fakes may actually be made this way.  I never touched them to check whether they are metal.  But as I started to render the images it became clear that the delicate, gilded lines that catch the highlights so well are very important. 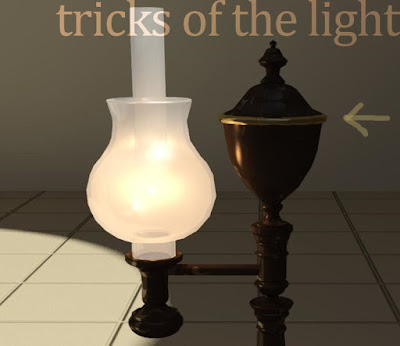 And I couldn't help but wonder whether there is any evidence for this in the originals.  Is this just more inspired fakery perhaps.  (like my decision to place a ceiling with a hole in it above the lamp in my pretend world, so as to create an atmospheric effect around the highlights the glitter) 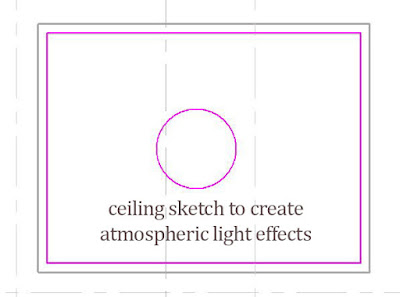 Should I model the little levers and knobs that allow the lamp to function ?  They are there on the current replicas (let's stop calling them fakes)  but probably don't actually do anything.  Why would they, on an electric light fitting? 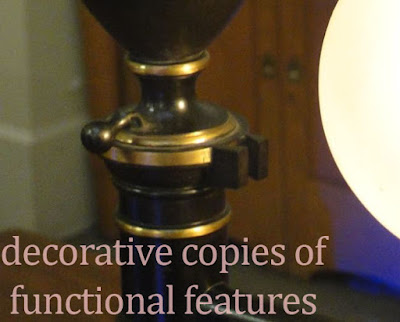 Actually this is an Argand lamp, invented by a Swiss contemporary of Soane who came to England, met up with Boulton & Watt of steam engine fame, and had them manufactured in Birmingham.  This was cutting edge technology, and Soane was lapping it up.  There is a slightly different one, still sitting in the study of his museum/house.  You can see the little wheel for adjusting the wick. 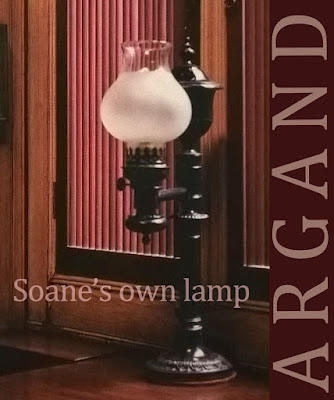 Argand's insight was to make a cylindrical wick and have air pass through it from below, drawn up by the chimney effect caused be a glass cylinder above.  The result was a much brighter flame, more efficient burning of the oil.  I found a diagram of the gravity feed mechanism, but I still don't fully understand it.  Something to do with atmospheric pressure and vacuums I suppose. 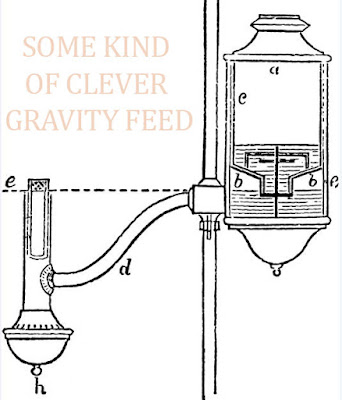 I'm struggling hard to imagine the world that Soane inhabited: fascinated by ancient history, in thrall to classicism, but studying it all through the lens of scientific enquiry, analysing and measuring.  And all around him things are changing.  Suddenly you can work at night in a much clearer light: drawing, writing letters, studying your specimens while outside the London fog swirls around the lamplighters busy adjusting the new fangled street lights paid for by the joint contributions of all the property owners of Lincolns Inn Fields. 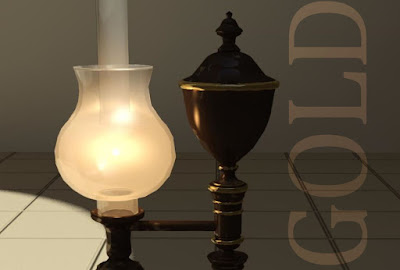 So I added more golden rings, tweaked the luminance, fiddled with the background, placed a second lamp and adjusted the composition of my image.  Chiairoscuro, shades of Rembrandt perhaps, allusions and illusions of the unconscious mind. 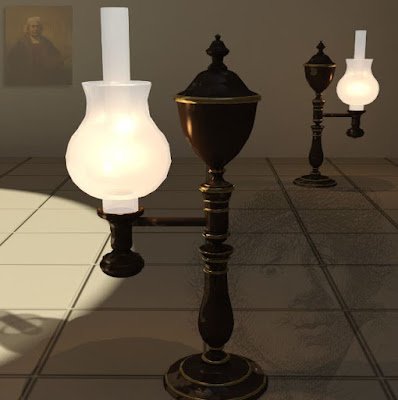 Or does a diagrammatic approach better represent my thinking processes here?  Hand-drawn notes and arrows, more cubist collage than baroque theatrics ...  But spare a thought for the whales, whose numbers were decimated by Argand's creativity and Soane's enthusiasm for new technologies to illuminate his workaholic evening labours. 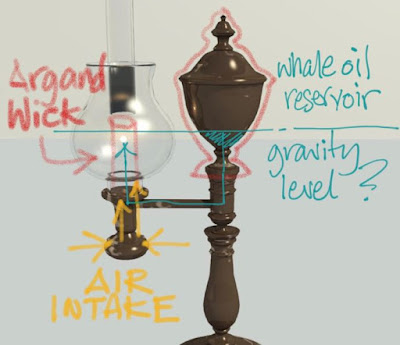 On the other hand perhaps their several species may well outlast the sole surviving hominid (sole, if you choose to discount our close cousins Pan Troglodytes and Pan Paniscus) 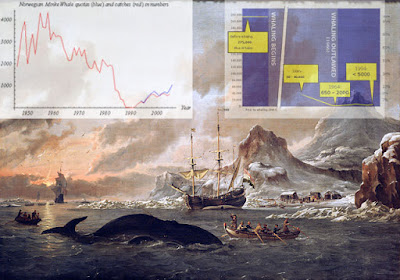