“Love is a burning thing, and it makes a fiery ring” and so we fall into the Temple of Vesta as the flames grow higher in this quest for a comparative architecture by the BIM method.

Two temples to the Goddess whose sacred fire burned in the hearts of Romans in pre-Christian times.  They are both circular, to be more specific a Tholos: a cylinder surrounded by a ring of columns.  Vesta was rarely represented in human form, instead she was the fire itself, kept burning in the centre of the temple by the vestal virgins. 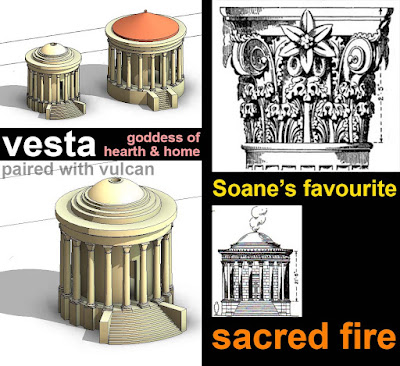 These two can be found in Bannister Fletcher and they are relatively close to each other in Rome and Tivoli.  The one at Tivoli uses a distinctive variant of the Corinthian capital which was John Soane’s favourite.  Not much use of parameters here.  I did form the columns as a dynamic array.  Sources disagree on the original roof structures which collapsed long ago.  I have chosen to show one as a dome with a central oculus for the smoke, and the other as a shallow cone in timber and tile.  The smoke can escape through the gaps in the tiles. 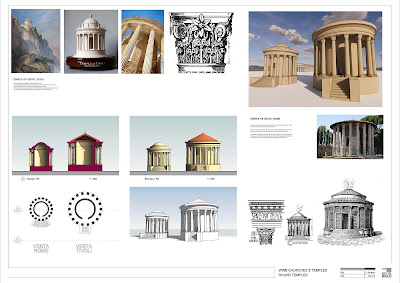 Once again, I have set up a sheet to condense model views and reference images into a “single sauce of truth”. The Tivoli location is full of drama, overlooking a waterfall.  The small plaster model was commissioned by Soane himself. Some liberties taken perhaps. 😊 I think we will forgive him.

The remains of the version in Rome itself, on the edge of the Forum, are a pale shadow.  The entire entablature is lost, and a tiled roof sits directly on top of the columns.  Also missing is the plinth, submerged no doubt in centuries of accumulating rubble. 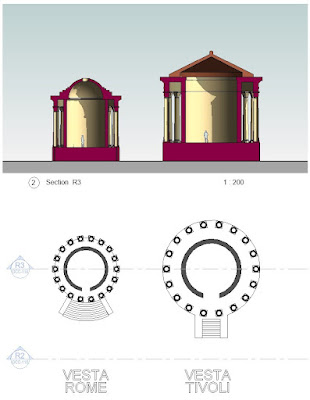 I really must make a little family to represent the central fire.  That will be fun, scope for some imaginative design, two different versions perhaps.  And how to represent the fire / smoke.  Can this be animated in Enscape perhaps?  Volunteers?

It’s a commonplace observation these days that, having outgrown Christianity, western liberal atheists (like me) have invented simulacra to fill the void.   We have heresies and excommunication (cancel culture) end of days scenarios (climate crisis) taboo words, purity rituals, the works.  I like to think that I find my sense of the sacred in artistic pursuits: painting, music, the kind of studies presented here. 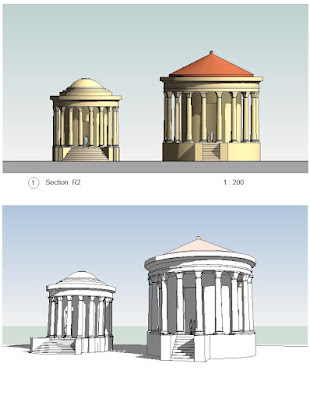 But is this enough?  Can society hold together without sacred places and rituals of some kind.  Opportunities to gather together and feel part of a greater whole.  We have football matches and rock concerts, but do they unify, ultimately? Of course the church was always subject to commercialization also, but found ways to purge itself periodically perhaps. 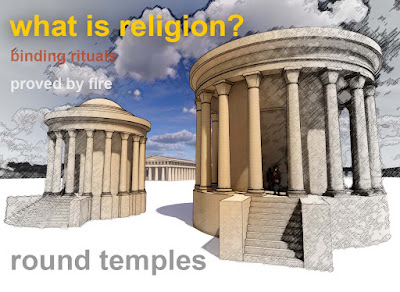 Difficult for us imagine the world of 2000 years ago when these temples were part of daily life.  Perhaps the daily rituals of the Hindu world are closer in spirit than modern Christianity or Islam.  What do I know?  But it's interesting to think about these things, to put our lives in the context of thousands of years of human history.

I’m pretty sure that there is something deeply embedded in the human condition that wealth and reason cannot fully satisfy.  Something that sacred spaces and communal rituals used to nourish, still do for many perhaps. I think we have much to learn by studying the past, but I doubt that we can simply turn the clock back.