I grew up in these streets. Walked that route to junior school hundreds of times. More often than not I returned home for lunch. I was a very choosy eater. Sometimes, when I had to stay for school dinners, I would have mashed potato and gravy for first course, with a bowl of custard to follow, those being the only items on the menu that I was willing to eat. 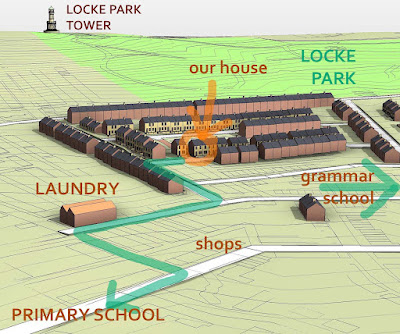 Sadly I have struggled to find any images of Agnes Road Primary on the Web, which is a shame. But I do have one snapshot, taken in my late teens when we were starting to treat photography as an extension of the painting and drawing that had long been my greatest passion. 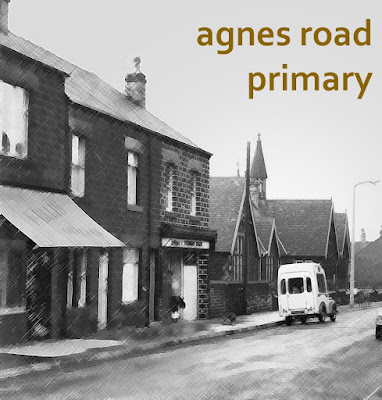 So I have decided to use my BIM pencil as a tool for exploring my schooldays. It started with the viewing tower in Locke Park. Joseph Locke was a Barnsley boy who made good as an engineer in the pioneering age of railways. His statue in the park named after him made a strong impression. 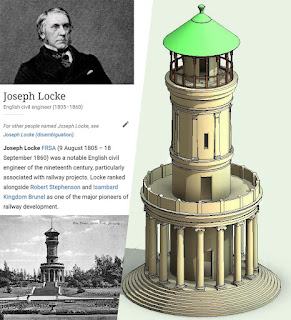 I played football and cricket in that park, took great pleasure the slide and swings in the play area (long since demolished on safety grounds) . There was a greenhouse we used to walk past with a banana tree inside. That seemed so exciting and exotic. I never imagined I would have bananas and mangoes in my own garden some decades later.

It's early days. Just putting in the hours building up the model. The big payback from a BIM model comes down the line, a cumulative benefit. But already the memory cells are sparking. I had forgotten the laundry building on the corner of Day Street. Some of the houses had outside toilets still but we were very proud to have a separate toilet and bathroom at the top of the stairs. 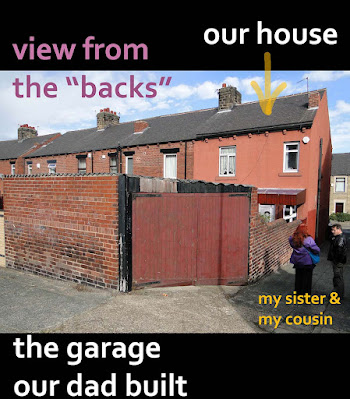 I can still remember the coal man, coming to deliver our only source of heating. Carrying hessian sacks on his back and tipping the contents deftly over his shoulder into the coal cellar under our front door. There was a cast iron cover in the path which could be secured from inside. Can I model these kinds of throwback details at some point? What about the clothes drying rack in the kitchen that could be raised to the ceiling on little pulley wheels? 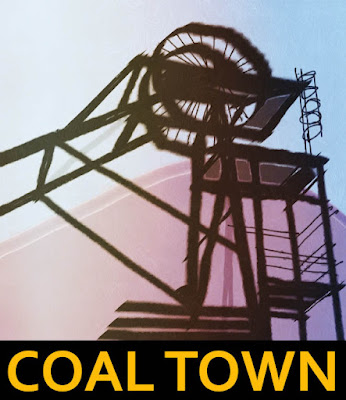 Barnsley was a coal mining town. But later on, gas heating came into vogue, mostly to do with keeping the house clean. We hadn’t discovered carbon guilt yet.  It may have been coal gas still at that stage.  North Sea Gas was more of a 70s thing as I recall. I do remember the tiled mantelpieces being removed from the downstairs rooms, vaguely art deco, so perhaps not the original fireplace surrounds. I’m guessing that those streets were built around 1910?

I downloaded a square kilometre for free from Cadmapper. Perhaps there are better ways to get topography and street layouts, but this has worked for me several times now. I'm doing rapid sketching here. Broad sweeps of the BIM brush. Trying to distill the essence of this place and squeeze out a few drops of meaning from the world I lived in more than 50 years ago. 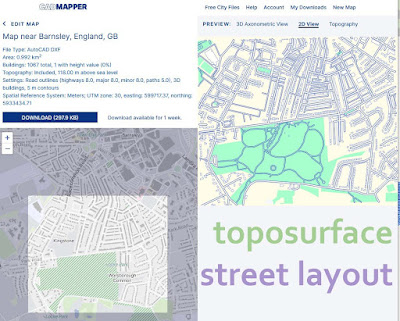 So I have a low res toposurface which I elevated to roughly the right height above sea level, using Google earth and Revit shared Coordinates. Street View is great for this exploration. No 3d buildings available for Barnsley. You may have ways to automate more of this but I actually want to build it myself. The whole point here is to revive memories and build insights into the physical environment of my childhood.

Where possible I will wind the clock back to 1965 and represent the world as it was then. I don't need to be super accurate or pick up the fine detail. Some features can be very generic.

I'm using pads to represent the streets, simplifying them in both plan and section. Cheating here and there to get past some of the anomalies I can't quite understand. 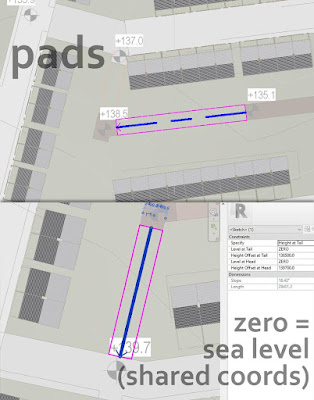 There was a bungalow behind us with a large garden. Not directly behind but visible from our back garden. Mr Ray? He had some kind of small business, a builder or a garage. Seemed like a rich man in my imagination. I'm guessing it was a gap in the street caused by a stray bomb from WW2. The bungalow was certainly post war style and completely at odds with all the other stone fronted terraces of the area.

The "backs" were a great place to play. Ours was an end terrace, with a brick gable wall facing the back road that climbed up from Park St to Spencer St. How many hours did I spend kicking or throwing a ball against that wall? 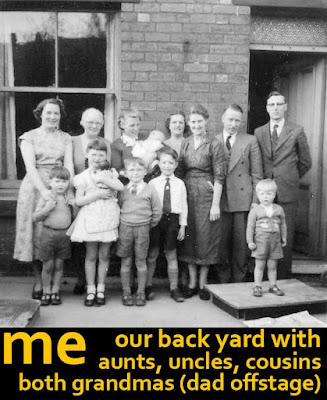 The houses are developed from the families I created for my nordic church studies. There are several levels of nesting, but no performance issues as yet. Hopefully I can represent half a dozen different house typologies eventually, from the all brick 2 up,2 down cottages with front doors straight off the pavement, to the larger, Gothic revival or classical villas that were mixed in here and there.

BIM is essentially an integrative activity.  Collect data from a wide variety of sources and connect them together in a way that makes the sum greater than the parts.  So I will continue to find old photos and drawings of my own, images from the web, hand sketches that I create “on the spot” and my Revit model of Barnsley to link it all together. 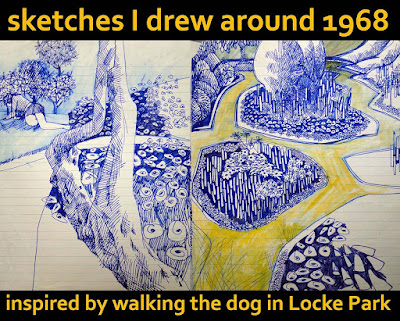