You can skip this post, it's just a bunch of photos

I'm in Vegas now, at my first ever AU.  This is the furthest West I have ever been in the US and shortly I will be going the furthest South, visiting my daughter Wendy in Tampa, Florida.
My last 2 weeks in Dubai were pretty hectic: rounding off my work, and fitting in a couple of talks at local BIM events.  The invitation to give an "Architect's Perspective" at Mott Macdonald's annual global BIM seminar came at fairly short notice.  The focus of the event was mostly on the infrastructure side, so it was pretty easy for me to offer something "completely different" as Monty Python used to say. 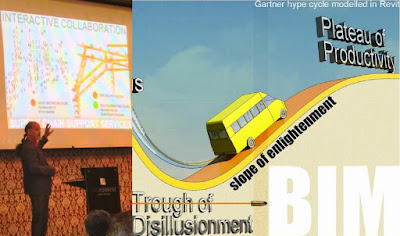 Rather than do a long post on that, I'm going to make a page that links to my various talks over the years.  Be patient, it will happen.  I tried to focus on three main points:  Inclusivity, Interactive BIM for suppliers and manufacturers, and making BIM fun (aka taking a broader view than the usual narrow business focus)  These are 3 of my favourite hobby horses of course.  We BIM addicts are very skilled at talking down to the uninitiated, putting walls between ourselves and "designers" etc etc.  I had a good time. 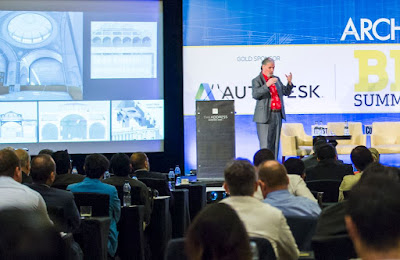 Then there was the BIM Summit where I got to talk about Project Soane.  This was an excellent opportunity to gather my thoughts a bit after all that hectic research and modelling.  It was organised by the ITP guys, a publishing group that had previously run the BIM breakfast series in Dubai.  A number of people there who hadn't seen me since I lost a lot of weight.  Nice to catch up and just to cap it off, it actually rained while we were inside.  That's a pretty rare event in Dubai, but we do get one or two showers at this time of year.  Always exciting. 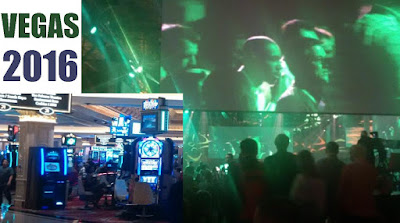 And Vegas.  What can I say?  The hugeness of the event.  The loudness of the location.  The excitement of the moment.  The pleasure of meeting up with some of the people who made Project Soane possible.  Friends old and new.  Young people displaying scary amounts of energy and enthusiasm.  Definitely something to do at least once.  Of the 2 mega-sessions I preferred the closing remarks, less US-centric, more open to the dual-edged nature of those technological swords that Autodesk purveys.  I have always been an optimist and an embracer of digital tools, but I fear for the uncritical worship of robots and 3d printed buildings that is currently in fashion.  Yes, of course these are important technologies for the future, but like GMO foods and nuclear reactors they also come with risks.  I live in a region where hundreds of thousands of lowly paid workers from less-fortunate birthplaces toil to support large extended families back home.  For the globe to remain politically and climatically, viable (I almost said stable, but that would be hoping for too much) we have to balance the runaway technologies of THE WEST, against the human needs of EAST & SOUTH
. 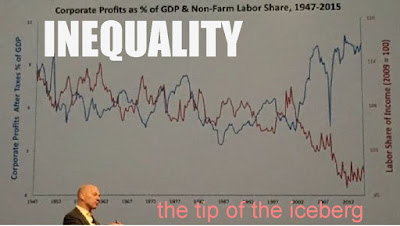 Here is a graph from the opening session, almost the only note of honest doubt on display.  Even then, it only describes inequality WITHIN THE USA.  If there is a growing gap between the corporations and the workers in the richest state ever... well you catch my drift.  As sea levels rise and the itinerant labourers of Bangladesh lose their jobs to robots, the current "trickle" of migrants from Syria could well be dwarfed by future waves of human despair.  We need a balanced view.  I embrace new technologies, but I use them to reflect on our history as a typically flawed species, perfectly capable of fouling our own nest (like any other).  Which brings me back to Project Soane and the bank that stored coal and gold in it's cellars (those firm foundations, inverted arches, financing war and providing a platform for the industrial revolution that would convert coal into gold by way of the steam engine and child-labour on factory floors.  Birth pangs of our digital paradise ? 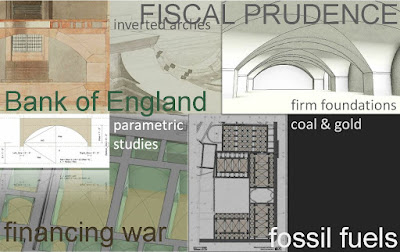 I haven't yet seen a public anouncement in the Press, but it was stated at a session in Vegas that I won the Sir John Soane Award for my contributions to stage 1 of the cloud-sourced reconstruction.  I'm taking a breather from the bank just now, but I do intend to take that work further, and hopefully to involve more people from around the world in the process.  I attended a planning session where a group of energetic young people showed enormous enthusiasm for pushing the project forward.  Fantastic work, people and it was an honour to meet you all.  BIM has a huge potential in education and research that remains largely untapped.  I see it as an amazing tool for exploring the human condition.  Isn't that more important than chasing ROI ?  I certainly think so.

First time in Vegas was followed by first time in Florida.  My picture raises a bunch of questions.  How come a historic building in Tampa is full of Middle Eastern references ?  Do you see the irony in driving out the Spanish, (who had themselves driven out the muslims from Iberia) then glorifying/trivialising the vast cultural legacy we inherited from Islam with a resort hotel.  And what about Ybor City ?  How come I have an African daughter ?  Why is she taking selfies with a wooden "indian" (representing the original out-of-africa migrants who colonised the new world in ancient times when "the whites" had barely reached Iberia.)  Which is the most scary: the fact that we butchered "indigenous" peoples with such gleeful abandon or the fact that the microbes we carried with us did most of the damage?  What should worry us most: the social unrest that our addiction to the white heat of technology may trigger, or the diseases that ever larger cities and genetic meddling risk unleashing ?  Last one: can we learn from history ?  History itself suggests not, but I live in hope :)

Wendy and I spent an interesting afternoon at the Dali museum in St Petersburg. It features a central staircase that evokes his extravagant moustache.  The early moderns exploded on art and architecture a hundred years and more ago, changed our world, helped to unleash the breathless charge into oblivion we now face: a constant barrage of images and ephemeral stylistic trends.  Why do their works stand out so starkly, bold and original ? Is it just that they operated in a much smaller space, before photographic images proliferated and gave birth in turn to the infinite world of image searches and smart phones in every pocket ?  Can we ever recapture the shocking clarity of Le Corbusier or Wright or Mies ?  Would we want to ?  And what of John Soane ?  Did he kick this whole process off ?  He and his generation, who let the fossil-fuel genie out of the bottle.  I've been watching Elon Musk advocating carbon tax as the simplest way to save mankind.  It's become such a cliche.  Men in casual black "business casual" pacing around large stages offering "Ted Talk" insights.  Flashback to Carl Bass and the future of making stuff, IoT, robocop, virtual surreality.  But Elon is a little different perhaps, it's not all "bigger,better,faster" ... "bring it on" ... "isn't it wonderful".  There is a recognition of "the progress trap", the need to step off the carbon treadmill, the dangers of business-as-usual/growth is good/change addiction.  Is it because of his African roots?  Could a company like Autodesk develop a more nuanced, less US-centric vision of the future ? 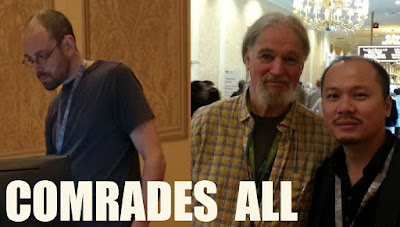 Finally, I don't have pictures of all the wonderful people I interacted with in Vegas.  Those conversations are the most important parts of a conference experience in my view.  So the last image is simply a placeholder for the many others who shared thoughts or gave me a hug.  Zach was one of the first to greet me, and Philip one of the last.  Thankyou everyone, and a special mention to Steve Stafford, who took the time to have dinner with me in Dubai on his way home from a week in Abu Dhabi.  Steve's blog is very different from mine (as it should be) : thoughtful, balanced and penetrating observations on the daily business of using Revit; not afraid to point out flaws, but never carping or preaching.  Thankyou Steve, I rarely miss a post.
Posted by Andy Milburn at 10:55 AM

Email ThisBlogThis!Share to TwitterShare to FacebookShare to Pinterest
Labels: Events