VILLEIN = Low born rustic : peasant, farmer, yokel. I've been reading a book about feudalism: a time when simple folk looked for protection in the face of marauding bands by swearing allegiance to a lord. Let's hope that current instabilities don't drag us back in that direction 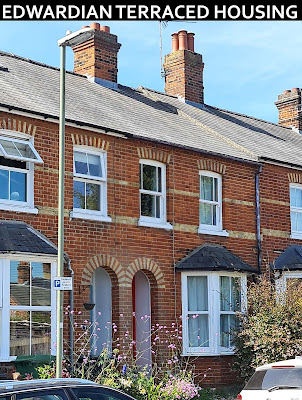 I'm just back from two weeks in the UK. So exciting to travel again after all the pandemic nonsense. Not that a novel respiratory virus is a small thing. I am on the edge of the vulnerable age group and I did my best to behave responsibly in terms of social distancing and vaccination. But I was never in favour of compulsion or shaming and the politicisation on "both sides" was sad to see. 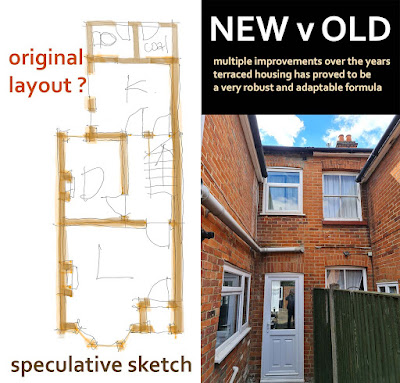 My biggest worry now is the knock-on effect of the lock downs. We in the "developed world" are feeling the pinch, but that is nothing to what the weaker economies have been going through. I have personal knowledge of young people in Africa whose small businesses were ruined by lock downs and I think we will be very lucky to avoid mass starvation in several countries this winter. Let's hope I am wrong. 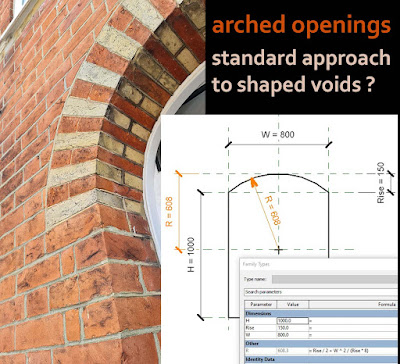 While in the UK I stayed in a terraced house whose age was in question. The row was clearly Edwardian, but for some reason the last two houses were thought to be much younger. I love this kind of puzzle and have long admired the terraced housing that accompanied that extraordinary burst of human flourishing we call the industrial revolution. 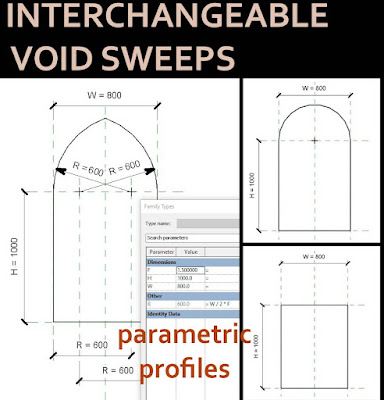 Naturally I decided to build a Revit model, taking what I deduce to be the original “as built” as my starting point. Just one quick session, so there’s a long way to go, but it’s always a useful way to ask some deeper questions about how a building fits together.

There are segmental arch windows and a half round arch at the front entrance. So for my second Revit session I decided to develop a better, modular approach to arched door and window families. 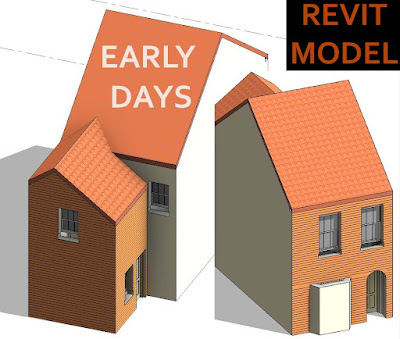 Different kinds of arches require different approaches to parametric control of the arc segments. Plus there will often be need for parallel curves for frames and panels, rebates etc. 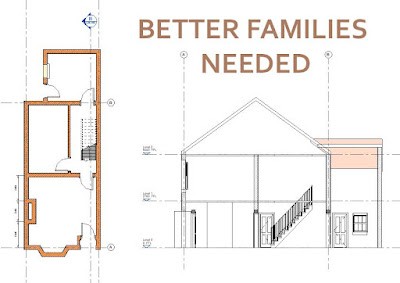 I decided to set up profile families to develop the necessary constraints and formulas for each type. These can be used to create void sweeps that cut wall openings, whether simple or rebated, and the same formulas used for nested frames and panels / sashes. 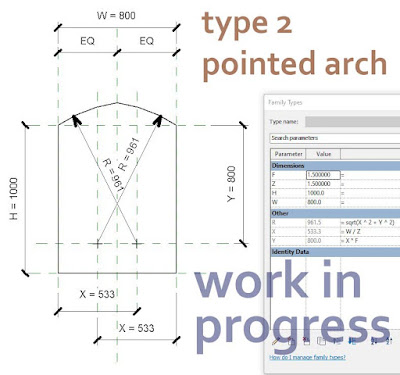 Not even halfway there yet, but I’m happy to have made a start. The terrace house typology utilised by hundreds of builders across the UK is a beautiful example of evolutionary radiation in the #waywebuild. Dozens of species and subspecies, hundreds of point mutations. Hope I can take this exploration a lot further. 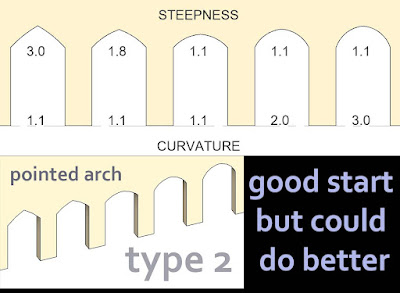 The Gothic arches are quite tricky, especially when they head in the Tudor direction. Maybe I will go a bit further with the segmental and half round next so as to progress that house type further. So many different studies I could be doing, but took me a couple of days to recover from the travel to be honest. Biological clock ticking away. 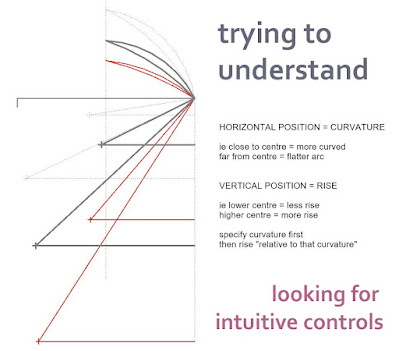