International City is a pretty vibrant (messy) suburb. Somewhat unregulated, very hot and dusty. I've been living here for 15 years. Like much in my life, I just kind of stumbled into it but it's worked out pretty well.

This is a drawing I did in 2016: digital sketching over a digital photo. Tried to catch some of the action on the street, the "lived in" feeling that transforms mediocre architecture into a place called home. 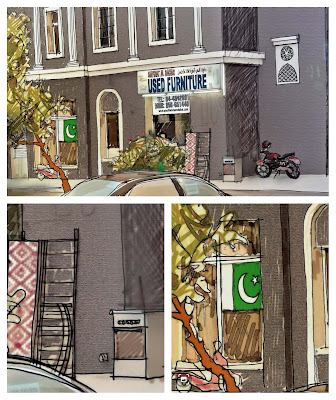 People notice the pace of development in Dubai. There is a lack of obstacles to coming up with a wacky concept, securing land and pushing it through to completion.

Hence the place I live, with clusters named after nations. Apartment blocks styled to vaguely resemble regional vernaculars. It's possible to assemble a flattering set of images. And I do enjoy living here. It also has a squalid side, of course 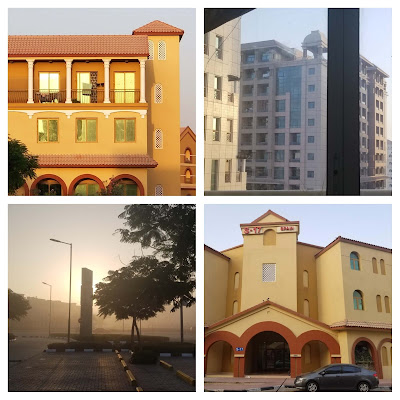 These paragraphs are all taken from my LinkedIn posts, in this case, a comment.  Use of coral as a building material in various parts of the world.

Coral also used in the old merchant houses along the Creek in Dubai with their internal courtyards and wind towers. 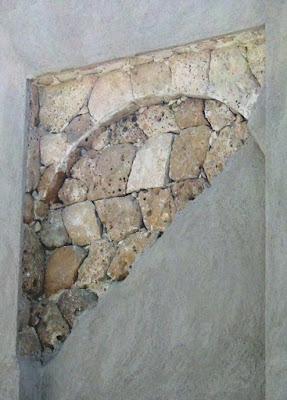 Proud to have worked on this project for Hilton in Riyadh. Yet another innovative scheme by the concept design team at GAJ. I was involved in moving the work into Revit for Schematic Design, gradually tailing off my input as it moved into Detailed Design.

Images here of the Revit model in cutaway 3D, area plans for checking compliance with the brief, part of a facade details sheet and the finished building.

Such a privilege to remain hands on, helping to realise great projects for Brian with a brilliant and diverse GAJ team. 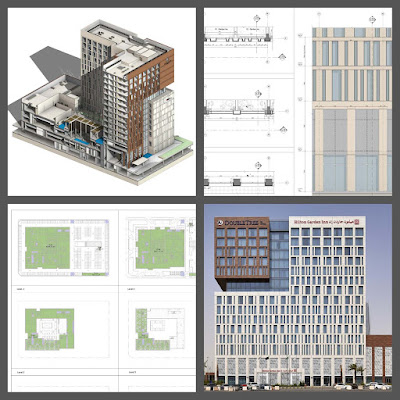 We have delivery bikes galore in International City both pedal and motor. I'm guessing that hey live mostly 3 & 4 to a room. It doesn't rain very much at all, but when it does the roundabouts all flood. Storm in a teacup, its all gone in a day or two.

In the UK they panic if it hits 40c Here we go crazy if it rains two days in a row 🤣🤣🤣
The architecture is a bit amateurish, better not look too closely at the classical detail. But it lights up quite nicely at night.

Front side of the building that I live in. Nice to live in a place where the walls are not quite parallel. 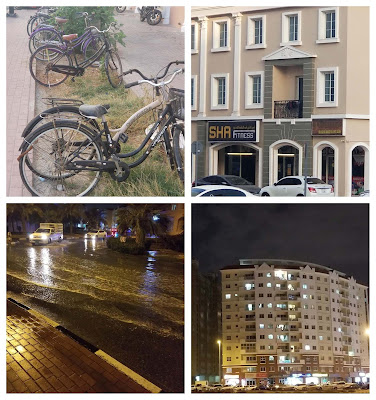 Flash back to 2009. Fete de la Musique at the Madinat Jumeirah in Dubai with my little trio “out of the blue“ That name was meant to capture the spontaneity that I value so much in musical moments.

Two images from my Revit work at the time. A crescent shaped tower that my boss has been hoping to build in Sharjah for at least 20 years. And some 3D detailing for bay windows that I was very proud of at the time. This project was set back repeatedly by knock-on effects of the financial crisis. Never seen photos of the finished villas 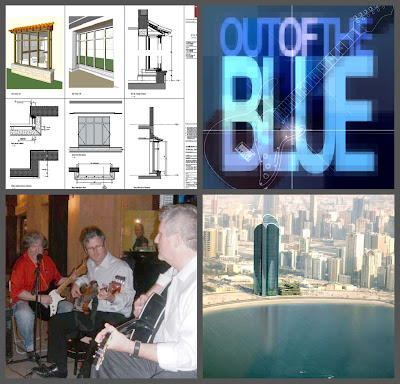 Shop turnover is pretty high which probably means people are pushing the boundaries, looking for ways to hussle a living. Seedbed of creativity.

That crane two doors up from me has been Idle for at least ten years. Looks romantic against the sunrise and next to a palm tree. Not so much when I walk past it to buy some milk.

There were no mosques here when I first moved in. Just a couple of temporary locations. They have been popping up one by one since then.

One act of piety that is quite common if you keep your eyes peeled. Putting food and water out for the feral cats that scurry around the basement parking areas in Dubai. 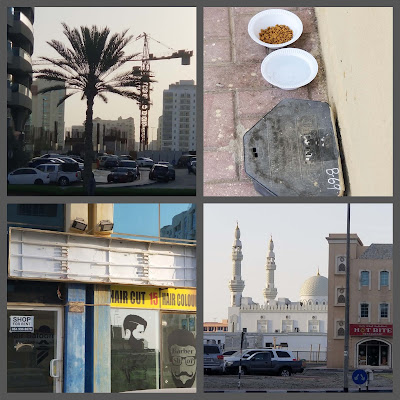